Remember back when the image of your local police officer wasn’t as distorted as it is today? I do. 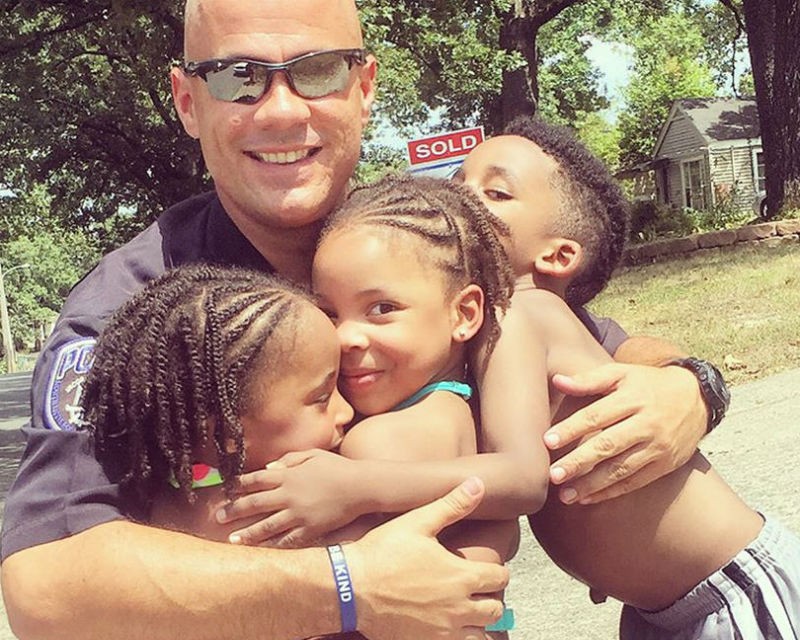 I now watch the nation bristle at the attacks over the past weeks that have resulted in the deaths of a total of eight police officers in Dallas and Baton Rouge. I feel like I am once again at a crossroads of conscience.

Today, I see slow simmering fervor over whether these recent incidents in which black men used automatic weapons to stalk and kill law enforcement are unfortunate anomalies or a precursor of things to come. I came across an article in the Washington Post that seems to suggest hat cities with more female officers have far fewer incidents of police brutality and police involved shootings.

“Women in policing make a difference a big difference they make for a better police department. Havent you wondered why women police are not the ones involved in recent officer involved shootings? After all, they are usually smaller, somewhat weaker in physical strength, and yet they dont appear to shoot suspects as often. This should be something our nations police leaders need to realize. Police leaders also need to work a bit harder in making sure the ranks of our nations police are diverse both in terms of race and gender.”

Also, a study produced by Joscha Legewie of Yale University and Jeffrey Fagan of Columbia Law School titled Group Threat, Police Officer Diversity and the Deadly Use of Police Force seems to suggest that cities with diverse police forces have fewer officer involved shootings and incidents of police brutality.

Through the pain of my personal experience and the collective experience of the Black Diaspora in America, I think about the number of cops out there who have attempted to become whistle-blowers like Michael Wood, formerly of the Baltimore Police, speaking out against police brutality and racial profiling and 20-year Baton Rouge PD veteran Nakia Jones following the shooting of Alton Sterling.

These people should be commended by the police brass and the community alike for being brave and risking their livelihood to cast some light on shady dealings. But they largely have not been. I say this with the full knowledge that these individuals are not the norm. In fact, last year, there were allegations that the Memphis Police Department had threatened to demote Black officers who complained about racism.

Over the past few years, Arkansas officer Tommy Norman has been plastered all over the internet with pictures of him sitting and playing with little black children. There are likely hundreds if not thousands more Tommy Norman’s across the nation. But it’s a bit difficult to see these twinkling little stars against the backdrop of American law enforcement’s racist beginnings and the fact that some practicing white supremacists, like the LAPD’s infamous Mark Furman, are hiding in plain sight.

Perhaps the only way to insure that more good cops step forward, both in the heat of the moment when lives are on the line and in the communities they police everyday, is by acknowledging the sacrifices they’re attempting to make, financially supporting those who do lose their jobs when speaking out and acting toward the betterment of Black and Brown citizens via GoFundMe and similar sites, and at least begin opening up to the idea of having a conversation with law enforcement – especially so for Black males.

Hey, nobody said it was going to be easy. But by celebrating the good and drawing them toward us, we isolate the obviously bad.

Admittedly, even when officers proven to be derelict at best and murderous at worse, local D.A.’s and the Justice Department are either in cahoots with, powerless to counter, or are just scared of local policeman’s benevolent associations and unions.

But at least in isolating them, we know who they are. Making this strictly a black against blue issue is a stinking, gaping, gushing wound of which the continued refusal to treat will result in amputation as being the only cure.