When Barack Obama’s unprecedented tenure is over and history reflects on the country’s first African-American POTUS, he will always be able to say, “But I killed Osama Bin Laden,” and despite the criticism (warranted or unwarranted), that is a feather in his cap that he can call macaroni all day.

Roger Goodell, who is on his last legs as NFL Commissioner, was trying to have his Obama moment in this Tom Brady situation (witchhunt), which was bogus on so many levels from jump. Instead Brady can brand his triumph on Thursday as “The Final Destruction of An NFL Commissioner.”

Brady, a prideful dude with a mean, competitive streak as wide as his million dollar smile, put on his militant mask, got on his Public Enemy, fought the power and broke up the plan.

I always wondered why the NFL would go after its No. 1 guy on some silly football tampering charge.

Outside of New England, Tom Brady has few fans on Sunday, but Monday Saturday he is probably the most revered and respected and feared player in the game. It didnt make sense to me that the NFL would attack its golden, billion-dollar baby with such malicious intent unless they had a larger motive.

Bin Laden was hated by 95 percent of the world. Brady is a rare player whose immunity to all things negative or controversial was just an accepted function of todays NFL marketing machine. 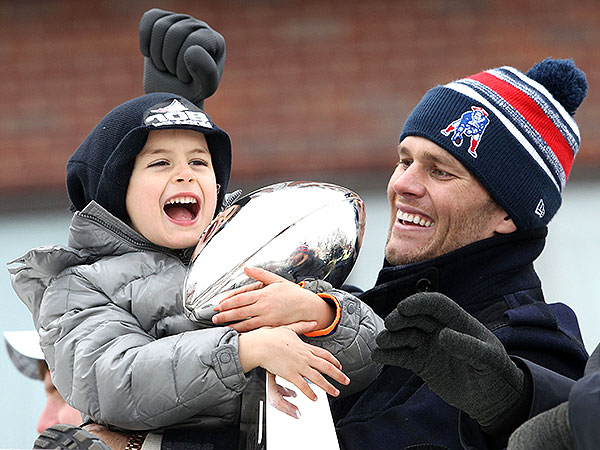 With all of the drama the NFL has been involved in from domestic violence issues to player arrests and a questionable, intolerable locker room culture, why would Commissioner Roger Goodell and his cronies go after a player some deemed as untouchable” and “impeccable in character?”

Terrorism needed a face to galvanize the patriotism of the people. That was Osama. On the other hand, everybody needs a hero and for millions of kids in America and a large majority of football fans, Brady is that dude. Either way both guys were coveted targets of agenda-motivated assaults.

Some believe that politics is Brady’s calling after football because he already has the total package: model wife, movie star looks, elite celebrity, a Colgate grill, and if those things arent enough, hes the best QB in the game.

Somewhere in between the original media frenzy and social media blitz when news of Deflategate first hit and on Thursday when a federal judge spiked the New England quarterbacks four-game suspension, going as far as calling Ted Wells report and the entire scenario, a rigged probe, the clown show all started to make sense.

When you have a Commissioner like Goodell who is seen as no more than a shill for the owners and his watershed decisions have either been reversed in court, labeled unfounded or blasted by players, fans and coaches alike, it makes sense that he would try to lock the NFLs favorite son up for four games on what amounts to a “jay-walking'”- type charge in the criminal world, just to show that he is objective, fair and capable.

It was all another sloppy, rotten Goodell trick from jump (it also cost the owners $10 million in litigation) and Manhattan Federal Judge Richard Berman, in a hardbody 40-page opinion, said the NFL denied Brady his due process, in particular the chance to question a top league investigator and examine files.

Commissioner Goodell may be said to have dispensed his own brand of justice, the judge wrote, calling parts of the NFL probe fundamentally unfair.

Once again, in trying to prove something, make himself look in control and please one particular base of people, Goodell has miserably mishandled another NFL scandal.

First it was Bountygate:

Goodell initially handled the Saints Bountygate scandal in typical fashion: swiftly, aggressively and pretty much, arbitrarily. QB Drew Brees has been an outspoken critic of the way Goodell and the league handled the situation from jump. He felt the punishments were too severe and his team got a raw deal. New Orleans was livid, but most people in the NFL community assumed it was an L they would have to eat.

But in October, an arbitrator ruled that Goodells pimp hand was a bit too strong in his suspensions of Saints players.

Recently, Tagliabue, who was appointed by Goodell to handle a second round of player appeals, locked, sealed and confirmed it. In a direct slap of Goodells stone-faced cheek, Tagliabue tossed all player suspensions. 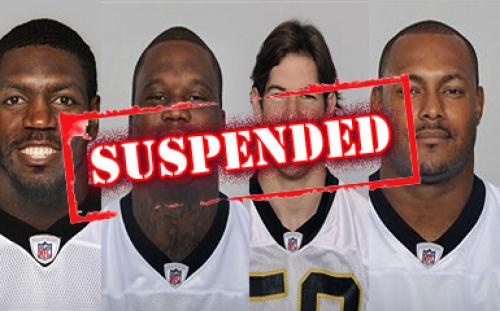 Then Goodell dropped the ball by claiming he never saw the Ray Rice video tape. Once Goodell was exposed as a liar, anything he did going forward would be questioned. 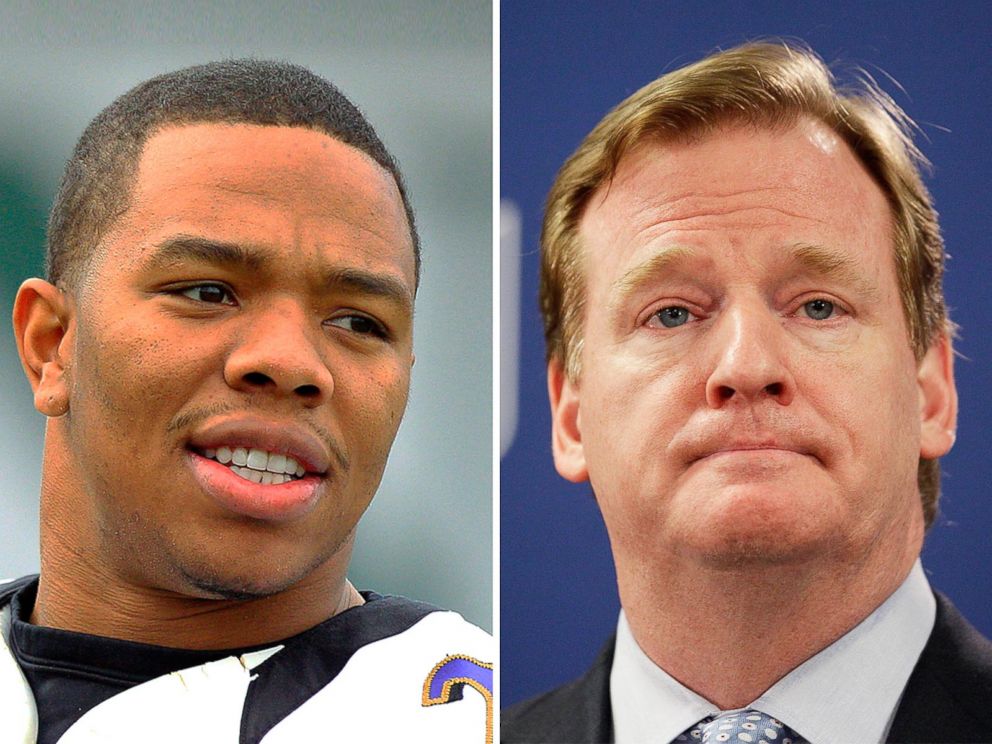 In his pursuit to save the integrity of the game, from the Patriots Deflategate treachery and boost his public appeal, Goodell decided to take advantage of the fact that he knew the Pats messed with the balls, but he picked the wrong fish to try and fry.

It was akin to baseball shutting all of the PED stars out of the Hall of Fame. Its ridiculous. MLB has already proved to be foolish by demonizing its greatest stars from an era of baseball that was probably the most lucrative and exciting in modern baseball history.

Goodell figured if Bud Selig could flip the script on that dark time by allowing it long enough to reap the benefits and then actually making himself appear like the good guy by turning fans against future Hall of Famers (retroactively deeming their accomplishments worthless) then Goodell would go for the gusto against Brady. It was to be his defining cut off your nose, to spite your face moment.

It was a bold but stupid move by a guy whose tenure has been marred with this passive-aggressive cycle of vigilance and looking the other way. The owners had Goodell’s back. The consensus opinion among those band of billionaires was that it’s about time Goodell stopped Kraft-kissing and showed that he would go after the Pats as vigorously as he does other desecraters of the league’s integrity.

Sure Brady cheated. Why else didn’t he give up his cell phone messages? Why was he so willing to accept a fine or possibly a one-or-two game suspension for failure to cooperate fully with Tedd Wells NFL-commissioned probe ?

Kraft even surrendered two draft picks and $1 milion dollars to make this fiasco go away, but when Goodell pressed to have Brady admit to cheating, thus killing his legacy and future marketing advantages, thats where Brady drew the line.

Said Kraft after the decision: “Tom Brady is a classy person of the highest integrity. He represents everything that is great about the game and this league.

Really Bob ? Lets not act like you guys didnt pull some funny business..again. Its also understood that funky maneuvers like Spygate and Deflategate are part of the Pats genius and the reason why the Killer B tandem of Belichick & Brady have stayed on top all of these years. I told you that in a 2012 piece, The Pats Put Rings Over Rhyme & Reason.

This decision was all about Goodell and the fact that he doesnt at the very least fool us and move like a boss. Instead, he got bossed up on by some real Gs, thus liberating the Pats recent Super Bowl from asterisk annihilation and propelling Brady to even higher legendary status.

Goodells ineptitude has made players who detest the Pats support Brady & Co. on this journey, which Goodell vows to appeal and drag on. In the meantime, Brady’s pretty much exonerated in the eyes of everyone (except the few who cant stand being one-upped by New England)  and playing for a full hand of rings this season.

In the end, guilty or not, no football fan with any integrity especially not a federal Judge from NY is going to let the bearded lady posing as a ringleader steal the show from the coveted flying trapeze artists. Even during this star-studded circus disguised as NFL leadership.