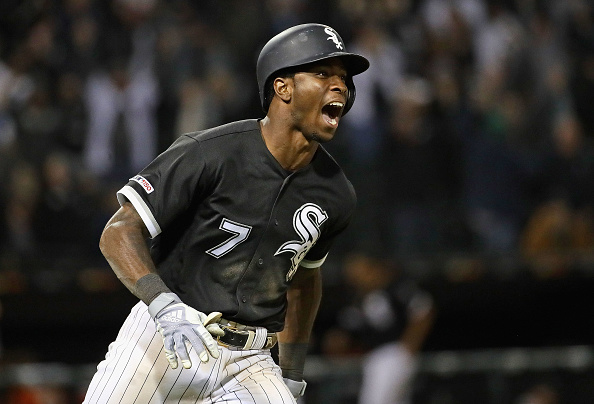 Anderson could be the savior the MLB needs to reinfuse Black culture into the game.

Chicago White Sox shortstop Tim Anderson is considered America’s nightmare in cleats to some of baseball’s outdated gatekeepers.  Last year, the 2013 first-round pick came in at No. 12 on The Shadow League’s Top 15 MLB Black Knights list, after posting 20 homers and 26 steals.

The word on the street is, baseball needs an African-American face. Not a marketing-safe, mixed-race Black hitter like Aaron Judge or Giancarlo Stanton, but a dark-pigmented brother from Alabama like Anderson. The Tuscaloosa native’s unapologetically black, with a game built on, speed, athleticism, and a flair for the dramatic.

The clock was just about to hit midnight but @TimAnderson7 made sure he saved some time for #US to let #Chicago know HE CALLED GAME on his 9th inning 💣vs the #Tigers Friday night and to save that fluke talk for ya moms! A superstar was born on the #SOUTHSIDE! #WhiteSox #TheBIGS pic.twitter.com/T4V3Uq4hQF

Anderson is just 26 years old and he’s a millennial son, representative of that generation’s confidence, hip-hop entrenched culture, freedom of expression, trash-talking,world-changing and anti-establishment vibe. He secured the bag in 2017 when he signed a six-year deal that could net him over $50 million. His $1.4 million pay day in 2019 is a basement bargain for the White Sox, as Anderson continues to blossom.

Some purists don’t like Tim’s drip. The old guard feels like he violates some of baseball’s archaic unwritten rules, but if that’s what it’s going to take to make MLB appealing to the next generation of fans, then so be it.  On top of that, Tim can flat out ball and he’s addicted to the limelight. Anderson’s profile has been bubbling the past three seasons and on the verge of breaking into the elite player realm, with 2019 being his breakout year.

A rare African-American shortstop, Anderson is first in MLB in stolen bases (10) and second with a .385 batting average.

It’s not just the abundance of talent that Anderson displays that put him in the running for next great Black face of the game. He plays a coveted position that Blacks don’t get to play in MLB anymore. When he takes the field and doesn’t continue onto the outfield, and it’s very clear that he is anti-establishment. A representative of a change. Something different.

Derek Jeter was the last great Black shortstop of the game but he never had Anderson’s sauce. Anderson’s passion for the game is expressed with a cultural twist. He’s a direct descendant of Josh Gibson and Satchel Paige when performing surgery on the diamond. He talks like a boxer, walks like an NBA ball player and competes like an elite NFL wide receiver.  He definitely has a bit of that diva too.

From his bat flip after his walk-off homer in the White Sox’s 12-11 comeback win over the Detroit Tigers on Saturday night to his drama with MLB over using the N-word in the reclaimed “term of endearment” context that millennials of all ethnicities are frequently using in music and everyday communication.

During the benches-clearing incident, White Sox shortstop Tim Anderson called Royals pitcher Brad Keller a "weak-ass f—ing n-word," sources tell ESPN. Anderson, who was hit by a Keller pitch one at-bat after he hit a home run and flipped his bat, was suspended for one game.

He represents the inevitable and necessary shift in baseball philosophy. Anderson isn’t a barrier breaker. Jackie Robinson did that in 1947 when he segregated the game and sparked a revolution of African-American superstars from Hank Aaron to Frank Robinson to Willie Mays.

These guys dominate the record books to this day, but like the dinosaurs, are mythical figures from another age. The baseball world has changed and if not for the indisputable statistical evidence that Black power once ruled the MLB landscape, the misguided term that “Baseball is a white man’s sport” might actually be believable.

But the facts remain that African-Americans were here, ruling the diamond once upon a time. At about a 20 percent clip at one point in the late 70s, 80s and early 90s. Anderson is simply trying to reclaim what’s already his. He’s here to remind folks of why incredible range on the infield, stolen bases, and black faces make the game truly representative of the best that American sports have to offer.

Players such as Anderson and Mookie Betts bring an entertainment value and understanding of the current youth culture that the new generation of baseball fans can appreciate. Betts just doesn’t seem that interested in doing commercials and promoting himself.  Anderson, however, seems willing to be the guy to step up, bring some Muhammad Ali back to baseball and lead Black baseball into the next century.