“I am the beginning with ‘girl power’ deal with it,”  Carrie Fisher

As a child running through Central Jersey streets, my imagination was the single saving grace.  With the advent of the Star Wars universe, I found a completely different galaxy to play in and a different reality to ponder.  One totally different from the world I lived in.

Indeed, a long, long time ago in a galaxy far, far away, the forces of light and darkness collided in the void of space time, and I’m glad I witnessed it. The sights, sounds and themes culled from the mind of George Lucas helped spark my imagination, yet helped shape the way I viewed the “real” world as well.

My mother kept my Star Wars action figures in a giant paper bag and when it was time to play I would simply empty the contents onto the floor. I couldn’t afford every action figure that Kenner made for the Star Wars franchise, let alone that giant Darth Vader head carrying case.  The Millennium Falcon and X-Wing fighter? Naw, that was way out of the budget.

I had no more than four or five action figures at any given time, barring any trades.  The other figures in the bag were the standard, plastic army men  and cowboys purchased at the local five and dime store for 99 cent for a bag of 20. They were the cannon fodder in my imaginary intergalactic wars of independence.

Because I didn’t have many Star Wars figures, it was very important for that I picked those figures that were integral to the storylines I wanted to reenact.

Ideally, that would have been Luke Skywalker, Han Solo, Darth Vader and the like. But back in the early ’80s, Star Wars action figures were flying off the shelves.  If you weren’t quick or lucky enough to catch a break you were stuck with what you got. It was a lucky thing to catch Luke Skywalker in his Tatooine apparel, or Han Solo of any kind.

Even R2-D2 and Chewbacca were a tough find at our local Kiddie City toy store in Morrisville, PA.  But CP30, Ben Kenobi, Storm Troopers and Princess Leia were always easy to find. So, on the odd day that our household could manage the extra money for a Star Wars figure, I usually had to settle for something that I didn’t want.  I didn’t complain much, though.  After all, it was still a Star Wars action figure.

On one such day, the choices available to me were a Sand Creature, a Jawa and Princess Leia Organa.  After a great deal of hand-wringing on the matter, I picked Leia.  I already had acquired a Luke Skywalker, though his head eventually fell off, and a Chewbacca and Tie Fighter Pilot.  My brother Darryl had a Han Solo and Darth Vader.  He didn’t play with them much, but enjoyed telling me “no” whenever I asked to borrow them.

As my mother and I returned home, my brothers spied the Kiddie City bag and snatched it from my hands. They exploded in laughter at what was inside.

‘You got Princess Leia? What are you, a girl?’

Unless it was a life or death scenario, mother was usually too busy too quell any uprising amid the rowdy little townsfolk that inhabited her home. So, I had to learn to accept the daily insults hurled upon me due to Princess Leia being in my collection.

“She’s an action figure and not a doll”

“Girls are heroes too”

Those were but a few of the defenses that I was able to muster. But children don’t care for rationalizing. I took the punishment though, and I was glad I did. Ever the contrarian, I played with Leia more frequently than I otherwise would have.  That was my way of making a point.

Eventually, my sister would join me in my flights of fantasy into the Star Wars galaxy.  It was during these times that I started to learn about the equality of my sister and delve into what it truly meant to be a partner, in any scenario, rather than be relegated to some second tier status because of gender.

Those words were the first that I can remember hearing Leia utter in Star Wars: A New Hope. Though it appeared to be yet another “damsel in distress” story arc, it really was not.  Leia was on a secret mission to get the highly classified schematics of the Death Star to Rebel High Command. 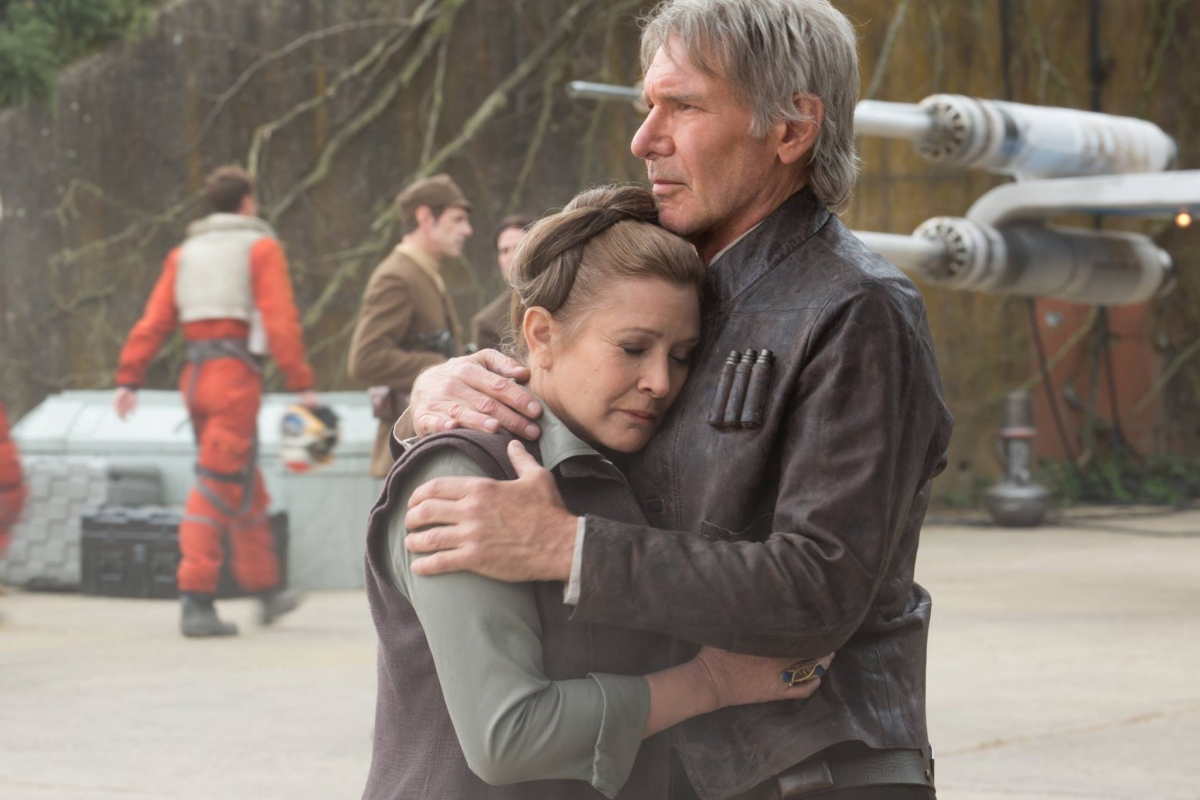 In Return of the Jedi, Leia disguises herself as a bounty hunter to free Han Solo from Jabba the Hut and is captured. She is then made to wear a skimpy and suggestive outfit.  Despite the fact that she eventually kills Jabba the Hut, all critics could think about was the suggestiveness of the outfit.

Not unlike reality, the prejudices and preconceived notions of some of the viewers often gets in the way, causing an act of bravery to come off looking like a yet another fairy tale in which a woman is relying on a man for her salvation.

Carrie Fisher was Leia, and vice versa.  Everything about Leia, from her acerbic wit to her razor sharp tongue, were indicative of the real life Fischer.  She was funny, she was sharp, and she took no crap.  Rest in Peace Carrie Fisher. You’ll always be a princess to me.