Today, we’re scientifically more aware of the devastating effect that football can have on the minds of individuals who play it for a great portion of their lives. From multiple studies, we’re aware that individuals who suffer concussions are more likely to develop CTE. And there’s also proof that certain position players are more susceptible to CTE than others.

Why would a brother bring up CTE when an NFL player is accused of domestic violence? Well, relative to the National Basketball Association, the NFL is ripe with instances of domestic violence and seemingly has one or two highly publicized accusations levied during the offseason every year.

@shadymccoy is THE DEVIL!!! YOU ARE AN ANIMAL!!!!!! We didn’t say anything about how you beat your dog “Henny” into kidney failure. Let’s not talk about all the times my best friend had to stop you from VICIOUSLY beating your son for small things like peeing in the bed. We kept quiet about your drug usage … all the ILLEGAL steroids and needles you were using, but we will not keep quiet about this!!!!!! I can’t believe you did this to my best friend!!!!! YOUR KARMA IS GOING TO BE SO REAL!!!!!! The world needs to know what type of animal you really are!!!!!!! This was just her yesterday on the left and now this morning this is her on the right!!!! #WomanBeater #AnimalAbuser #ChildAbuser @nfl @tmz_tv @buffalobills

When accusations such as these come to light, with evidence as compelling as a woman battered to the point of being unrecognizable, it may appear to be a bit callous to suppose the reasoning is anything other than the twisted nature of a physically imposing, heinous man accused of beating up a woman.

There has to be a reason other than “He’s an evil bastard” to explain these happenings that seem almost exclusive to the NFL relative to other professional sports. If true, LeSean McCoy should most certainly be punished.

Just weeks ago, expert and victims advocate Deborah Epstein resigned from the NFLPA-funded commission to tackle domestic violence after what she cited as the Players’ Association’s refusal to take any of her ideas with any sense of urgency.

The list of alleged abusers is a long and disrespectful testament to how the NFL really feels about women.  Ray Rice, Greg Hardy, Ray McDonald, and a laundry list of individuals accused of striking their significant others only strengthens the correlation between domestic violence offenders and possible CTE markers, which are aggression, violence, short-temper, forgetfulness, depression and much more.

A 2017 study of 111 deceased NFL players showed that 99 percent of them had CTE, which can only be diagnosed posthumously at this point. Though a 2014 study of domestic violence found that the NFL has a lower arrest rate for domestic violence for all men between the ages of 25 and 29. 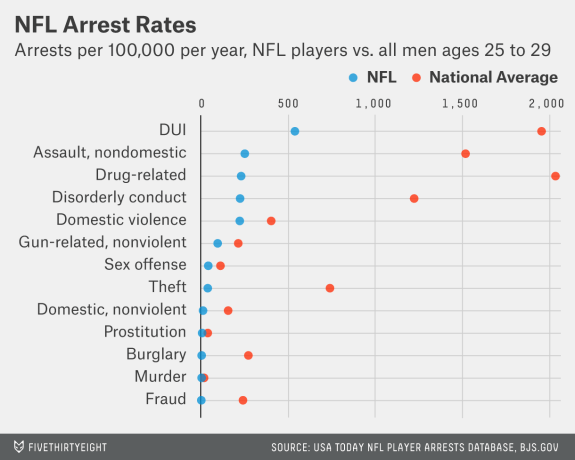 It’s not a stretch to imagine how NFL wives and girlfriends would simply suffer in silence rather than cause family upheaval, even to the extent of sacrificing their own dignity to ensure their family’s financial security.

Right now, there is a laundry list of individuals arguing about whether or not McCoy has committed the offense in question, while others still will readily besmirch the individual who was abused as somehow grandstanding or benefiting from the situation.

Imagine that, beaten to a bloody pulp yet accused of making the whole thing up.

CTE is prevalent in all of high-level football, NFL, CFL and college football.  The numbers say it’s true, but football institutions like the NFL have consistently failed to properly deal with the problem.

That’s not even mentioning the string of bizarre behaviors from players such as Aaron Hernandez, Darren Sharper and now Brandon Browner. It’s almost as if the NFL brain trust believes that spousal abuse or domestic violence is a part of being a football player.

Boys will be boys, but there’s nothing even remotely masculine about beating a woman to a pulp.

I don’t GAF what the circumstances are short of the individual preparing to levy lethal force against the accused. Bitchassness should never be protected, but that’s what the NFL has always done.

From my perspective, being “soft” appears to have more to do with one’s internal mechanisms and triggers, and the inability to properly govern them, more so than it has to do with anything physical.

Barring any physiological or mental ailment, McCoy has a joined a list of some of the most powerful men who must be dealt with firmly.

This isn’t the first incident involving LeSean McCoy. There was the 2014 incident in which the Bills running back was sued by a stripper for spraying her with alcohol, a bar brawl involving off-duty police officers, the infamous “females only” party  and other questionable comments that lead one to believe McCoy doesn’t know how to check himself.