The opening of the NFL season brought a mixed bag on Sunday. And we aren’t even talking about the actual games played.

It was the pregame. The stuff that happened before the players took the field. 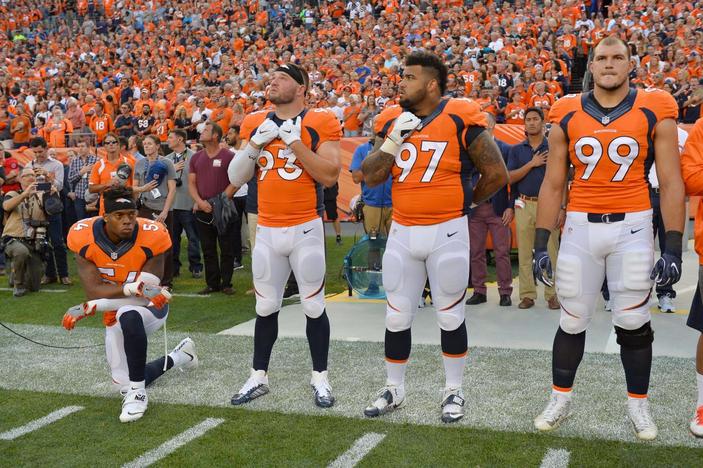 Make no mistake about it. San Francisco 49ers quarterback Colin Kaepernick has struck a nerve, created a movement most wouldn’t have believed to be possible, especially in a sport where most of the players are faceless and easily replaceable.

That has always been the problem with the NFL and its weak players’ union. They were barely able to stand up and fight for themselves.

So often, they got their heads handed to them in collective bargaining negotiations. Hence, it was hard to believe some players would stand up for others.

It’s amazing to see what Kaepernick has started with his protest – not standing for the national anthem. It’s in response to the treatment of minorities in this country, the social injustice which is so blatant, it’s scary.

In the beginning, Kaepernick was a lone wolf, a single man on a mission of one. Not anymore.

The pictures, the symbols and other players joining in around the league on Sunday is hard to ignore anymore.

If it were still just Kaepernick, many could discount the now backup QB, pooh-pooh this rebel with an Afro. It’s impossible now.

There was no scene bigger than what took place at the Miami Dolphins-Seahawks game in Seattle. Four Dolphins kneeled during the anthem, including running back Arian Foster, linebacker Jelani Jenkin and receiver Kenny Stills.

The picture was chilling, indeed.

And the four Dolphins players weren’t alone. They got a fifth, a supporter to their actions – Miami owner Stephen Ross.

According to the Sun-Sentinel, Ross went up to safety Michael Thomas – who also took part in the protest – and shook his hand after the game in the locker room.

Ross, to his credit, isn’t afraid of being a target or ostracized. He’s just calling it like he sees it.

“I don’t think there was any lack of respect,” Ross told the paper. “Everyone in this team and whole organization respects the flag and what it stands for. 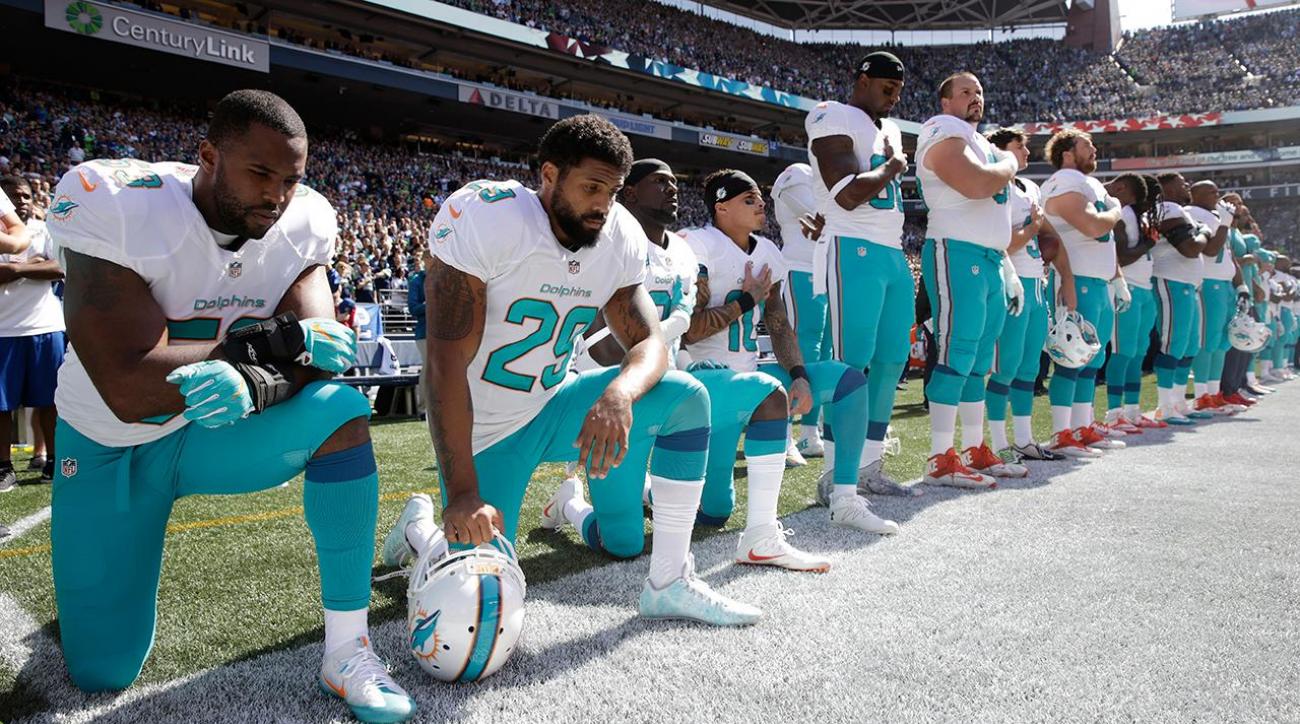 “These guys are making a conversation about something that’s a very important topic in this country. I’m 100 percent in support of them.”

How refreshing, how real.

That’s Kapernick’s message as well. That’s why others are flocking to the movement, even some kids.

Some players from different high school teams from around the country have joined in, kneeling down during the anthem.

Then comes the lame Seattle Seahawks with a unity chain. The players locked arms to express racial unity during the national anthem.

It was so misguided, it missed the mark.

The Seahawks took the easy way out, trying not to offend fans – or even white teammates. Terrible. The black players on that team would have been better off doing nothing at all.

“We wanted to do something together, as a team,” said Seattle star receiver Doug Baldwin to the media after the game. “The message we’re sending is that, yes, there are things in our country that need to change. But that’s why this country is so great, because we’re never afraid of facing those challenges head on.”

That’s not what the Seahawks did at all.

What is there to be united about? There isn’t an outside element – source of people -harming all the people in the country. That’s what made it easy to rally the country on 9/11, 15 years ago.

This is a different fight, one that needs a course of action to let the masses know the status quo ain’t cool anymore. 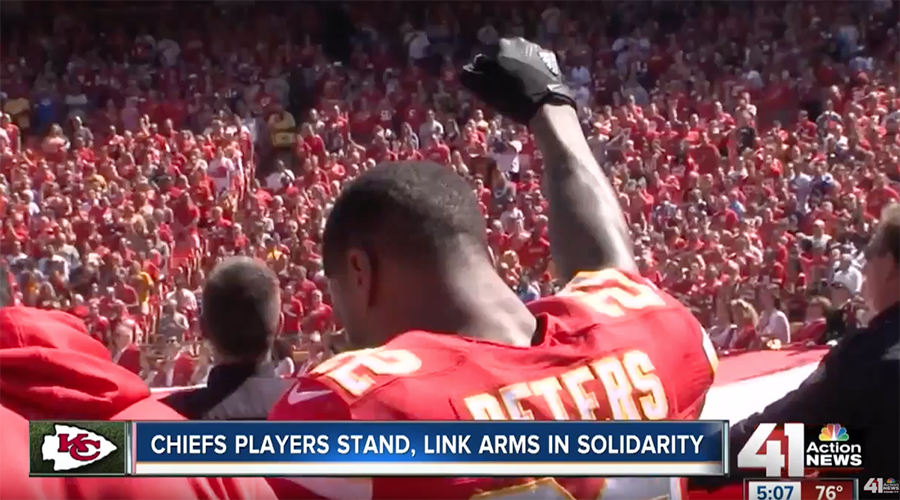 Denver Broncos linebacker Brandon Marshall lost an endorsement deal after kneeling during the anthem on Thursday in support of Kaepernick.

America needs to wake up. The NFL players are.