The All-Star break is right around the corner and if anyone outside of the Bay Area comes out of their face and says they expected the Warriors to be 29-7, currently riding an eight-game winning streak with newly-minted head coach Steve Kerr who is the odds on favorite to win the NBA Coach of the Year Award, then you hither so that I may pummel you about the head and neck with a frozen loaf of Wonder Bread. Seriously, if it wasn’t for the Atlanta Hawks and their equally surprising run this start would stick out as even more of anomaly than it actually is.

Unlike the surprisig Atlanta Hawks, the Golden State Warriors were already a pretty good team coming into the season. Some say it’s the looser coaching hand of Kerr, but from where I’m sitting it appears to be the evolution of one Stephen Curry. Currently tallying 23 points, 8 assists and 5.6 rebounds a game, Curry is looking like an early MVP favorite and is separating himself from the vast majority of his peers at the point guard spot. This is significant considering we are in the midsts of a Golden Age of Point Guard play.

Once upon a time it was an absolute necessity to have a quality low-post scoring threat to advance in the NBA playoffs. Then that offensive game plan transitioned to shooting guard and small forward more often than not. During the new millineum we’ve witnessed the dominance of Kobe Bryant as the last great shooting guard, the maturation of LeBron James as the best player in the game, the emergence of Kevin Durant as a superstar and the unstoppable scoring ability of Carmelo Anthony. A nod is given to the currently injured Paul George, who has displayed enough flashes along the way to be mentioned in the same sentence as those above.

Yet in the midst of that big man and wing player dominance, the importance of having a quality point guard has remained a meridian in the offense schemes of most teams from the very dawn of the modern NBA.  With the increased Euro-nization of the NBA game, the painted area has been liberated from those lumbering, earth-moving big men of yesteryear. Today we’re witnessing these effects as we see most NBA bigs stepping outside of 15 feet to shoot. It tickles me to recall a time when taking such shots were cause for automatic benching for bigs, even in those instances in which the shot actually went in. However, that midrange shot by centers and power forwards is almost a prerequisite for today’s big men.

At least it is for the good ones (re: Anthony Davis).

But with the increased spacing afforded to them, the elite modern point guard is free to get just about anywhere on the floor he wishes, and Golden State's Stephen Curry seems to be taking advantage of that more than most. As has often been the case with the NBA All-Star Game lately, several very talented point guards aren’t going get any love this year.

But Curry won’t be one of them.

Here’s a look at his numbers as compared to other All-Star caliber guards.

At a cursory glance, each of the aforementioned floor generals appear to be comparable, with Rajon Rondo’s relatively pedestrian-looking numbers being the clear exception. But sometimes numbers do lie, as Rondo is indeed one of the best in the business.

Never before can I recall a time in which there were so many point guards who were 6’4” or smaller accumulate at least four rebounds per game. This has something to do with the painted area not being as cluttered as in years past and the first modern era, elite, small guard to take full advantage of this was Rajon Rondo. 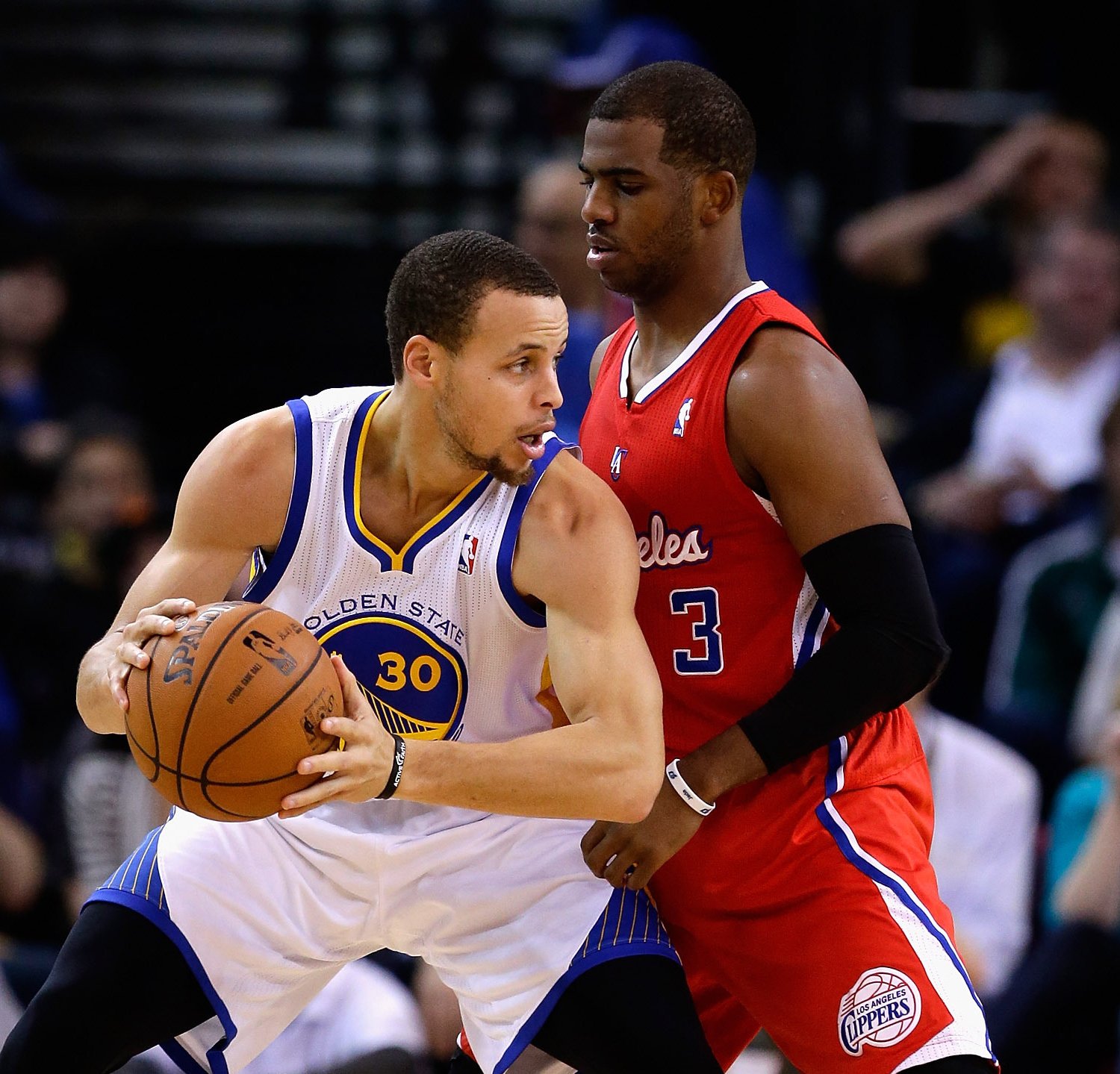 We all know that Stephen Curry is the best shooter of the lot, and quite possibly has the best off-the-dribble three point shot of any point guard in NBA history (Seriously, who was better from deep off the dribble? Mark Price? Michael Adams?), but his ball-handling ability is among the best in the game, rivaled perhaps only by Irving’s. However Curry’s basketball I.Q. is better as his assists per game total is nearly double that of Irving’s. While Golden State’s up tempo style of play is a definite factor, so too is Curry’s court vision.

While Westbrook’s flat-out speed and athleticism is only comparable on this list with that of John Wall or a healthy Derrick Rose, Stephen’s ball-handling and quickness gives him the option of getting anywhere on the floor more efficiently and with more control than both Wall and Westbrook while also averaging fewer turnovers than them both. The threat of the three pointer makes him even more of a nightmare than a Westbrook or Wall dunk. Because of that threat, defenders try to crowd Stephen and he punishes them by skating right around them more often than not. While Westbrook's stat line is more comparable to that of a shooting guard, Curry shoots fewer shots (16 to 20 per game) and scores at a higher percentage (.499 to .431) than Westbrook.

I’d be remiss if I didn’t mention that Curry sometimes has problems with bigger, more athletic wing players (Kawhi Leonard of the San Antonio Spurs) who are often tasked with guarding him, but that defensive switch often gives Golden State mismatches on the wing and in the post that teammates Klay Thompson, Draymond Green, Marreese Speights and Andre Iguodala have been exploiting this season.

While Curry is not as strong physically as Chris Paul, nor do his assists numbers approach those of the State Farm spokesman, it is clear that is Stephen is the faster of the two and has a better three point shot and a comparable midrange game as well. Curry is just as quick as Lillard but with a better shot, an equal penetrating ability and looks to pass more. While he's a better one-on-one scorer than Kemba Walker, they both have proved their ability and desire to take, and make, the winning shot. Finally, he possesses a similar level of mental toughness as Rondo and has remained relatively injury free during his career.

All and all, it appears as though Curry’s game is an amalgamation of the skills of each of the aforementioned NBA point guards; possessing some measure of each player’s strongest ability, with the exception of Westbrook’s insane athleticism. But he also shoots like no other point guard ever has.

So is he the best point guard in the NBA?

That’s hard to quantify when you consider that Chris Paul is still doing his thing and Derrick Rose is on his way back from injury. But when you think of all of Curry’s skills and compare them to those of his contemporaries, he surpasses most if not all of them. If Stephen Curry were a better on the ball defender this would be a no-brainer.

If the Golden State Warriors go deep in the playoffs this season, Curry will likely be the catalyst for this happening. If that is the case, and Paul’s Clippers flounder, which they have been known to do, then it will be clear who the man at point guard in the NBA for the next ten years is going to be.