LA Dodgers manager Don Mattingly is feeling the heat for his team's struggles, but the Dodgers managed a win last night, beating Milwaukee thanks to Clayton Kershaw's 3-hitter.

Johnny Manziel was throwing accurate passes to wide receivers, running routes with a blindfold on in what is now known as the "Zorro drill." Kid is impressive.

Rumor has it that Dwight Howard isn't a big fan of Mike D'Antoni, and he let Lakers management know about it.

Cole Hamels struck out 10, but couldn't get any run support against the Marlins, and his record fell to 1-7.

The Barclays Center has a unique smell because they spray perfume into the arena before events.

Terrance Williams was involved in an altercation with the mother of his child and allegedly pulled a gun in public.

Chris Hansen vows to continue the fight to bring an NBA team back to Seattle.

The Seahawks had another player suspended for PEDs (the fifth Seahawks player busted for PEDs in the last three years) and their backup QB arrested for DUI. Pete Carroll wasn't happy.

The Chargers are keeping Manti Te'o under wraps.

Jose Canseco ducked his fight against Shaq, but did pick up a job as a player/manager in the United League, where he'll kick off the season against his twin, Ozzie.

KD and other members of the OKC Thunder offer their support for the tornado victims in Oklahoma.

Ray Rice's home was burglarized while he was on vacation.

Kanye West is trying to get Will Smith to rap again.

Lauryn Hill might have a new cellmate: Mary J. Blige owes the IRS over $3.4 million.

You can stream The Dream's album, IV Play, here.

J. Cole moved his album release date up a week to June 18 to compete with Kanye's Yeezus. Off the bat, this seems like a dumb move, but we'll see.

Kanye West is one of the greatest artists of our generation.

Which is exactly why I'm moving my release date up.

Statik Selektah also has an album coming out June 18. Here's his first offering with Styles P, Hit Boy and Bun B.

Areas with constitutional bans on gay marriage are more likely to have gay couples raising kids. You can read the full report here. On a related note, gay marriage is set to be approved in the UK,

French people are getting the hell out of France to get away from socialist policies.

Seventeen people were arrested for protesting the Justice Department's failure to prosecute anyone from the big banks who caused the recession with their mortgage policies.

A judge was highly skeptical of New York's stop-and-frisk policy on the final day of the trial to determine the policy's constitutionality.

A tornado crushed the city of Moore, Oklahoma yesterday and wiped out an elementary school in the process. Several dozen people have been killed so far and the search for the missing, trapped and buried is still ongoing. 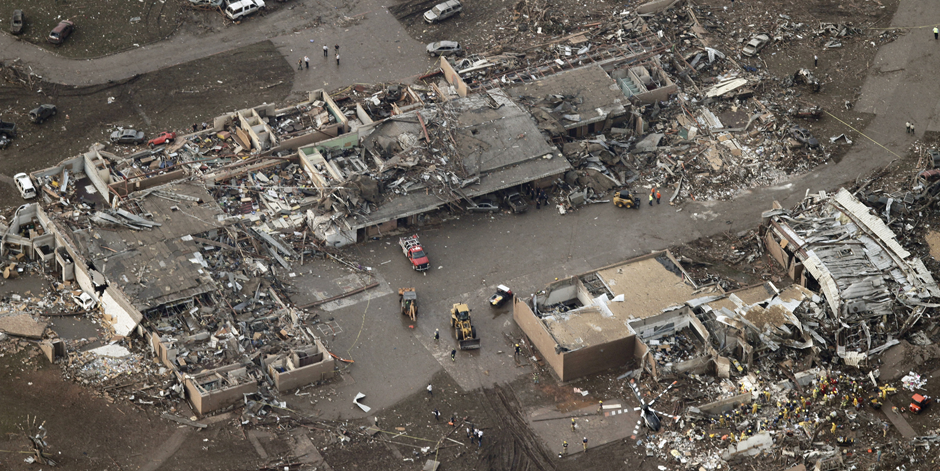 Lupe Fiasco releases another track from his next album as he draws inspiration from George Orwell's Animal Farm with "Animal Pharm."