The on-again, off-again Conor McGregor vs. Floyd Mayweather superfight is closer to becoming a reality than ever before.

“The McGregor side is done,” White told TNT. “I’m starting to work on the Mayweather side now.

“I’m not saying the fight will happen but I got one side done. 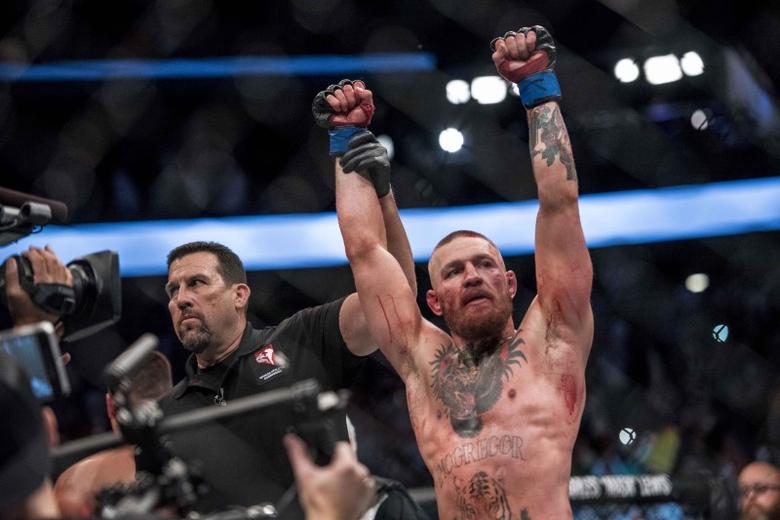 “It is an honor to sign this record-breaking deal alongside my partners Zuffa LLC, The Ultimate Fighting Championship and Paradigm Sports Management,” McGregor said in a statement.

“The first, and most important, part of this historic contract has now officially been signed off on.

“Congratulations to all parties involved. We now await Al Haymon and his boxer’s signature in the coming days.

In January, Mayweather said he’d fight McGregor for $100 million. McGregor laughed at those numbers and boldly claimed a fight between him and Mayweather would make $1 billion. Mayweather has been hyping the situation all along as well. We all know Floyds ambition is driven by dollar signs, so if he signs the dotted line then we know that records have been broken.

On fighthype.com, Mayweather basically co-signed the situation (which hes done in the past and then changed his mind) saying that he thinks the fight can do record-breaking numbers.

All I can do is keep my fingers crossed, Mayweather said. And hope we can do it.

However, that means McGregor vs. Mayweather would need to take in almost double the $600 million Mayweathers fight with Manny Pacquiao made — dubbed “the richest night in sports history.”

I came out of retirement because Im a businessman…,” Mayweather clarified. “I want to give the world what they want to see.

White says the fight would be a boxing match, which gives Mayweather a superior edge. Obviously, McGregor is going for a pay day he needs way more than Floyd does.

For more than a year, McGregor — arguably UFC’s most recognizable face — and Mayweather have been involved in a war of words, bravado and social media slurs.

We all know this is big business and at the end of the day, Floyd controls the money board because he doesnt even need to do this fight for the financial reasons McGregor does.  Floyd will milk this a while and make a final assessment as to what kind of numbers this fight can really swing.