The way that the Celtics, Sixers and Lakers have been moving and shaking while contemplating trades and swapping draft picks, the stage is being set for a return to the 80s when these franchises ruled the NBA landscape and played hot potato with NBA championships.

The Celtics took the biggest step forward by shocking the world and winning the Eastern Conference regular season title in 2017. Isaiah Thomas, under a burden of grief stemming from the sudden death of his sister,  carried the Celtics as far as his warrior body could in the playoffs.

Celtics mastermind Danny Ainge has stacked picks like Jay-Z stacks chips, and is ready to get Thomas some of the help needed to advance to that next level.

The Philadelphia 76ers and Celtics agreed on a deal that sends the No. 1 overall pick in Thursdays Draft to Philly in exchange for the third overall pick and at least one future first-round pick, per a league source. The deal is set to be finalized on Monday. 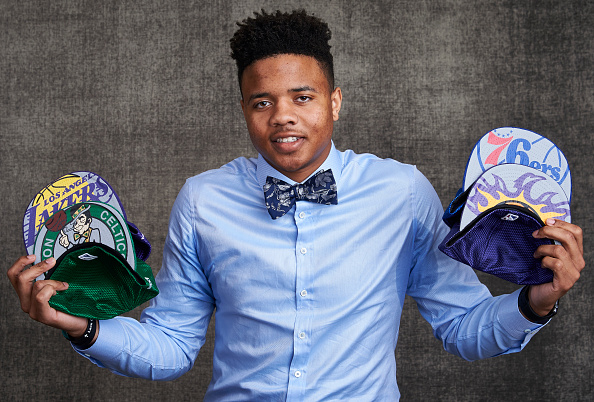 The Sixers move themselves into position to draft University of Washington freshman guard Markelle Fultz,  who many feel is better than the draft’s other top point guard prospect, UCLA’s Lonzo Ball.

Reports say Fultz and the 76ers are already close to a deal and his workouts were obviously glowing.

Boston gets the third overall pick, which will still allow the Celtics to choose Kansas’ Josh Jackson,  Duke’s Jayson Tatum, or Ball if by some crazy circumstance the Lakers pass on him.

Boston has flipped the front office script and will have at least two potential lottery picks in 2018. The Celtics already have Brooklyns unprotected first-round pick next year, along with 2019 first-rounders from the Clippers and Memphis.

At the very least, Boston can wait for a couple of those draft picks to become heavy hitters. Or they can package all of these novice jewels for several established All-Stars to go with their current core group, featuring All-Stars Thomas and Al Horford, along with rugged up-and-comers Marcus Smart, Avery Bradley and second-year forward Jaylen Brown.

There are endless possibilities for the Celtics, who last won a title in 2008 with The Big Three and have been starving for elite level hoops for almost a decade now.

Boston will have seven first-round picks over the next three drafts and they need to hit on a couple of licks like they did in 1980, when they traded the draft rights to the 1st pick (Joe Barry Carroll) and the 13th pick (Rickey Brown) for Hall of Fame center Robert Parish and the rights to the 3rd pick, which became Hall of Famer Kevin McHale. 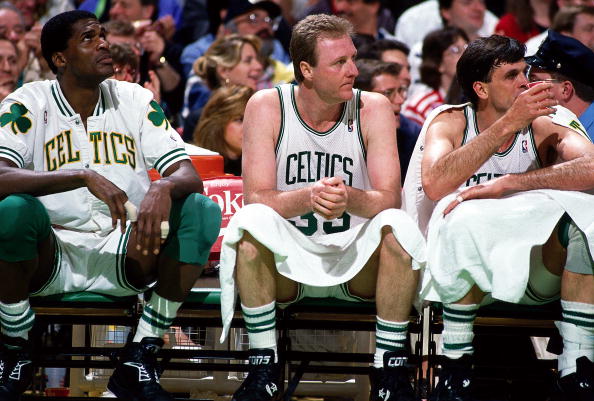 That trade solidified the rise of the ’80s Celtics dynasty led by Larry Bird.

Chicago Bulls guard Jimmy Butlers name has been thrown around as a possible Celtics target as well.

Its the kind of instant elevation that the Sixers and Lakers, who have been trying to either lure Paul George by trade or get him in free agency in 2018, are striving for.

As the dominance of the Cavs and Golden State subsides in the next few years, the Celtics, Sixers and Lakers are laying the foundation to regain the throne and live up to their status as flagship NBA franchises.

The Lakers have been looking for a franchise superstar since Kobe, aka the Black Mamba, said “Peace I’m out” in 2016 by dropping 60 in his final game.

Magic Johnson is now running the Lakers and hes not willing to trade the No. 2 pick to get George, but he would part with one of the Lakers crop of young pieces to acquire a superstar. Then hed be counting on that No. 2 in this draft to be something special. Or he could suffer through another season of losing and go after another top pick in 2018.

Either way, optimism is high in LA and the organization has a plan. With Magic pushing the issue, they are positioning themselves to be a problem in a few seasons.

Thanks for watching! Subscribe for more NBA Mixes! Post Malone – Too Young “I do not own the copyright to this song” “Copyright Disclaimer Under Section 107 of the Copyright Act 1976, allowance is made for “fair use” for purposes such as criticism, comment, news reporting, teaching, scholarship, and research.

The Sixers have been on a dark and disheartening road of losing for the sake of winning. The days of Allen Iverson seem like centuries ago, but hope is descending upon the City of Brotherly love.

With Fultz and last years No. 1 overall pick Ben Simmons, who returns after missing his entire rookie season with a foot injury, Phillys backcourt will be exciting, but very young and inexperienced.

Throw a healthy Joel Embiid and Dario Saric into the mix and the Sixers have a super-talented nucleus that can become exceptional pretty quickly. 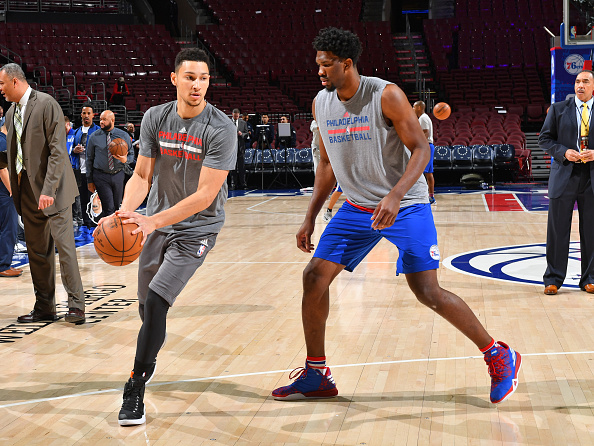 This is one of the most exciting lead-ups to a draft in a long time. Teams are aggressively trying to improve because the bar has been set so high by the current leaders of the pack.

But every dog has his day. LeBron James is 33 and wont play forever, so the East will be ripe for the pickings in a few seasons. In the West, everyone has to think five years ahead and chalk up the present to preparation for a future that returns them to glory.

The eyes of the sports world is on the NBA. We can see franchises plotting, stacking picks, building, laying in the cut and waiting to explode back on the scene as elite forces in the league.

Former commissioner David Stern couldnt ask for a better situation as teams that dominated the ’80s are building back to the future.