It’s only fitting that this appreciation comes on an NFL Sunday.

After all, Drew Sharp loved writing about football, especially the Detroit Lions.

Sharp – the longtime Detroit Free Press columnist – passed away unexpectedly on Friday. He was 56.

Sharp died of hypertensive cardiovascular disease. His death shocked the many fans who read his column and shook many of his colleagues all over the country.

It was announced this morning that Sharp will be laid to rest on Thursday in suburban Detroit. Drew will be missed, indeed.

Drew and I worked together at the Free Press back in 1993.

And as is the case, most of the people who read his column didn’t really know or understand Drew. You can see it in all the Facebook and Twitter posts, sending condolences and prayers to his family.

Most of the posts say either they didn’t agree with him often or that they didn’t like his column.

Many viewed Drew as too negative.

Drew wasn’t negative. He was honest.

Drew wasn’t afraid to write the truth – even if it hurt.

In this happy-smappy sports media world where many sports writers are afraid of their own shadow, Drew refused to sellout the fans.

He never put down his pen and pad to pick up a team’s pom-poms. That wasn’t his job.

Drew, as all good columnists do, worked for the fans. He wanted to be the watchdog, make sure fans were fully getting what they paid for.

Drew never let up off the Lions. And it was with good reason. Not to just be mean, but to hold the franchise accountable to the fans.

After all, Drew was a fan before he became a sports writer.

Drew, a Detroit native who graduated from Detroit Catholic Central in 1978 and the University of Michigan in 1982, joined the Free Press in 1983.

First, he covered high school, college and pro sports. Drew was the Detroit Pistons beat writer during the famous run of the Bad Boys.

In January 1999, at the age of 38, Drew was promoted to full-time sports columnist.

It was then, Drew pledged that he would look out for the fans, cover the local teams with honesty and not just try to make everybody feel good about a situation or circumstance.

“A columnist’s role isn’t to blindly cheerlead,” Sharp wrote upon being named columnist. “Nor is it a blank check to slam individuals solely because you have been given a club. But there is a responsibility to raise questions and express doubts. There should be a commitment to deflate the smug and arrogant because, after all, this is only sports – a useful diversion and an increasingly influential business, but hardly irreplaceable in our everyday lives. 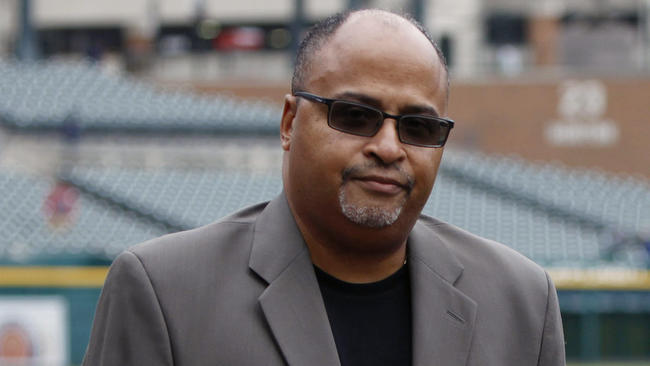 “A columnist hopes readers come away with a better understanding of what motivates his vision of sports today. He hopes they understand that the objective is to stir their emotions, make them laugh, cry, shout or swear, but most important, make them think.”

If you read a Drew column on the Lions, you had to think. Drew stayed on that team. He never allowed them to skate during lousy season after lousy season. After all, the Lions have won just one playoff game since 1957. Yes, that’s not a typo.

Drew had the fans’ back, even if they didn’t really get it. Drew believed that Detroit fans deserved better. Think about it. Only three current NFL teams haven’t played in the Super Bowl. Two are expansion teams. The other one? The Lions.

Drew was a columnist cut from my same cloth. He was hard-hitting, firm, honest, willing to take the hit by asking the questions that fans wanted the answers to.

Many athletes and coaches – and some fans as well – didn’t like Drew’s column. And that’s OK. Drew’s job wasn’t about winning a popularity contest. It was about getting at the root of the story – no matter who didn’t like it.

Drew Sharp did that. Rest in peace, my friend.