Just call the first half of the 2017 season, The Year of Aaron Judge. How long he will hold court in such a dominant fashion is unknown. From the looks of things, hes developing into an all-time great player and hes doing it wearing the lauded and iconic pinstripes. This is Judge’s first time through the league so he holds the upper hand on opposing pitchers at this point, but before we anoint him the Black Babe Ruth, experience says a five-year window of excellence is needed to see if this meteoric rise continues or fizzles out a bit into something more normal.

Right now, he’s got a one-way ticket to Cooperstown. We’ll deal with the future when we get there. That’s the American way.

In the meantime, baseball fans around the world are enchanted by the colossal 6-foot-7, 282-pound, millennial version of Mighty Casey. The Yankees have fielded more Hall of Famers and great players throughout the franchises illustrious history than any team in baseball. When discussing the Mount Rushmore of diamond-miners you can easily toss a few Yankees into the mix. 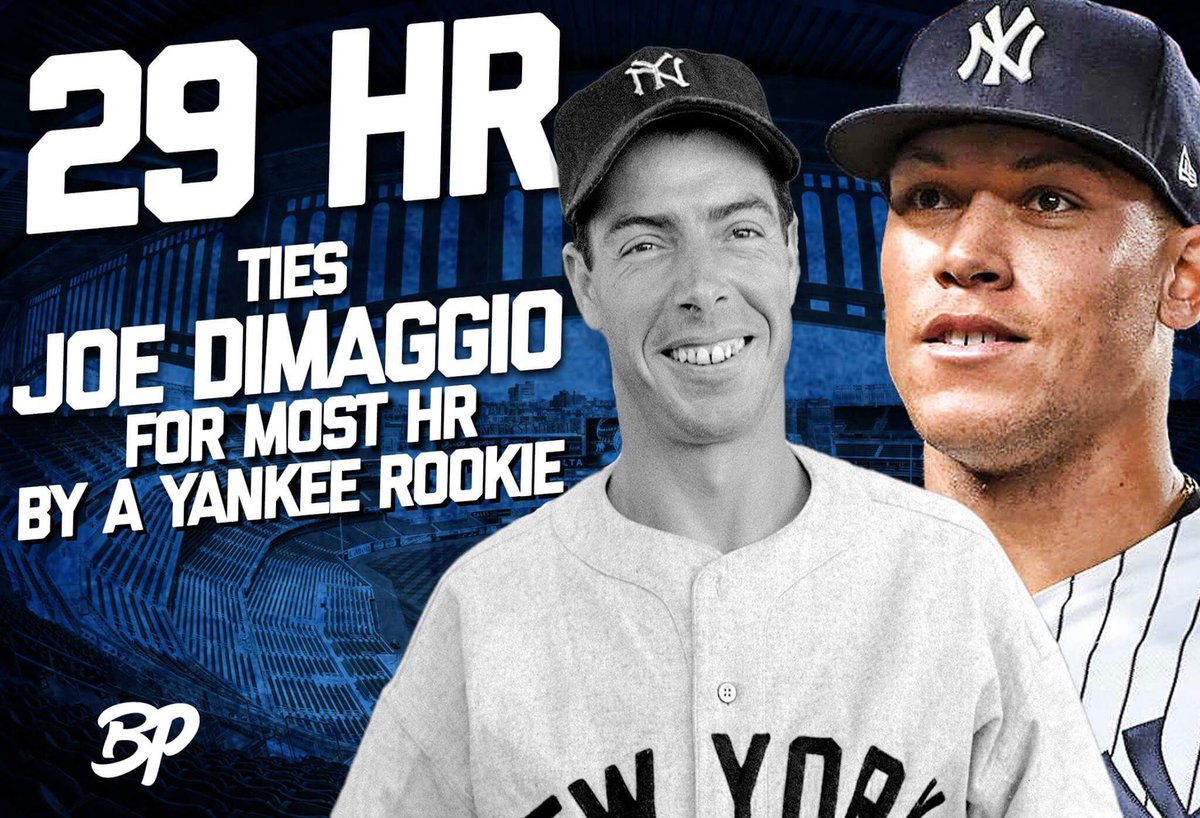 Joltin’ Joe DiMaggio is one of those iconic Yankees and in 1936 he stormed onto the scene hitting a Yankees rookie record 29 homers in 138 games. On Wednesday in a 7-6 loss to the Toronto Blue Jays, Judge hit his 29th rookie homer into the Yankees bullpen, tying DiMaggio’s Yankees record. DiMaggio did it over the course of a season.

Aaron Judge belts his 29th homer of the year, a two-run home run to tie Joe DiMaggio for most homers by a Yankee rookie in a single season Check out http://MLB.com/video for more! About MLB.com: Former Commissioner Allan H.

Judge has done it in 81 games, with three more to play before the All-Star break. If he gets hot, Mark McGwires rookie record of 33 dingers before the break is not totally out of the question.

Hes sure to obliterate that record by the end of the season, further raising the standards for Yankees rookies. Hes already made an iconic contribution to a legendary franchise. Derek Jeters retirement couldnt have gone any smoother. Fans dreaded what the franchisee would be like without the captain, a stalwart of  the Yankees Dynasty Era. Nobody expected such an easy transition. It seems that when it comes to the Yankees there is always a classy, low key, homegrown legend sitting in the cut, waiting to take the mantle and keep the Bronx Bombers elite and relevant.

What we are witnessing is the perfect storm. A three-sport athlete who hit just 18 home runs in three seasons at Fresno State before putting it all together — his physical superiority, the mechanics, the bat speed and the power — and quickly rising to the top of the pro baseball ranks.

Already a giant of the game, Judge will continue to dominate baseballs social media mix as all eyes will be on the Yankees All-Star during the T-Mobile Home run Derby July 10 at Marlins Park.

What record will the new face of the Yankees obliterate next?