(Opinion) Today we get to play a game of remember when, after the Denver Broncos selected former Missouri linebacker Shane Ray with the 23rd overall pick in the NFL draft.  Thats right ladies and gentleman, Captain Hindsight is in the building. Remember when Shane Ray was arrested for possession of marijuana on Monday?  Newsday said his draft stock crumbled, while Business Insider hypothesized that the citation could cost him millions.

Heck, the Shane Ray profile at NFL.com predicted that he would go in the second round before the recent legal flap. The general consensus appeared to be that Shane would plummet in the draft because of a toe injury that the former Missouri Tiger refused to have surgery on.

The fact that he still was selected on the first day of the NFL draft, despite his recent run in with law enforcement, says a lot. It appears though the Denver Broncos were offering deals upon deals so they could move up to get Ray. That included their 28th overall pick, a 2015 fifth-round pick, a 2016 fifth-round pick and offensive lineman Manny Ramirez-who went to the Detroit Lions.

Indeed, Detroit got its lions share of the bounty, but the Broncos galloped away with a young man who it appears they had their hearts set on acquiring from the very beginning.  But, despite the red-flags, Denver gave up multiple picks for Ray.  The Broncos are actually in love with elite-level pass rushing talent, but some believe this is a mild reach. His athleticism is without compare for his size and position.  A 4.5 second 40-yard dash time for a 250 pound man is almost otherworldly.  Shane Ray broke multiple Missouri Tigers sack records belonging to former teammate Michael Sam and fellow Missouri alum Aldon Smith with 14.5 sacks last season.

Like Sam, he too was a consensus All-American and the SEC Defensive Player of the Year-although he capturing the crown outright while Michael Sam shared his award with C.J. Mosely of the University of Alabama.

Congratulations are definitely in order for the Denver Broncos and Shane Ray.  The former got the player they desperately want and need, and Ray found a home that believed enough in him to draft him despite alleged red flags.  And, to top it all off, he doesnt have to go through the public embarrassment of having the nation find out about his drug use on the Friday before a game against a big division rival, or being shown in handcuffs for ESPN to replay over and over again. 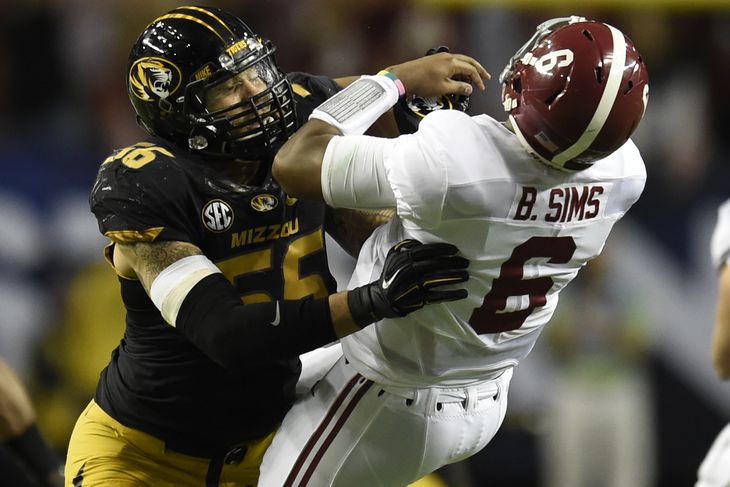 Instead, theyve taken him into their organization with no preconceived and naive notions of piety or innocence.  They know the young man has an affinity for marijuana and are better equipped to help him battle his addiction and help his continued grow as person.  Its anyone outside of the Denver Broncos organizations guess as to why they have so much confidence in the young man, especially considering the number of young men who have been battling substance abuse in the National Football League over the past few years-former Cleveland Browns receiver Josh Gordon and current Cleveland Browns quarterback Johnny Manziel in particular.

To be certain, there are a dozen or more NFL teams who would not have stepped up so high to grab Ray, and would use the Gordons and Manziels of the league as examples as to why. One can only speculate that the Broncos have a leg-up on the rest of the league as far as dealing with players and personnel who may be combating substance abuse. After all, Colorado is one of only four states in the union in which recreational marijuana use is legal.

Surely the Denver Broncos brain trust has been dealing with the weed and alcohol addiction problems stemming from raising families and being an employer in an environment of financial excess, in a state where an alcohol beverage is seen as a source of state pride (Coors Brewing Company) and marijuana is legal. Perhaps they empathize for a young man who could easily be their own child. Again, one can only speculate.  But one can only hope the Broncos willingness to draft Shane Ray had at least a semblance of altruism and less to do with Just win, baby.  If so, and winning is the all and all, then this isnt the last well be hearing of Rays drug problems.

Shane Ray has since told news outlets that this marijuana possession arrest was a ‘one-time mistake”, but if you actually believe he’s referring to being caught with the weed, rather than being a regular user of it, you must be high.