On an episode of the Kojo Nnamdi Show titled “The History of Black Barbershops,” Mr. Nnamdi says: Used to be that you could get a shave and a haircut for two bits, and for that price you got more than a trim and a fresh face. You also got a place to air your opinions, connect with neighbors, and a way of supporting a local business. An experience both tangible and intangible and of value in any community but perhaps especially so in African American barbershops.

Barbershops have been a cornerstone in the African American community for decades. Around 1854, San Francisco was home to 16 black-owned barber shops. During the 1860’s, a former slave, Peter Briggs, effectively monopolized the barber shop market in Los Angeles on his own.

Barbering was a source of wealth for those who catered to the higher-end clientele. Barbershop ownership was the path to affluence for the black man. One out of every eight black men considered to be wealthy owned a barber shop, with a net worth exceeding $2,000 (equivalent to around $55,000 today).

With mounting, growing competition from German and Italian immigrants, African Americans provided top quality service coupled with a first class experience, winning the business of white patrons. As a profession, barbering quickly elevated in status. Black barbers, with their artisan touch, won the market, cementing their role in society.

Barbershops drew their strength and influence from the African-American communities in which they operated. Their commitment to one another fostered spaces of trust and self-expression, giving birth to the barbershop culture today.

Barbers worked within their community, selectively grooming apprentices, maintaining a superior level of service, and controlling entry into the profession. The luxury experience they provided to their white customers went unmatched by the competition.

First-class amenities fill their shops, earning them access to coveted parlors locations. Luxury hotels and photography studios were home to many black-owned barbershops. From carpeted floors to laced window drapings, fancy chairs and upholstered furniture to centerpiece pianos, barbershops housed much of the decor which would later become hallmarks of the Victorian home. Hot baths, perfumed soaps, cigars, and the air of exclusivity were all part of the allure so desired by their white patrons. 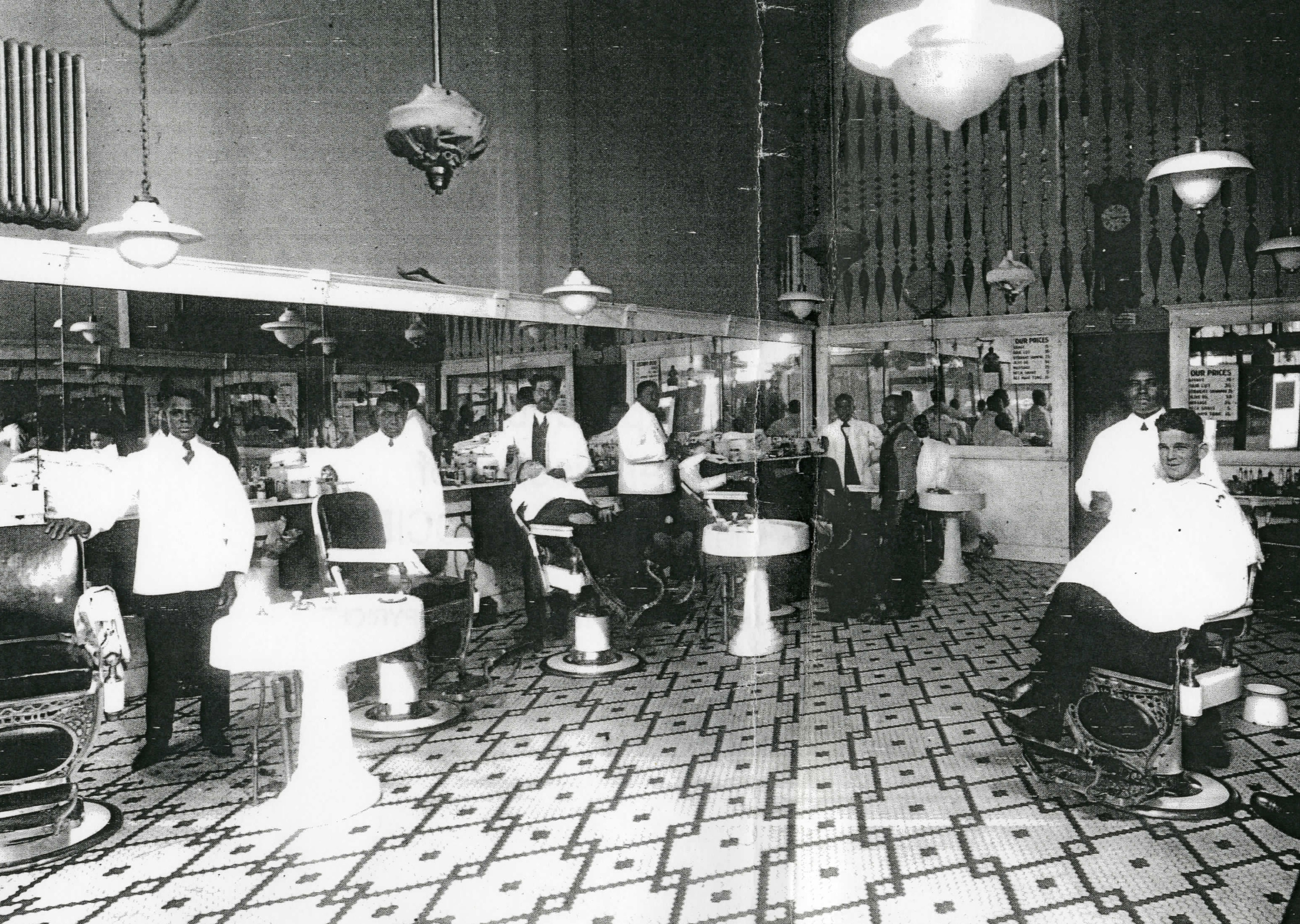 Out of necessity, they became masters of playing the server role. W.E.B Dubois coined a term “double conscious,” to describe this phenomenon, of always looking at one’s self through the eyes of others, of measuring one’s soul by the tape of a world that looks on in amused contempt and pity.

Black barbers understood the limitations of their time period, yet were able to capitalize on their unique opportunity. Turning the trope of black inferiority, for which has plagued them into their most valuable asset. The ability to wear the mask made black barbers a lot of money in the 19th century.

As they amassed more wealth, their status continued to rise, as did their notoriety. Barbers such as John Merrick of Durham, who later founded North Carolina Mutual Insurance, self-funded the principal investment from the profits earned from his barbershop. He was the barber of the Duke’s, the tobacco magnets of the Carolinas.

Alonzo Herndon of Atlanta also benefited from his wealthy white patronage. He served the white industrialists who moved to Georgias capital, with hopes to build the New South. For most of the century, these barbers exclusively cut only white customers, trading deference for dollars…

You can read the rest of this story right here on blavity.com