The PGA has long been considered one of the last bastions of white privilege and elitism, continuing a culture of keeping Black golfers, entrepreneurs and employees on the outside looking in.

With the recent events in this country, corporations and organizations known for their mistreatment of African-Americans have emerged to profess their disgust with George Floyd’s brutal killing at the hands of Minneapolis police and promising change within their own cultural structures that will embrace diversity.

Many organizations, such as the PGA of America, made statements that appeared to be an awakening of sorts, as leaders of these institutions finally confronted white privilege by condemning the murder and promising to continue to fight bigotry, practice honorable race relations and inclusiveness. In essence, many of these corporations were denying that racism is a part of their own culture, yet continue to practice the very sins and oppressive tactics towards Black people that they denounce publicly.

Wendell Haskins, Chief Marketing Officer at The Professional Collegiate League (Basketball), worked for PGA of America’s executive team from 2014-17. He’s the founder and president of the Original Tee, a company that includes the Original Tee Clothing Brand and the Original Tee Golf Classic.

Haskins seeks to combine the worlds of golf, entertainment, fashion, and business, and as a result, his golf tournaments often feature golf-addicted celebrities and athletes. Prior to the Original Tee, he was an executive with Island Records’ Def Jam Recordings label.

Haskins says that statements made in the PGA of America’s open letter (https://lnkd.in/dXQqbNE) on racial protests prompted him to write an open letter sharing his personal experiences concerning race and the PGA during his tenure. Things that have festered inside of him, but he didn’t speak about until now.

In her statement, Suzy Whaley—the first female president of the PGA of America —mentions the fight against racism is one that cannot be ignored any longer.

It is my belief that humanity stems from kindness, faith and hope. But as I watch the continued injustice against African-Americans in our communities, the mass destruction and hopelessness, the frustration and the call for action in cities nationwide to stand for what is just and humane, I understand the power we have as a game and as a group of individuals that will no longer tolerate the racism and bigotry that lives today and has lived in our past,” Whaley said. “Our spaces can be used for good, to invite and welcome people from all walks of life and to rise up and say no more. Enough is enough.

CEO Seth Waugh confronted his own privilege as a white male in the letter, and further remarked that staying silent in this moment “on this existential question at this important moment is simply unacceptable.”

The outrage and disgust feel so universal this time, but we still need to take real action to make sure this makes us better, not worse,” Waugh said. “I do believe that we will get through this, that people are inherently good, that police kneeling with protesters and a surviving brother calling for peaceful demonstrations as what his late brother would want will ultimately carry the day.

Haskins shares a chronology of events in an open letter to the PGA of America, that paints a picture of the culture of the PGA that led to his departure, just three years after joining the organization.

When Pete Bevacqua first approached me with an opportunity to work for the PGA of America to join his executive team because of what I was doing with my own Original Tee Golf Classic, it was a rare opportunity and I couldn’t have been more excited for a chance to contribute to the game at the highest level.

Two things that Pete emphasized when he approached me were:

• that he was impressed with my network and wanted me to bring those relationships to the PGA of America, and;

• to produce and grow my Original Tee Golf Classic under the PGA umbrella.

In the wake of this current consciousness concerning the undeserved experiences of Black people, I just want to share with you what the experience was like for me as one of the very few Black executives to ever walk through the doors of the PGA of America to work there. As the son of a lifetime Urban League executive who has the purpose of equality and civil rights baked in my DNA, I find it necessary to share this with you in hope that it will help you in understanding the culture of your company and taking the courageous and necessary actions to make the PGA of America a truly diverse and inclusive organization.

When I saw the photo used in Golf World accompanying the article about the PGA making a statement on racial protests it only conjured up thoughts of my own experience while working for the PGA of America. 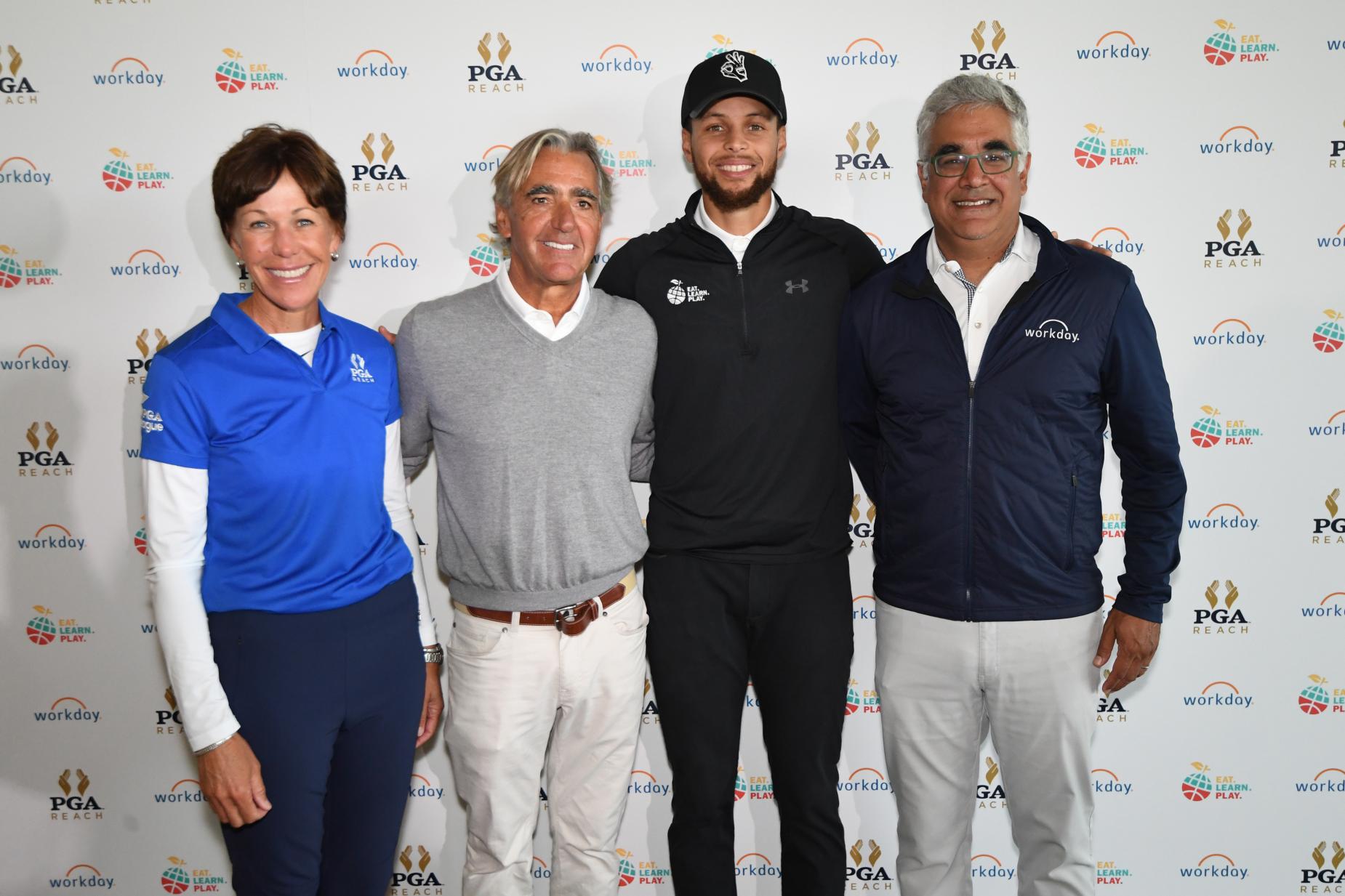 The relationship with Steph Curry was one that I relentlessly cultivated and initiated at the PGA of America, only to be denied the opportunity to do my job and close the deal myself.

There were myriad microaggressions, unscrupulous practices and instances where the PGA could have stepped up, stepped in or merely showed up to improve race relations and did not.

A bulleted chronology of what I experienced from January 2014 – September 2017:

Varner is one of three African-Americans ranked in the Top 200 on the PGA Tour. Tiger Woods and Cameron Champ are the others. Varner’s been somewhat thrust into the role of PGA spokesman on race in light of the George Floyd killing and massive protests that have ensued.

*In the following year, in order to show support of my colleagues and hoping to gain the company’s involvement in my Original Tee Golf Classic, I contributed $10,000 dollars to PGA REACH under the condition that they would designate that money to The Bridge golf program in Harlem, NY to fund a Jr. League Golf Team. I was told they would be given $2,000 a year for five years. That expectation was not upheld by REACH.

I was confused and disappointed when the Senior Director of Media didn’t want to release the commercial on Golf Channel because he felt it was “too different.”

Despite these slights, Haskins continued to work with the PGA, secure funding for events, try his best to build relationships with executives, represent the organization positively to media and the Black community and diversify a culture reluctant to step into the 21st century. The breaking point, however, occurred in 2017.

These are some of my recommendations moving forward: