The year 2016 will be forever known as a game changer in professional team sports. It will be historically documented as the moment when players in the major sports finally GOT IT!

They finally started grasping how the dynamics of supply and demand work and began demanding things that ownership used to control.

From the formation of friend-driven super teams, increasing salaries in the NBA coupled with players speaking out on social issues beginning with ousting Donald Sterling as a league owner in 2014, to Von Millers recent Curt Flood moment on Friday; That “keep my head down, ball and get my checks” mentality is going the way of the in-game baseline dunk.

The players may still be considered high-priced slaves, but many of them will be rich enough, business savvy enough and influential enough to buy their own plantations and hire as many non-minorities as theyd like to plow the fields upon retirement. For many years, that wasnt the case.

Now, an influx of TV money has raised the NBA cap and lifted salaries through the roof, to the benefit of several players, most notably Memphis Grizzlies guard Mike Conley. Conley, a solid point guard throughout his career, was the beneficiary of the biggest contract in NBA history, No, he’s not that good and most people can’t understand the way the new NBA player is starting to understand business.

Even in the Monopoly money world of the modern NBA, a $153 million contract gets everyone’s attention. It certainly got Mike Conley’s, and he was the fortunate recipient.

“When I first got that number, I didn’t understand how it got that high,” he said Sunday. “For me, I’m still used to the old salary cap, like a lot of people are. Where a $100 million contract, $90 million contract, that’s the top. That’s what you’re going to get. And that’s where my mind had always been, just right around that number, $90 to $100 million or something. That would be great. And to hear something like 153? That doesn’t make any sense. But I saw how, with the way the salary cap is bumped up, and with the Bird rights and everything else going along with it, it was really good timing. It was unbelievable.”

But Conley was in the right place at the right time — an unrestricted free agent whose Memphis Grizzlies had full Larry Bird rights on him, and could thus give him a five-year deal starting at 30 percent of the salary cap, the maximum for a player who’s played between seven and nine seasons in the league.

In each instance, the player’s main goal was financial stability. Conley has missed some significant time due to injuries in the past as well and he’s not getting any younger. Football’s the last financial frontier for these athletes to conquer.

Most players still don’t have any guaranteed money coming. A football players greatest glories in life and their ability to support their families financially should not expire at 30. In the past, weve seen too many stories of ex-greats, almost crippled and financially depleted after giving their body and souls to a pro sports franchise.

Miller decided to represent for future generations of players and be recognized as a new age shot-caller. He’s carrying on the tradition of player empowerment initiated by immortals such as Jackie Robinson and Flood and even LeBron James.

Any time labor disputes arise in any sport, Curt Flood’s heroic actions in baseball are mentioned and referenced.

Flood, who spent 15-seasons as an All-Star outfielder for several teams, most notably the St. Louis Cardinals, became one of the central figures in baseballs labor history when he refused to accept a trade following the 1969 season.

He appealed his case all the way to the Supreme Court. While Floods unwillingness to give into unfair labor practices by the MLBs big wig owners ultimately led to players fighting baseballs reserve clause and the birth of free agency, Flood didnt benefit from this financially.

In fact it ended his baseball career, caused him great stress and he died at the tender age of 59. A martyr if there ever was one, Flood did finally get acknowledged and immortalized by HBO Sports in its documentary, The Curious Case of Curt Flood. It chronicled the success, struggle and legacy of the St. Louis star.

Flood’s good friend and teammate Bullet Bob Gibson spoke of the sense of humor with which Flood approached the racial discrimination they shared, and how Flood was a team player in everything he did.

His sacrifice and vision has made baseball the highest-paying professional sport on average and those philosophies have trickled into football, where men were once just pounds of flesh and bones with no guaranteed contracts or control of their careers.

Fast forward to 2016 and Millers historical hold out marks another victory for players rights and evening out the imbalance between ownership and the product that makes ownership rich. Miller held out for a long-term deal with the Denver Broncos and on Friday, he signed a record $114.5 million deal with the squad, making him the highest paid defensive player in NFL history.

Usually, when a superstar player was having negotiation problems with his team, he would be labeled a franchise player and receive a juicy payday for the season, with intentions of renegotiating after the season or walking away from the team to sign a long-term deal elsewhere.

Besides the one-year salary, the team holds all of the power in this situation because they are getting another full season out of the players career, but the player has no security if he get injured or suffers a career ending mishap.

Miller, an outside linebacker and the MVP of Super Bowl 50, was initially offered a $14.1 million deal for 2016 if he agreed to be labeled as an exclusive franchise player.

He wasnt having it. He decided to take his chances on changing the game. Denver refused to let Miller walk out of the door. The effects of this decision has immediately impacted the negotiations of other NFL players.

The Jets decided to come correct as well and after a long period of stagnant negotiations, defensive lineman Muhammad Wilkerson got a five-year deal worth $86 million, of which $36.75 million is guaranteed at signing, including a $15 million signing bonus.

The contract, which averages $17.2 million per season, also includes an injury guarantee of $53.5 million. The lack of security in being franchised was also a concern for Wilkerson, who led the Jets with a career-high 12 sacks prior to suffering a broken right leg in the final game of the 2015 season and also recognized the injury risks in being franchise tagged.

In the end, the Jets did a nice job of maximizing the leverage afforded by the franchise tag, and Wilkerson becomes the highest average-per-year baller ($17 million) in franchise history.

Wilkerson wanted to get paid more than J.J. Watt and he got it. The Jets splurged, but in fact, he’ll get only $2.5 million more in 2016 and 2017 than he would’ve received under two franchise tags.

In this case, it seemed to work out for both sides. Credit Jets GM Mike Maccagnan for seizing the opportunity presented by Millers game-changing deal and acknowledging Wikersons value, because he probably wouldnt have signed his franchise-tag tender by the time camp jumps off on July 27.

In the past, certain players were too fearful of not being able to earn any money or being labeled  a malcontent or greedy. Owners would possibly collude against this player, making it hard for them to land with another team or sign for the money he deserves.

In light of the recent evidence proving the damage that an NFL career does to a person, physically and mentally, Miller had the right idea in holding out for financial security, especially seeing the way the NFL fights so hard against having to pay players for damages suffered as NFL players.

Miller totally understands the sports landscape hes living in and decided to push the envelope while his stock was at an all-time high. He called Denvers bluff and they folded like a cardboard box.

For his diligence, bravery and intellectual fortitude, Miller is $70 million in guaranteed money richer today and the stand he took in leveraging his greatness with his wealth and the teams ability to find a replacement of his caliber was masterful.

It sets a precedent for future NFL negotiations and begins to break down one of NFL ownerships most effective tools of controlling players and getting them on the cheap with no real investment in them as a people. 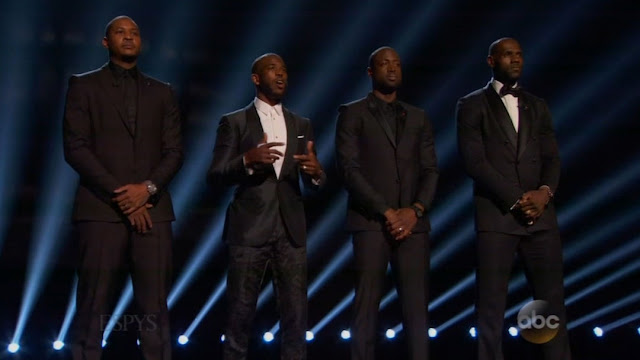 Its a new day in pro sports. Owners will have to increasingly give players in all of the major sports a bigger piece of the financial pie. Or when the time comes, they will revolt, institute change or just go elsewhere and adjust the menu to their preference.  And thats the way that it should be.