Super Shooter Steph Curry got hit with a brick of Kryptonite on Sunday night as Cleveland rebounded from a tough Game 1 OT loss in the 2015 NBA Finals, to prevail in a Game 2 OT thriller 95-93. The developing themes so far in these NBA Finals; LBJ having to carry a Jordan and Kobe-like scoring load and being expected to basically get every bucket and take 90 percent of the shots for his team comprised of NBA misfits, trade chips and second-tier talents. After his 44-point performance in Game 1 couldn’t get the Cavs over the hump, in Game 2 at Oracle Arena with overzealous Warriors fans thinking sweep if they could nail this win down, James had 39 points, 16 rebounds and 11 assists and did what iconic players do  — and this time it was enough to grab a W.

The second developing theme– which has got to be a real concern for Golden State coach Steve Kerr — is Chef Curry stroking colder than mid winter in Siberia. After hitting just 2-of-6 treys in Game 1, Curry was a dismal 5-23 from the field and 2-of-15 from three in his second ever NBA finals game.  And when he’s not on, it seems to be contagious. Backcourt mate Klay Thompson had a strong game (34 points, 4-of-12 from three-point land) but overall Golden State shot just 22.9 percent from yonder, hitting just 8-of-35 attempts.

The Cleveland defense has been the difference in this series so far. David Blatt and the Cavs understand that with their lack of scoring punch and All-Star caliber talent, they will have to gut these wins out with swarming defense.

Remember when Mighty Casey struck out? It destroyed Mudville. Well, somewhere along the way NBA fantasy and folklore got mixed with reality and cats really thought Curry would shoot 50 percent from three for the rest of his life. These first two playoff games have been his Might Casey moment. It’s up to him to earn a better fate than the Mudville slugger. You can say he was off. You can say the playoff pressure is getting to the young MVP. Or you can just say what I’m seeing: a ferocious Cleveland D who, with the additions of JR “knucklehead” Smith, Iman Shumpert, active 7-footer Tim Mozgov and lunch pail pirate Tristan Thompson, are athletic and feisty enough to guard the perimeter and paint, making life a living hell for Curry. Mathew Dellavedova was all over the court and with LBJ bringing an even heightened defensive awareness, in Cleveland you have a team that isn’t giving an inch. It’s the only thing that will keep them in the series. The common thread of social media thought is that Chef won’t miss this much for the rest of the series and he is due to breakout. This is where we see what the 6-3 guard out of unheralded Davidson, who took the NBA world by storm with his combination of ball handling and unprecedented shooting, is truly made of. He’s facing the best basketball player on the known planet and a band of scrappy pieces that are having to gel on the fly. He’s got the stronger club, the better coach (supposedly) and a healthy squad. 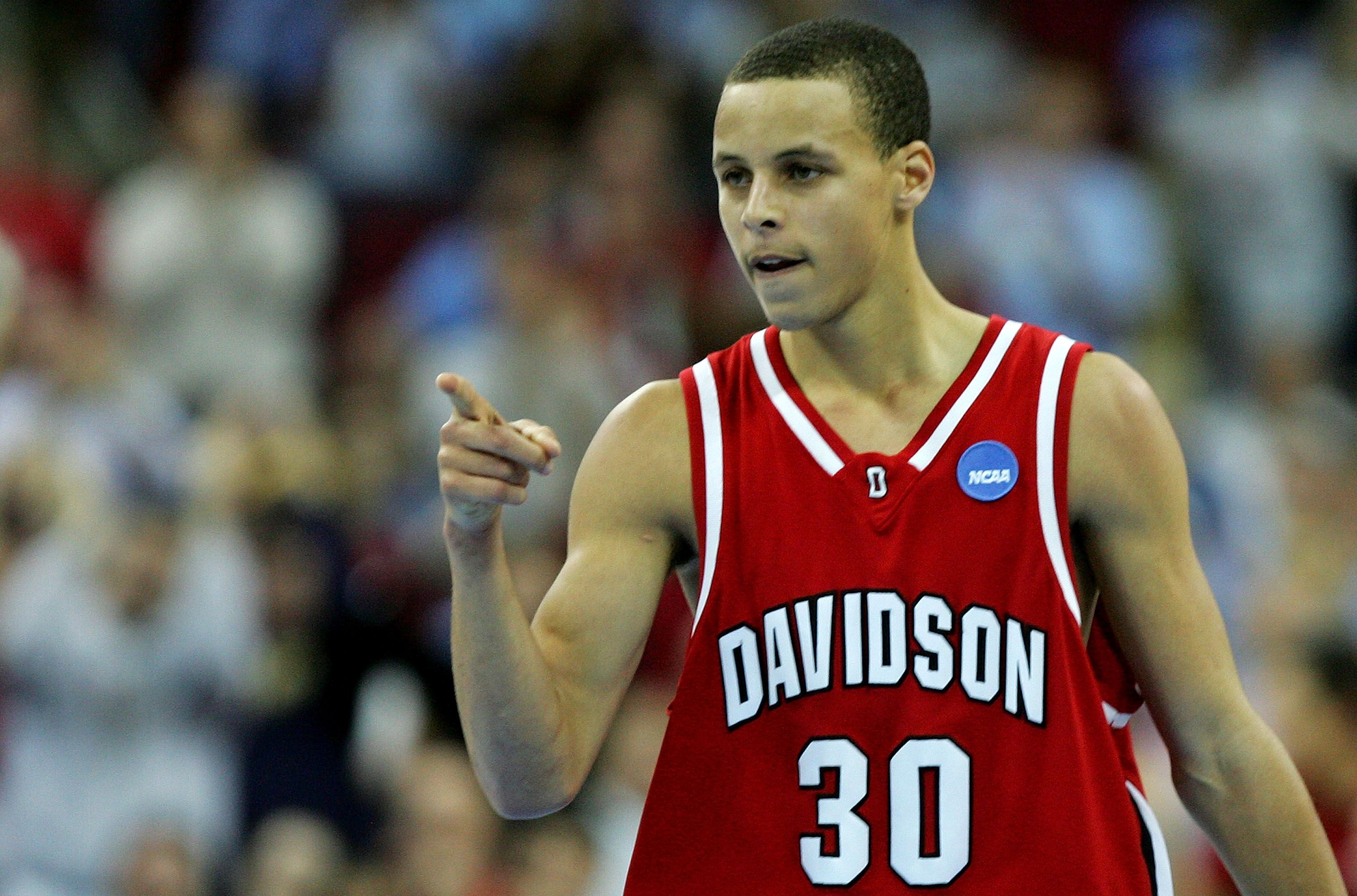 Now we will see if Curry has the MVP mettle that he has been credited with. How he rebounds from these abysmal shooting performances will influence Curry’s legacy in a major way. Is Cleveland in Chef’s head? LBJ is a master of the mind and whine game. He’s the Sultan of Flop. The Ultimate Opportunist. He plays chess out on that court. Curry plays checkers. Not to disrespect the young gunner, but coming down and chucking up threes when its clear that it’s not that type of party isn’t the wisest move. Curry is playing right into Cleveland’s hands.

Curry’s greatest success in the first two games of the NBA Finals has come from his ability to shake cats off the dribble and drive to the hole. However, he continues to launch — and miss — trifectas instead of embracing his offensive sensibilities. I sense a stubbornness in Curry that he has to get in check.

The Golden State offense is multi-talented and multi-faceted, but its ultimate success is predicated upon the consistency of Curry’s long-range game. Even when Golden State is winning a game, when Curry misses a jumper the crowd reacts like they got hit in the gut with a billy club. It’s not like he’s going to start playing in a different way, so Golden State better hope the MVP Steph checks back in soon.

They aren’t winning the series with the sharpest shooter in the history of the game (so they say) getting locked down like a Cali Cartel boss after a DEA sting operation.