SAN DIEGO – As the 2016 T-Mobile MLB Home Run Derby went down without a brother in the bunch for the second year in a row, I caught up with retired MLB ballers Kenny Lofton and LaTroy Hawkins, who remember the days when a brother balling in the MLB was common place.

Though no longer representing African-American stars in baseball, the two players have teamed up to utilize and share their baseball knowledge off the field and behind the microphone on a new show.

I caught up with these dudes in the press box in beautiful, scenic San Diego.

We are doing a show called MLB on TuneIn, Lofton told TSL. Its a free app…we pretty much just watch baseball and talk about it. We do it weekdays when MLB season is in from 7p.m. — Midnight ET.”

Broadcast live from TuneIn Studios in Venice, CA, the five-hour show which launched in May provides listeners with drop-ins from local radio coverage of in-progress MLB games, plus post-game interviews and analysis.

“We are official rights holders to stream audio of MLB – as well as NFL, NHL and NBA – games around the globe,” said Tittle.

We are excited to have assembled an informative group of talent to kick off our latest original content venture that highlights the action and provides insightful analysis to break it down for the fans listening on TuneIn, said Kevin Straley, TuneIn Chief Content Officer. Baseball is the original audio sport and we are excited to enhance the experience for TuneIn listeners with the most timely updates from across all thirty Major League ballparks.”

Lofton is a former MLB outfielder, who finished his career with over 2,400 hits and was a six-time All-Star (1994-1999). He also flashed prolific leather, winning four Gold Glove awards and he was a bag-stealing boss, who at the time of his retirement ranked fifteenth on the all-time stolen base list with 622.

The career .299 hitter worked his way up to the MLB from the slums of East Chicago, Indiana, where he was a two-sport athlete, who could have gone pro in a number of sports. Though his baseball prowess eventually erased any memory of his excellent pill skills, Lofton was the backup point guard to Steve Kerr on a team that made it to the Final Four of the 1988 NCAA Men’s Division I Basketball Tournament and started at point the next season, when Lute Olsons power squad advanced to the Sweet Sixteen. 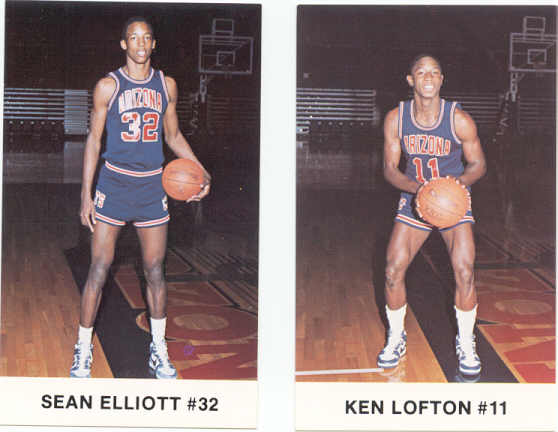 Lofton is one of only two men to play in a college basketball Final Four (1988) and a MLB World Series. He tried out for the baseball team during his junior year, immediately impressed scouts and was later drafted by the Astros in 1988 in the 17th round of the MLB Draft. The rest is history.

Ive been gone for a long time,” Lofton told me while watching Giancarlo Stanton put on the greatest exhibition of power in MLB Homer Derby history, “but actually this is my first All-Star game, coming back, since I finished playing…So its pretty cool, but I also have my film production company called Film Four. We do a lot of low budget films; we have TV shows and have a full editing facility in Burbank, California. I got my degree from University of Arizona in Studio Film so Im using it now.”

Hawkins says he grew up “about five miles from Lofton” in Gary, Indiana. Before retiring in 2015, Hawkins spent 21 seasons in MLB, thriving as the number of African-American pitchers dwindled.

In his MLB career, Hawkins played for the Minnesota Twins, Chicago Cubs, San Fran Giants, Baltimore O’s, Colorado Rockies, New York Yankees, Houston Astros, Milwaukee Brewers, Los Angeles Angels of Anaheim, New York Mets, and Toronto Blue Jays. At the time of his retirement, Hawkins was the only active player to be a member of the 1,000-games-pitched club, and at 42 years of age, was the oldest player in MLB. Like Lofton, Hawkins was a multi-sport standout in high school and could have played another sport professionally.

“I played three different sports in high school and my mechanics were sharp,” Hawkins told me while sporting a media pass and engaging in some serious talk about baseball culture with fellow TSL All-Star Rob Parker.

“The scouts just really liked me in baseball. I loved it because I was good at it, especially growing up where I grew up at, continued Hawkins, who is the pitching coach for the Brazilian National Team as well as Loftons MLB on TuneIn co-mouth piece.

Hawkins says his new gig presents some challenges that baseball never did.

“Well I think the hardest part for me is explaining what I know in laymans terms so the person thats listening to me that has pretty much no clue about baseball can understand me,” Hawkins told TSL.”Thats the biggest challenge for me.”

However, its certainly not as grueling on the body and mind as a 162-game baseball season.

“Its been fun.” Hawkins said.  “They set up a studio in my house so I do whatever Im going to do from the time I get up to three o’clock then I take a nap, set my alarm for five oclock, get up, shower put on my pajamas, go in my office and get ready for the show, when 11 oclock comes I turn everything off and go to bed. I cant beat that.”

Most retired pro athletes have a hard time transitioning back into a normal lifestyle, but not Hawkins.

“This was my first year not playing, but I dont miss it,” Hawkins told TSL. “I played so long and I already had made a conscious decision that I wanted to leave the game on my own terms. I wanted to hand major league baseball the jersey back and didnt want them to have to take it from me. And I had a unique opportunity a lot of players dont get to have and I took it and ran with it. I was content with it. Im happy being at home chilling and not getting ready for the daily grind of traveling and being on the baseball field 160 plus days. I dont miss that part.”

In addition to kicking it on a sports tip, Hawkins is a conscious observer of baseballs importance in the African-American community and considers himself an MLB ambassador, particularly for aspiring African-American pitchers. “There are very few African-American players period… not just pitchers,” Hawkins noted. “Hopefully we are doing some things that are going to change that. We have the RBI program and MLB has set up all of these academies across the country, helping these guys get into the game and weve had some Black first round picks lately. Its a slow process but hopefully it will pick up in the next couple of years and we can get those numbers back to where they were in the 70s and 80s.”

For now, these brothers seem to be enjoying themselves as they enter the world of broadcast journalism and will continue to use their post career platform to share knowledge and perspective of the game and inspire young black athletes to return to the sport that has been more vital and influential to their total American experience than a changing society cares to acknowledge these days.