When I spoke with a handful of former NFL QBs prior to this 2016 NFL season and asked their opinion about whether Andrew Luck and the Colts could rebound from a surprisingly dreadful season, I didnt feel the optimism.

Despite Lucks talent and stats, these guys were critical of Luck as a player and very critical of the talent the organization has put around him.

Said former Jets and Bengals QB Boomer Esiason: He plays too reckless. I dont see the Colts as a playoff team no matter how good he is because I dont think their defense is good enough.

Former four-time Pro Bowler Rich Gannon said, Luck has got to take better care of the football. He has been very careless…The turnovers have been a real problem for him. That’s got to get corrected and hes got to do a better  job not taking the unnecessary hits that hes been taking. Hes got to throw the ball away a little more.

Frankly, from an organizational perspective, added Gannon, they have not done a good enough job of protecting him up front with the personnel and the running game. So, I know that’s been a point of emphasis. Hes a very talented player. A smart guy, but theyve got to get better. They are in a division where Jacksonville is going to be improved and the Houston Texans will be better…its not going to be easy. I am glad hes healthy and hes back.

Hall of Fame QB Dan Fouts probably summed it up the best: It all starts up front on that offensive line. And Lucks offensive lines not been very good and that affects the running game and the passing game. Until they get that squared away its going to be difficult (for the team to have any real success).

After reading all of these opinions, you might ask why former Colts receiver Reggie Wayne has received so much backlash for saying the same things, now that the Colts are 1-3 and suffering from every deficiency my QB panel alluded too.

Dude didnt say anything different than what anyone else was saying about the Colts. Problem is, Wayne played for the franchise and he has relationships with the players, so they took his truth more personally.

I dont respond to media, but I cant stand people who think they know what’s going on like he is in the building amongst us, Cole wrote. So dont use my name ever again because if you do, these things you will take back them words of time I was playing. I stay in my lane, because Im here for my team. This goes for everybody and certainly Reggie Wayne. Reggie I have all respect for you, you will always be a Colt for life. I know you are mad about what you are seeing but this is not the way to talk about the team who gave you opportunity!

Appearing on NFL Network, Wayne insisted that although hes not in the building, he knows what time it is with the organization.

I watch all their games. I woke up at 9 oclock last week to watch a 9:30 game in London. Im still watching these guys, Wayne said. I want Robert Mathis to do well. I want DQwell Jackson to do well. I love [Adam] Vinatieri hes looking younger every year. I want those guys to have an opportunity.

Wayne also expounded on his controversial comments, giving some credit where it was due.

“I honestly think Andrew Luck is playing pretty good despite some of the O-line woes that they’re having. A lot of people are wanting to criticize Andrew Luck instead of what I think the big problem is. I think that big problem is a lot of their front-office decisions. It’s draft picks, or it’s free agent pickups. They’ve missed on a lot of guys.”

The former wideout went on to list players the Colts scouting department has missed on, such as LaRon Landry and Arthur Jones. He also mentioned Trent Cole, who Wayne says “hasn’t given [the Colts] anything.” Adding overall, “They’ve used their money to get guys who didn’t do anything.”

Cole, who is currently on injured reserve, had a career low in tackles (32) and tied his career low in sacks (three) in 2015. While Cole may be a bit sensitive to the criticism, many of the comments on his FB post were pro-Wayne. 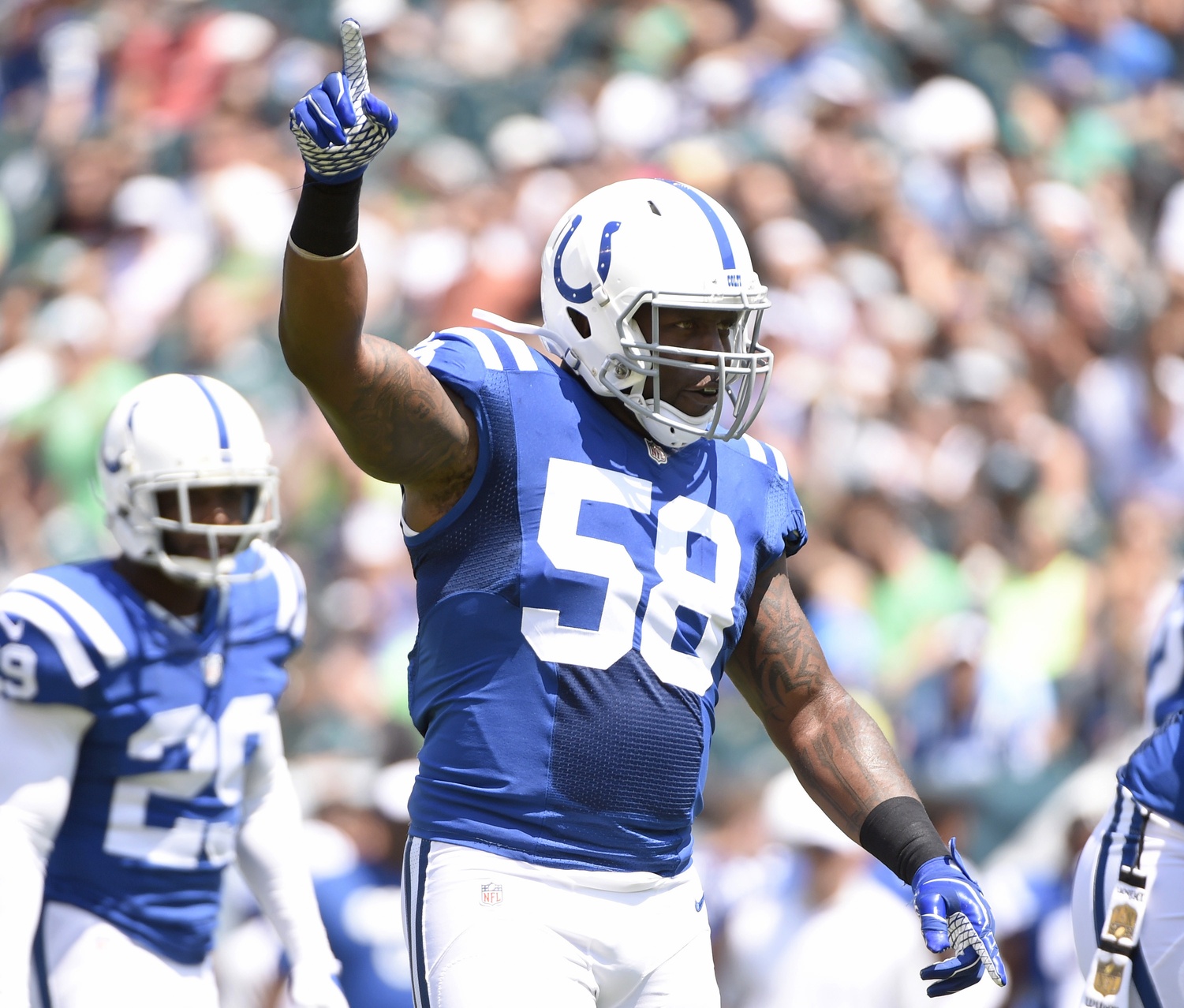 One Facebook responder wrote: Dont speak against Reggie that’s a Colts God you just got here and haven’t done anything you a bust fam.

Another Facebook comment read: Reggie speaks the truth. He helped bring a Super Bowl to this team. What have you done…. I’ll wait….. Maybe 2.5 or 3 whole sacks and maybe 10 tackles…. yeah….. when you actually do something, then talk.

NY Giants pass-snatcher Odell Beckham is crying because hes not having fun and Trent Cole is hurt because his team is dookey. Maybe these offended parties need to get better. Improvement is always an option, especially when complaining yields the same results.