World peace is a major problem. Homeless rates soaring and fixing world hunger is a constant challenge, but have no fear because Tom Bradys missing jersey — swiped from the Pats locker room following from Super Bowl LI — has been found, the NFL announced Monday, along with the jersey the New England Patriots quarterback wore in the Super Bowl two years earlier.

The world can breath easier and focus on other things such as the growing deficit and Prez Trump’s potentially debilitating budget cuts now that Tom Bradys precious Super Bowl jerseys have recovered. He went from Super Bowl psyched to Pitbull pissed when his stuff first went missing. 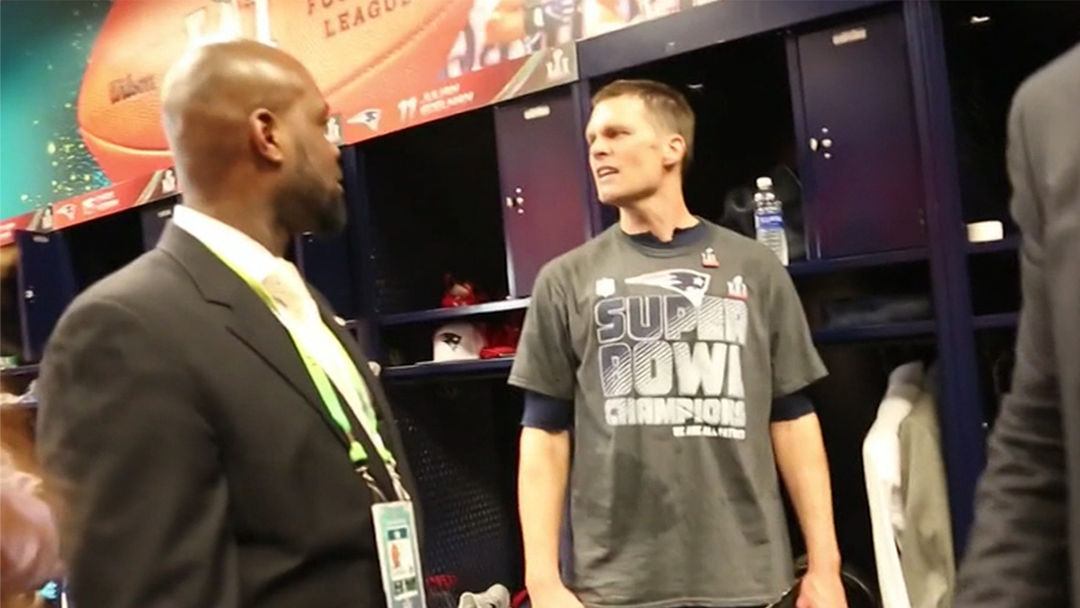 Thankfully, police and investigators can return to their jobs and reopen the murder case files and begin catching other less troublesome criminals than the person who had the audacity to steal Brady paraphernalia.

The NFL said a joint investigation by the FBI, NFL security and Texas law enforcement officials discovered the jerseys in the possession of a credentialed member of the international media.

That makes sense. A Tom Brady jersey is a comeup overseas. Houston police chief Art Acevedo announced that the game-worn jersey had a value of $500,000 and was traced to Mexico.

The Super Bowl LI jersey worn last month by MVP Tom Brady has been recovered, the NFL’s statement said. Also retrieved during the ongoing investigation was the jersey Brady wore in the Patriots victory in Super Bowl XLIX against the Seattle Seahawks in 2015.

I personally hoped they never found the jersey. Whoever took it, hopefully really needed it and some things you just have to chalk up to the game. But Brady and the sleuths who helped him recover his valuable shirt obviously wouldnt let it rest. Thats Tom Brady for you. Hes not giving up an inch and that stubbornness is a trait of his championship mentality.