Decades ago, when I was first given a platform from which to pen my views, it was then considered against the moral obligations of a journalist to get cozy and comfortable with interview subjects. Before the age of blogger fame, red carpet info vultures and reality show vixens, it was against the rules to get too buddy-buddy with the people we were writing stories about. Today that way of thinking is largely gone.

Some venture into this profession with the purpose of mingling with celebrities and gatekeepers as their singular motivation. It’s hard to be objective when you’re fawning over, and trying to ingratiate yourself with, someone you’re reporting on.

After years of grinding my molars with discontent for the practice, I’ve found myself somewhat indoctrinated into this line of thinking.

With the pending release of his upcoming film Birth of Nation, actor Nate Parker has become the center of a great deal of attention. This was inevitable considering the controversial nature of his film, which is a biopic about the life and times of slave insurrection leader Nat Turner. The film was just picked up by Fox Searchlight a few months back. Possessing an actor’s resume that is very extensive, Parker has verbalized his intention to play characters that expanded the scope of America’s view of Black men as being no more than thugs, athletes and preachers. He has even spoken about not playing gay roles because of his belief that they promoted the emasculation of Black males. I didn’t write anything critical of his statement because at the time his views on the matter were along the lines of my own, even if only incrementally so.

In 2014, I interviewed Nate Parker at the Crosby Hotel in NYC during the presser for Beyond the Lights. It was during that exchange that Parker informed me of Birth of a Nation. I immediately gave him props because of the the importance of adding this offering to the American cinematic tapestry. In a 20-minute span, we laughed, talked world matters and discussed the importance of his work and worldview. I left feeling more of an affinity for the gentleman than I had for any interview subject I had come across in quite some time. 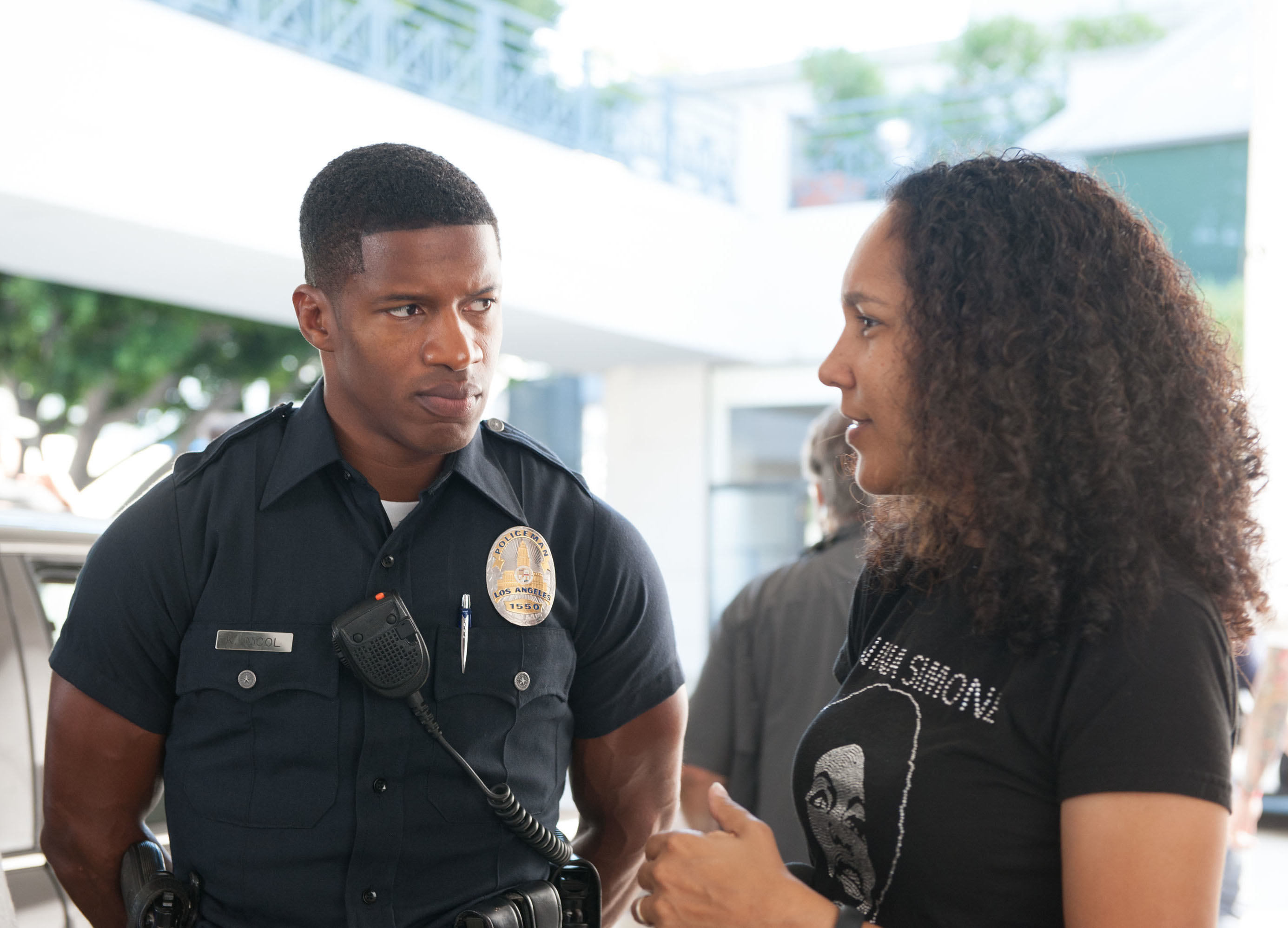 But the more you learn about people, the more you realize you don’t know nothing at all. Last week it was revealed that Parker, and Birth of Nation writer Jean Celestin, were accused of raping a young woman while attending Penn State in 1999 after a night of drinking during an interview with Variety. Both of the accused were on the Nittany Lions wrestling team.

Parker claimed the encounter was consensual and was found not guilty after it was revealed he had a sexual encounter with his accuser prior to the night in question. Celestin was convicted and sentenced to six months in prison. He appealed the verdict and was granted a retrial. However, the victim refused to testify a second time so he got off.

The entire scenario was disgusting to read of, and I can only guess at what the victim was dealing with. During the trial she said she tried to commit suicide twice following the incident, that she was asleep while it occurred, and that she was stalked by Parker and Celestin after she reported the incident. The article also reported that she killed herself in 2012. Though there is no direct correlation that the suicide had anything to do with what happened to her 13 years prior, one can’t help but connect the psychological dots.

On August 16, Parker released a statement on Facebook in his own defense amid the media maelstrom surrounding this revelation.

“I myself just learned that the young woman ended her own life several years ago and I am filled with profound sorrowI cant tell you how hard it is to hear this news. I cant help but think of all the implications this has for her family. I cannot- nor do I want to ignore the pain she endured during and following our trial. While I maintain my innocence that the encounter was unambiguously consensual, there are things more important than the law.

There is morality; no one who calls himself a man of faith should even be in that situation. As a 36-year-old father of daughters and person of faith, I look back on that time as a teenager and can say without hesitation that I should have used more wisdom. I look back on that time, my indignant attitude and my heartfelt mission to prove my innocence with eyes that are more wise with time. I see now that I may not have shown enough empathy even as I fought to clear my name. Empathy for the young woman and empathy for the seriousness of the situation I put myself and others in.”

The victim’s family released a statement published in the New York Times that appeared to question the timing of this revelation, as well as stating their wish to protect the son of the deceased, as a few of the reasons they remain silent and anonymous. But there are other family members who have come forward and released statements to the contrary of that view, including one from the victim’s sister imploring other victims to come forward. One does wonder what purpose revealing this sad and unfortunate circumstance now serves. Is it for justice, for revenge or for some as yet unrevealed reason? It’s hard to tell.

Parker was 19-years-old when this incident took place. The victim was 30-years-old when she took her life. Parker rose to fame while the victim’s family lost a daughter, a sister and a mother to depression long before she actually died. Opinion now fills the space that should have been occupied by justice and closure. Blame the justice system for being callous to the mental implications of legal haggling amid accusations of rape and sexual assault, but I can’t judge Parker for what happened 17 years ago.

In my mind, I’ve never, ever wronged anyone in the manner that he has been accused of. But I’m no longer in contact with 99 percent of the women I’ve had sexual encounters with in my college years. I recollect hearing nothing but “yes” in each and every encounter. However, I don’t know what was going on in their minds, in their hearts or in their conscience. Who knows what I’d find if I was given the ability to time travel and read minds. But, by all things I hold dear, I believe I did not offend the virtue and sensibilities of anyone in such a predatory manner as the accused. I pray I’m correct.

Lessons abound for young women and young men alike. While I will be covering Birth of a Nation because of its historic and cinematic precedence, I’ll no longer be so enthralled with celebrity and “blackness” to assume I know anyone simply based upon the occasional 15-minute encounter.

Rest in Peace to the victim, and the thousands of others who took their own lives rather than living with the burning pain of injustice.