At the beginning of the season, it was widely predicted that these teams were going to be considerably better because of lineup changes, draft picks or coaching changes. However, as we come down to the homestretch of the NBA regular season, we see that none of them have been able to elevate to the next level.

Back when the Rockets got to the Western Conference Finals last year and were subsequently sent packing by the Golden State Warriors, it seemed like the sky was the limit in the near future. You had a serious candidate for MVP in James Harden, a player who has the potential to still lead the league in rebounding and blocked shots in Dwight Howard, and the acquisition of mercurial point guard Ty Lawson, who can orchestrate with the best of them.

But like a car abandoned in the South Bronx in 89, the wheels are on the verge of falling completely off. Former coach Kevin McHale was fired and replaced by JB Bickerstaff, and the losing continued. Ty Lawson and Harden both need the ball to be effective, so Lawson was sent to the bench. There are rumors that Dwight Howard and Harden have each requested that the other be traded.  It’s not a good look in Houston right now. 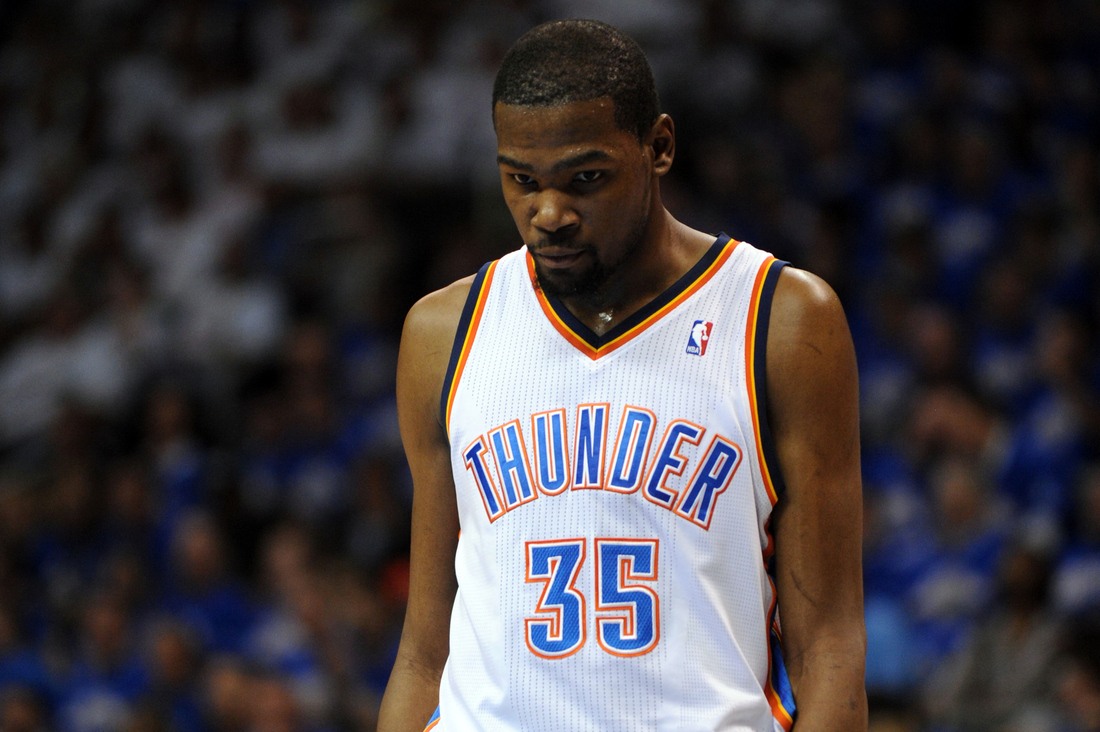 The Oklahoma City Thunder love to score the basketball and are very exciting to watch.  They have two of the very best scorers in the National Basketball Association in Kevin Durant and Russell Westbrook. So, what could go wrong?

Durant is averaging 28 points per game on 50 percent shooting from the field as Westbrook has become a better point guard than he’s ever been while averaging 10 assists per game.  However, as great as they are on offense, theyre very deficient on defense. Well, perhaps disinterested is more like it.   How much of that has to do with rookie head coach Billy Donovan is anybodys guess.  OKC never has been big on defense.

Durant has the length to be a pretty good defender, but he isnt. Westbrook has the quickness and physicality to be a better defender than he is as well. Although they sit in third place in the Western Conference playoff race right now at 43-20, they don’t seem anywhere near Golden State or San Antonio, who are vying among themselves for conference supremacy.

As a team, will they rise up to the challenge that they embraced when they made it to the finals four years ago? That’s what most were expecting this year. Thus far, it hasn’t happened.

Madison Square Garden in New York City is considered The Mecca of Basketball. However, with the manner in which the New York Knicks continually flounder year after frustrating year, it appears as if they may need to consider a more appropriate moniker.   After starting off the season with a better than expected record of 14-14 through December, the Knicks now find themselves drowning in ineptitude once again.

Carmelo Anthony has been passing the ball more than he ever has, but nagging injuries to his lower extremities have noticeably sapped his leg strength. Their point guards cant guard anybody and the bench players simply arent getting it done.  Derek Fischer was fired and replaced by Kurt Rambis, but nothing seems to be working.  Rookie phenom Kristops Porzingas simply is not ready to do any heavy lifting on a playoff caliber team.  Only three Knicks are averaging double figures in scoring.

Plainly put, the Knicks just dont have much firepower at all and will miss the playoffs for the third time in a row.  On a positive note, they have already won more games this season than they had all of last season. Melo leads the team in scoring, assists and rebounds. What else do you want, usher duty? Valet attendant? Cant keep blaming everything on Anthony. The New Orleans Pelicans were considered to be a playoff lock during the preseason and Anthony Davis was said to be one of the top three players in the National Basketball Association. But injuries, inconsistent point guard play and lack of depth have revealed them to be a lower tier team in the Western Conference.

Tyreke Evans and Quincy Poindexter are done for the year, former All-Star point guard Jrue Holiday has missed a bunch of games and Omer Asik has as well.  The Pelicans seem to run out of talent on a nightly basis. Though some may feel that Davis has taken a step back this season, very little of this team’s problems have anything to do with his play.

The Kings havent been very good for a very long time. But they looked really good on paper at the start of the season.  DeMarcus Cousins is a world-class talent, Rudy Gay has an offensive skill set and physical gifts that rival some of the very best in the league and Rajon Rando is a proven floor general and defender.

Marco Belinelli off the bench, quality role player Omri Caspi and promising rookie Willie Cauley-Steins flashes show me just how talented this team is on paper. But games arent played on paper. Things were salty almost from the jump as clashes between head coach George Karl and both Rondo and Cousins were plastered across the headlines.

But after being competitive throughout the first half of the season, the Kings crown has been tarnished and the culture of losing has once again returned to Sac-Town.  Other than coaching, it’s anybody’s guess why this team appears to be lacking consistency on both ends of the floor and mental toughness.