Baseball was once known as Americas pastime. Now, although MLB is played in America, the players that comprise the league are becoming increasingly global.

Opening Day MLB 25-man rosters and inactive lists featured a record 259 players born outside of the United States. An all-time high of 29.8 percent of baseballs 868 players (749 active 25-man roster players and 119 disabled, suspended or restricted Major League players) honed their skills and acquired their love for the sport abroad.

This is a very significant trend and gives us a glimpse into the future of the sport which is dying in popularity in America but as evidenced by the tremendous success and talent level of the players in the 2017 World Baseball Classic, and these recent statistics, is booming globally. The rosters released this week represent a record-high 19 countries and territories outside the U.S.

Previously, there were 18 countries and territories represented on Opening Day rosters in 1998 and 2016.

As it has each year since MLB began releasing this annual data in 1995, the Dominican Republic again leads the Major Leagues with 93 players born outside the United States. Venezuela ranks second with 77 players, the countrys highest total in history, far eclipsing its previous high of 66 (2012).  Cuba places third with 23 players, matching the record total set in 2016.

Minnesotas Max Kepler, a native of Berlin, Germany, is the first German-born product of MLBs European Elite Camp to appear on an Opening Day roster in Major League history.

Didi Gregorius of the New York Yankees is the first player from the Netherlands to appear on three consecutive Opening Day rosters.

MLB-funded programs like the European Elite Camp that produced Kepler, in non-traditional baseball areas all across the globe, have also contributed to this trend, while the underserved kids in the United States dont have but a couple of Urban Youth Academies with pro coaches and million-dollar facilities right smack in the middle of the hood.

“The construction of baseball academies throughout a large part of the Dominican Republic — an experiment that got a modest start in the late 1970s and early 1980s — really took shape with the opening of the Dodgers’ Campo Las Palmas in March 1987. That build was the catalyst for today’s Dominican baseball industry. Today, all 30 big league teams have academies that, including the bonuses awarded to new prospects, inject an average of more than $90 million a year into the local economy, according to estimates by the MLB office in Santo Domingo.

According to Rafael Prez, MLB director of Dominican operations, in the past 10 years, 15 academies have been built at an average cost of $4 million each. The more modern and luxurious academies have cost $6 million to $8.5 million, a large sum compared to the $785,000 it cost to build Campo Las Palmas.

“Right now all the teams have moved or are in the process of moving to new facilities. The Dodgers are renovating Campo Las Palmas, Philadelphia and Minnesota are finishing their own academies, and St. Louis will be moving into a new facility built with private investment,” Prez said.

“The impact of the academies has been huge. In the Dominican Republic, 450-500 players are being signed a year, and one of the reasons for this is that each team has optimal conditions to develop them.” 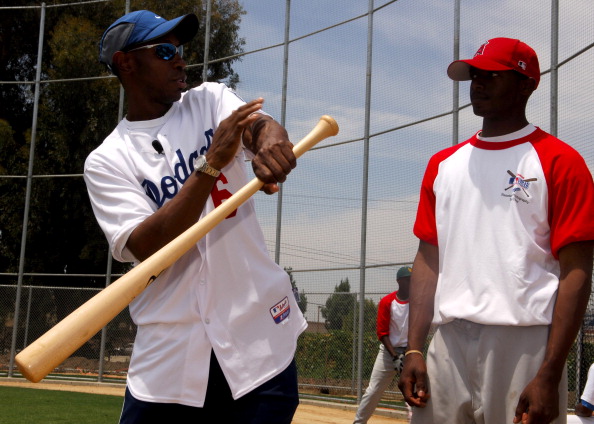 Talent development in the United States is not a priority as much anymore. Thus, we see the changing demographics in the game from the minor league system on up.

The Texas Rangers have the most foreign-born players with a total of 14 on a roster that spans six different countries and territories outside the U.S.  Texas is followed by the San Diego Padres (12), Seattle Mariners (12), Chicago White Sox (11), Cleveland Indians (11), Los Angeles Angels (11) and Philadelphia Phillies (11).

The Kansas City Royals have players from eight different countries and territories outside the U.S., marking the most in the Majors.  They are followed by the Los Angeles Dodgers (7) and the Mariners (7).  The Indians, Pittsburgh Pirates and Rangers each have six players from the Dominican Republic, while the Colorado Rockies, Detroit Tigers, Phillies and Padres each have six players hailing from Venezuela.