One can only imagine the amount of fear that had to have been going through the mind of Darrelle Revis when it was initially announced that he was being hit with four charges and facing years in prison following a February incident in Pittsburgh.

After years of being the most talked about cornerback in the National Football League, it seemed like his tale of heroics and fame was going to end tragically. Indeed, the true historical relationship between police departments and African-Americans has been well documented within the hallowed fonts of The Shadow League’s annals.

So, as the story was told, Revis was leaving a bar in an area known for reveling and partying when he was approached by two individuals who began acting out. According to the earlier reports, Revis objected to being filmed with a phone by one of the two men who wound up going night-night after being served up a couple of knuckle sandwiches.

Neither they nor witnesses identified Revis as the man who punched them. It was also widely reported that there was another unidentified man on the scene.The testimony of Revis friend Rashawn Bolton appears to have ultimately led to the decision to drop all of the charges. Revis had been charged with two counts of aggravated assault, one count of robbery and one count of conspiracy, per multiple reports. Hed also been charged with making terroristic threats, a misdemeanor.

We’ve all seen this before.

Though it was impossible to gauge exactly what went down, it looked like a situation that could have easily been alleviated at the scene. Though I would never mention this to my children, or anyone else’s child, but there are times in which the presence of the police simply exacerbates a bad situation. The situation was pretty easy to discern from a distance.  Especially (Wait for it) when you’re black.

Revis, who was minding his own business, got run up on by some drunken, would-be paparazzi. They got a little too close and got their just reciprocity. The outlandish charges? Well, initially I was under the impression that the seriousness of the charges being levied against Revis may have been football fan related. However, even a petty football fan wouldn’t stoop so low. However, a racist football fan would.

I can hear them now, ‘Oh, just because the police are involved doesn’t mean it had to do anything to do with race!”

Right, and if you’re one of the ones saying that, then I have to give you props for sound logic. Indeed, police involvement and race doesn’t necessarily equal racism. But I would also remind said contrarian that oftentimes racial prejudice has little to do with conscious actions, but everything to do with subconscious reactions.

A Black male (Revis) who may or may not have been drinking, traveling with another Black male, had been accosted by two guys. Where the robbery and conspiracy charges came from is anyone’s guess. Context does matter. 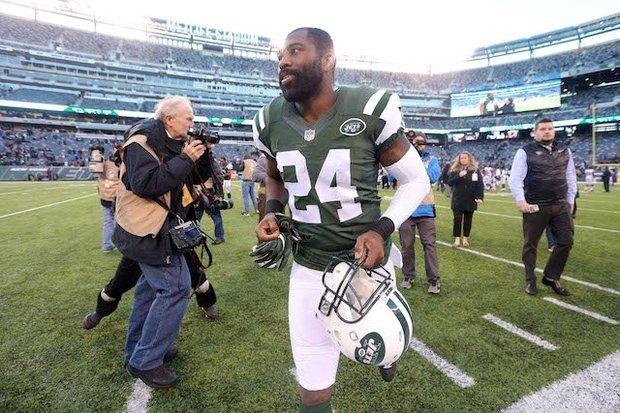 So, I say all that to say that it was no simple mistake or happenstance that resulted in Revis, potentially looking at prolonged imprisonment, who no one at the scene named as having done anything wrong, being the man who was charged. This was a part of PPD business as usual.

For Revis’ sake, thank goodness that Bolton wasn’t a sucker emcee who was trying to bribe or otherwise use the incident for personal gain. And, to the Pittsburgh Police Department, a little bit of common sense could have saved all involved a great deal of time and energy.

How many brothers not named Darrelle Revis would have had their lives ruined by such an event? Today, as Revis breathes a sigh of relief, my thoughts are with them.