This weekend, sports and basketball fans were greeted with the news of Howard Garfinkel’s passing. The news hit close to home for me, because over the past few years, I talked with Garf regularly. He was a friend, someone who was always enthusiastic when I called him to ask for his wisdom, advice and assistance on work projects.

His knowledge and tales were instrumental in two major endeavorss that I have dropping this year. Despite his advanced age, his energy and recall were stupendous, and he always obliged when I’d ask him, “Hey Garf, tell me a story.”

The ensuing anecdotes and narratives were always pure gold, especially for those of us who are sincere  and serious in this study of basketball anthropology.

For those who might be unaware, Mr. Garfinkel altered the hoops landscape on the high school, college and professional levels through his scouting and rankings service, and the legendary Five-Star instructional basketball camps that he founded.

His father was a Manhattan garment worker who urged him to go into the business after school, but Garf was pulled into a life and job that he created for himself through the sheer force of his vision and passion for the game.

He attended the Barnard School for Boys in the Riverdale section of the Bronx and later came to realize the value and power of information within the business of basketball. 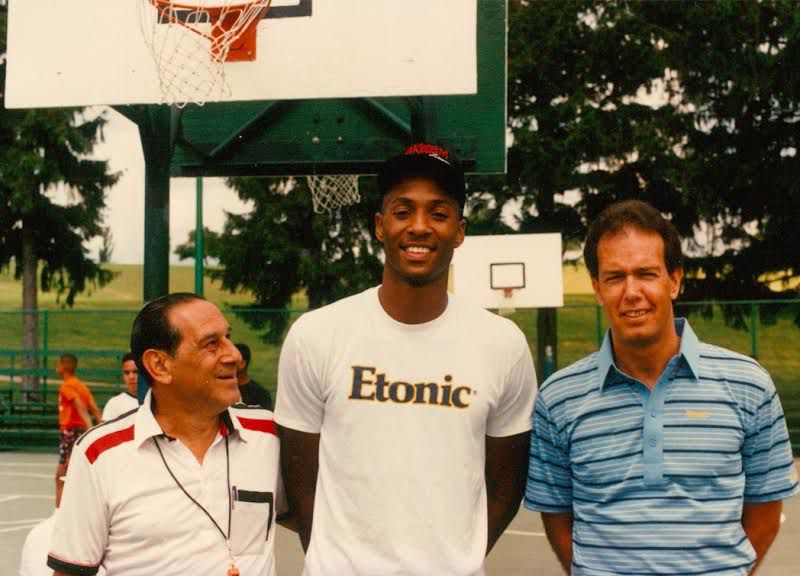 He began working in the game as a instructor in the 1950’s, where he coached an Amateur Athletic Union team called the New York Nationals. Garf once said that his record with the Nationals, where he coached some legendary players like New York University stars Satch Sanders and Cal Ramsey, was 511 wins and 151 losses.

In the mid ’60s, he founded the HSBI (High School Basketball Illustrated) Report, which he published on a typewriter in his cluttered Manhattan apartment. He would send notes of his observations to every basketball coach in America.

HSBI originally began as a failed magazine venture. Despite the collapse of the business, college coaches began calling nonstop, telling Garf that his scouting and breakdown of players was an exceptional recruiting tool for them.

They wanted more, and Garf was happy to oblige.

In 1966, he opened the Five-Star Basketball Camp, soon hiring a young coach by the name of Bobby Knight to be the camp’s instructional director. 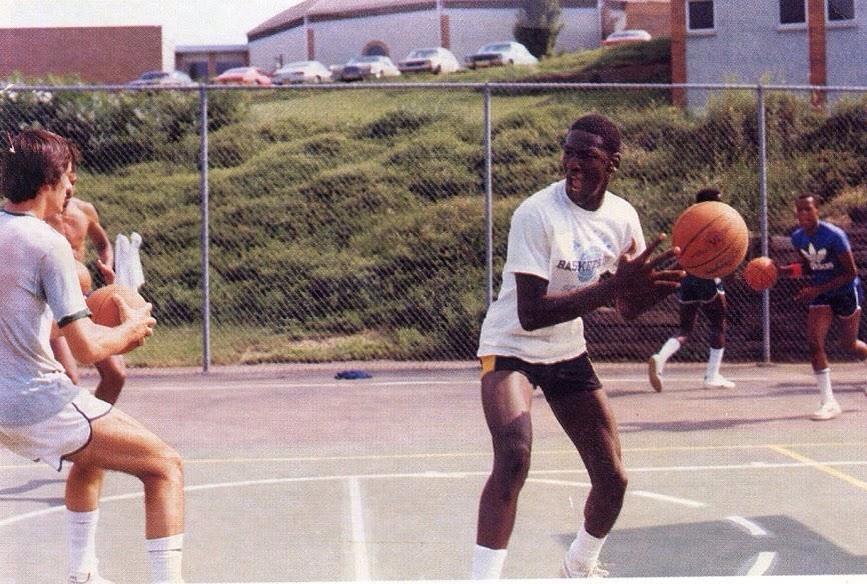 While many people view Five-Star as the springboard to Michael Jordan’s development, the camp’s other notable participants included Moses Malone, Alonzo Mourning, Dominique Wilkins, and LeBron James, among many others.

But the true impact of Five-Star was seen within the coaching ranks, as the networking and experience propelled the careers of Hubie Brown, John Calipari, Rick Pitino, Knight, Dick Vitale and hundreds of others.

To go back and look at Garfinkel’s evaluations of high school players like Connecticut’s Calvin Murphy, who he insisted was pound for pound, inch for inch, shot for shot, the greatest high school player in the history of basketball, New York’s Julius Erving, Kareem Abdul Jabbar, who was then known as Lew Alcindor, Tiny Archibald, Chris Mullin, Pearl Washington, along with players like Jordan, Chris Paul, Grant Hill and the others who played at his camps, is to look at the evolution of scouting.

Howard Garfinkel’s words were the original Youtube mixtapes, the ESPN Super 60’s, and the essential basis for the multi-million dollar industry that high school basketball scouting and rankings have now become.

For a college or pro coach to get the opportunity to speak at one of his camps was like getting an opportunity to perform at Carnegie Hall, Duke coach Mike Krzyzewski told the New York Times in 2013. If you got that opportunity, you knew you had arrived. Hes one of a kind; there was never anyone like him before and there will never be anyone like him after.”

I spoke with Garf a few months back. We were talking about packaging his life story into a big project, one that would reach around the globe and put some context behind his impact. Those stories that he told me needed to be shared, and not just among his friends, because anyone who loves bball must digest his words and gain a greater appreciation and understanding of what he meant to our beloved game.

The last time that I spoke with him a few months back, I thanked him for sitting and being interviewed on-camera for a big project that I’m helping to produce. In true fashion, he thanked me for thinking of him and allowing him to be a part of it.

I asked him what it felt like to create his own job and his own cottage industry as an ancillary to the sport that he loved dearly. “I’m pretty happy with the way things turned out for me,” Garfinkel told me. “The friendships I’ve made have been incredible. The things I’ve seen are remarkable. I’ve lived a lucky and charmed life.”

“Hey, call me the next time you come to New York,” he said. “I’ve got some old film here in my apartment somewhere. Maybe you can take a look and make use of them.”

Sadly, I never got a chance to swing by and have that next conversation. But I’ve been blessed to call the man a friend, as has the greater basketball community.

Garf was a true one of a kind, and it’s no exaggeration to echo Mike Krzyzewski’s words in saying we’ll never see another quite like him.

I can see Garf in the upper room right now, sharing notes, telling stories and laughing.

“Hey, did I ever tell you about the time once, in an all-star game, when Calvin Murphy scored 62 points in 29 minutes…”