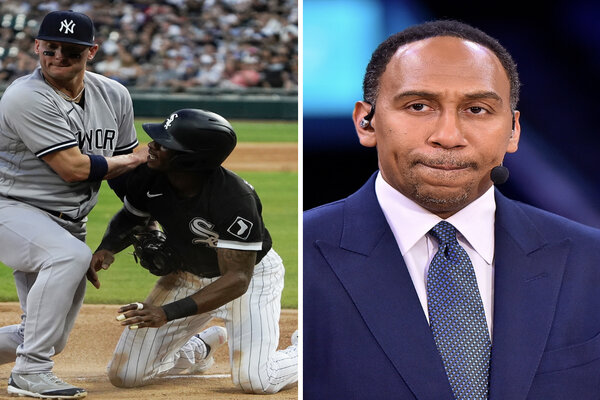 Josh Donaldson’s comments to Chicago White Sox shortstop Tim Anderson in which Donaldson, a white player, used the name “Jackie Robinson” in addressing Anderson who is one of the just 7.2 percent of Black players in MLB, didn’t go over well with MLB’s African-American and Hispanic community.

Donaldson attempted to act oblivious to the situation and blow it off as a long-standing joke with Tim Anderson. The league, however, suspended Josh Donaldson for one game and fined him.

“Regardless of Mr. Donaldson’s intent, the comment he directed toward Mr. Anderson was disrespectful and in poor judgment,” said MLB.

“Basically tried to call me Jackie Robinson, ‘What’s up, Jackie?’” Anderson said after the game, a 7-5 White Sox loss. “I don’t play like that.”

“He made the comment, and it was disrespectful. I don’t think it was called for.”

Considering Jackie Robinson integrated baseball, is credited with being a leader in the civil rights movement and is considered one of the most accomplished people in American history, yeah, it’s safe to say that Donaldson exercised poor judgment. Associating the name of a man that baseball honors annually (everyone wears No. 42), with any joke, banter or negative reference, is a bad look.

However, there’s a contingent of devil’s advocates who feel like the reaction to Donaldson’s comments were harsh and unwarranted.

Stephen A. Smith went head up with former MLB player and current announcer Doug Glanville on “First Take” on Monday morning. Smith was on his Josh Donaldson pulpit heavy.

Glanville was asked whether he thought MLB got it right with the one-game suspension.

“I’d say they got it right politically and it’s because they had to thread a needle. … If you don’t do anything then you show an insensitivity. I wish they would have taken the time, because they didn’t get into the details about what made it inappropriate and what actually was the issue. That actually allows you to learn from the nuances around what were the racial undertones … questions around the motivation, and that’s where they could go to turn it into a teachable moment.”

@ColemanESPN That Doug Glanville interview was 🔥!!!ALL I could say afterwards was "DAMN, DAMN, DAMN!!!"
LOVE THE SHOW!!!

In situations like this, when so much is left to interpretation and dependent upon cultural understanding, you will never have a unified front on the punishment Donaldson received.

Stephen A Blasts Suspension As MLB Pandering To Blacks

Some folks, like Stephen A. Smith, think the suspension is downright silly.

“I think this suspension by Major League Baseball was bogus. I think Josh Donaldson was done wrong on this,” Stephen A said.

Smith brought up the fact that Donaldson and Anderson had some prior interaction involving the use of Jackie Robinson’s name based on a 2019 Sports Illustrated article in which Anderson compared himself to Jackie — “I kind of feel like today’s Jackie Robinson” — as far as how he wants to be the change that baseball currently needs to infuse more soul into the sport on every level.

Glanville responded by discounting the notion that a past encounter would make this situation any more acceptable.

“To me there’s an element of that, that’s irrelevant. 2019 … that’s years ago,” Glanville passionately reasoned. “You’re going to pull it from some article and decide he has license to call him what he wants? You don’t get to decide what you want to call me. I get to decide. If I get a Ph.D. tomorrow and I come on this show and I decide you need to call me Dr. Glanville. Then you call me Dr. Glanville. That’s what happens.”

The verdict was a slam dunk. Donaldson probably needs to eat the suspension and keep it pushing, but instead, Yankees manager Aaron Boone said Donaldson is appealing. So he will be allowed to play until the situation is resolved.

“What I get tired of by my community … we want to grab stuff from a historical perspective and bring everything into mix without ever hearing from Tim Anderson directly addressing the assertion that Donaldson made about what their relationship was like,” Smith reasoned. “MLB is making a political statement to finally make themselves look right in the eyes of America because MLB is always the last to the party [on addressing racial issues].”

Glanville refused to back down, and honestly speaking, he couldn’t tell you exactly why saying “What’s Up Jackie?” was racially motivated or wrong. But he does know that some things are just common sense. It didn’t feel right.

Lesson of the day?

When on the field, keep Jackie Robinson’s name out of your mouth unless you want to praise him. MLB made its position loud and clear on that.