Two members of the Super Bowl champion New England Patriots made headlines when they announced after their victory over the Atlanta Falcons that they would not be going to visit the White House when invited by the President, which has been a tradition for decades.

Martellus Bennett and Devin McCourty, who is also a team captain, were the first to come out and say it, and it was alluded across the media spectrum that they would not be the last. For a change, the prognosticators were right.

Four more players have joined them; LeGarrette Blount, Chris Long, Dont’a Hightower and Alan Branch. Both Bennett and McCourty have engaged in sideline protests this past season and Chris Long has come out as being supportive of San Francisco 49ers QB Colin Kaepernick and his right to protest. 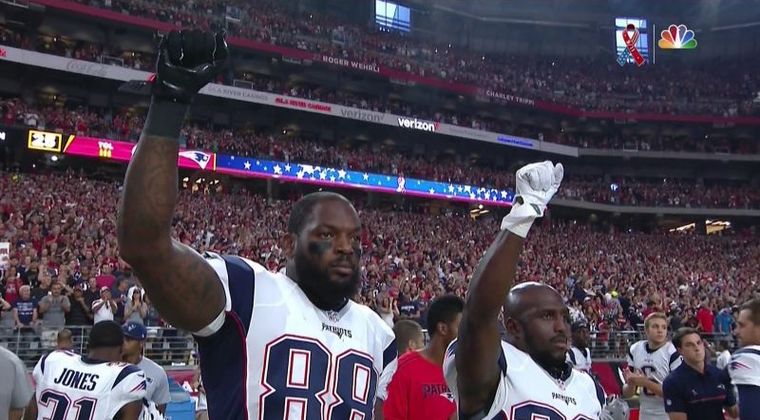 There is also some speculation that rookie James White, who broke the Super Bowl record for points scored by an individual player and also had the most receptions by any player in the big game,  may opt out of the visit as well but is undecided at the time.

As the nation continues to combat the poison it ingested when electing the current administration, there continues to be a vein of conscientious objectors in all walks of life stepping to the fore to call a facist a facist.