The passion and fire that explodes deep within the hearts of fans is a special feeling, or a crazy feeling. It all depends upon your perspective.

For family members, that phenomenon vibrates at an even more frenetic pace. Mothers have long been the biggest cheerleaders for their pro athlete sons. But when their ball-bouncing baby boys get hitched, oftentimes the title of top cheerer is usurped by the “other’ special person in their lives. We see this play out ever so often in the National Basketball Association.

NBA wives have become fixtures in sports culture conversations due to social media. Because of the ability to get up on Twitter and Facebook, and the thousands of people who eagerly await their responses to specific hot topics, NBA wives, girlfriends and “playmates” have become a niche unto themselves.

I remember back when actress Gabrielle Union and Dwyane Wade of the Miami Heat first became a “thing” back in 2008. Remember? She would be WILDIN’ OUT at every Miami Heat home game.

However, when you’re intimately involved with a superstar, your actions are placed under a magnifying glass. And your antics, if you’re buggin’ out, are blasted all over the cable sports news networks.

If she is being cute, smart, funny, wise and poignant, then that is viewed as a good look. But that isn’t the case in many instances. D-Wade had to “ban” Gabrielle from sitting court side for a time because she was known for being loud and demonstrative when heckling him, and even more so when heckling other teams.

In the short time prior to that occurring, and in the years that followed, we find that being an NBA wife isn’t simply about having a rich and famous husband. Heck, you don’t really have to be an actual “wife’ to garner fame with the whole “Basketball Wives” dumpster fire that only burned out a few years ago.

There were all sorts of lawsuits and proclamations from current and former NBA players prohibiting their wives and ex-wives from appearing on reality TV and profiting off of name association.

With Steph Curry, we have a two-time MVP and NBA champion that the media seems to love. That adoration has been transferred to his family as well, with the wonderfully precocious Riley and proudly domestic goddess Ayesha – who has become something of a media darling in her own right thanks to social media.

Since allegedly “slut shaming” women back in December 2015 with a tweet about revealing contemporary fashion trends among women, she has become a bit polarizing as well and is a constant troll target on Twitter. Today she boasts a Twitter account with over 500,000 followers, most of which are loyal to the idealism and values that she espouses.

While ain’t nothing wrong with that in and of itself, one does wonder to what end does it benefit Steph and the Golden State Warriors when she races to Twitter and pours her personal cup of kerosene on media fires that are already smoldering.

On Thursday, following a demoralizing loss by the Golden State Warriors to the Cleveland Cavaliers in Game 6 of the NBA Finals, and the ejection of her husband after he tossed his mouthpiece out of frustration following a questionable call, Ayesha took to Twitter. That tweet was removed almost as soon as it went up, but not before it was retweeted 6,948 times. Also, this isn’t the first time she has criticized a move or decision against her husband. Remember when she tweeted sarcastically, asking if the refs can be fined after the Warriors lost Game 5?

Indeed, there will be swarms of women who feel as if I am proposing that Ayesha be forced out of the spotlight.

She’s now considered a culinary expert, a giver of domestic advice and Mom of the Year, but she ain’t no basketball expert.

When you’ve made yourself a public figure, in large part due to the fame of your All-Star spouse, it might be a good idea to fall back on publicly responding to emotional and controversial topics that relate to his job.

Imagine if Steph worked at a major American corporation as some underappreciated pencil pusher and was passed over for a promotion, wasn’t invited to the Catalina wine mixer, or had his lunch stolen out of the refrigerator. And every time he came home to tell her about it, she took to social media to blast the company?

He’d be fired quick, fast and in a hurry. 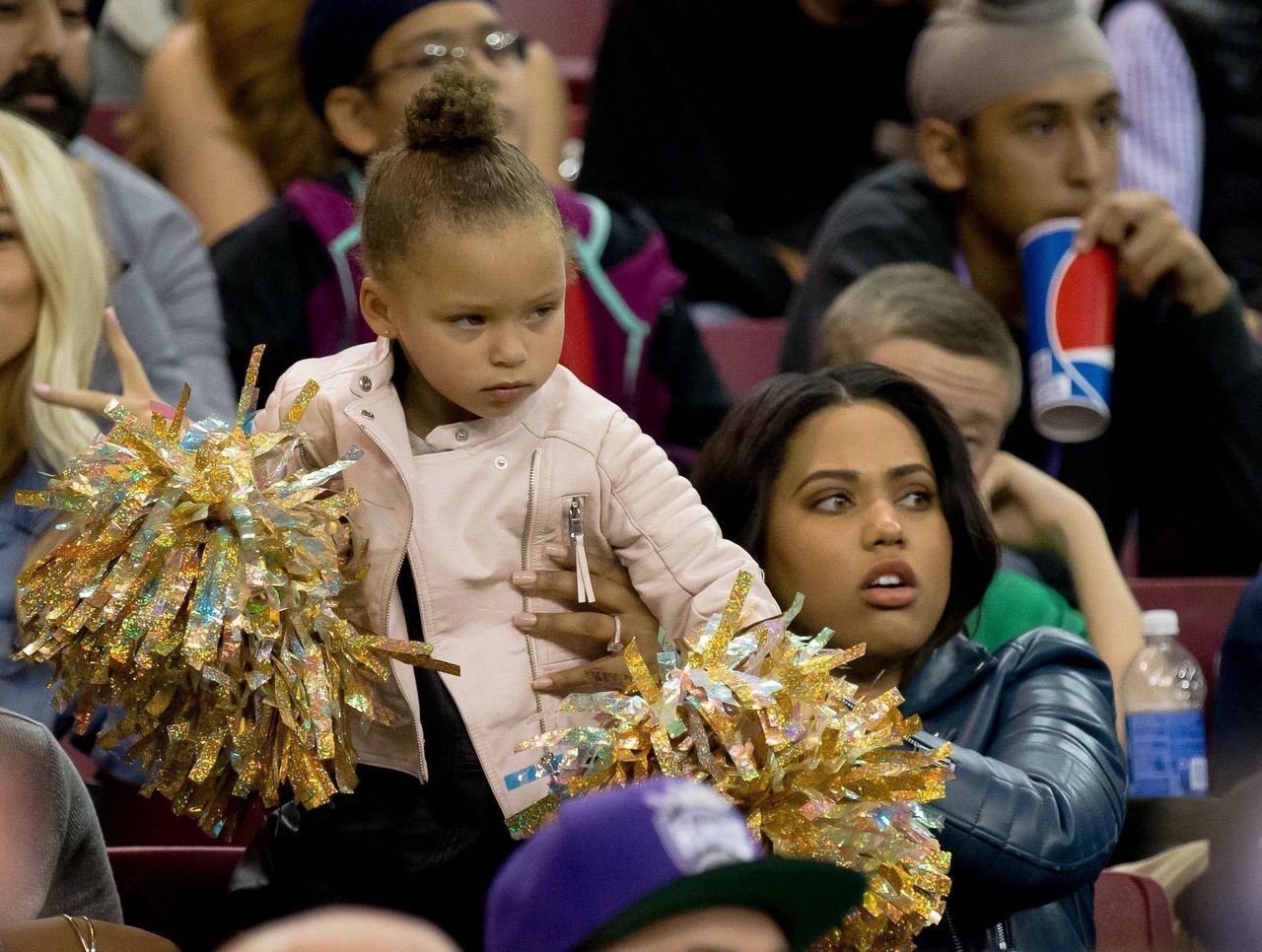 While sports are entertainment for some, you must remember that they are also a job for others, and that includes athletes. Just weeks ago, people were complaining that the Curry’s were becoming a bit too much to bear. Then the Curry brand took another hit thanks to his Air Methuselah looking sneaker that was ripped on social media.

Within the last few hours, she’s been debating Stephen A. Smith on Twitter, who suggested that she could learn a thing or two from LeBron James’ wife, who’s content to fade into the background.

Haters come with winning. But tough times call for tough people. In these times, Ayesha Curry should do herself a huge favor and just chill, especially after a loss so her husband won’t have a bigger target on his back; not by Cavs’ Nation, but by the ever thirsty Twitter trolls.