Recently I had the chance to speak with talented actresses Meagan Good (Californication, Minority Report, Mr. Robinson) and Tamara Bass (Baby Boy, Boston Public, Mary Me for Christmas) on their solid, well-written web series All That Matters. Both ladies act as co-producers, co-directors and co-writers. Executive produced by Q O’denat, owner of WorldStarHipHop and Sway Calloway. Bass stars the protagonist in the series, which debut on WorldStarHipHop.com on Monday of this week.   The plot centers around Joy (Bass), a successful career woman whose life turns upside down when her drug addicted sister drops her five-year-old niece off at her office with a note stating she couldnt take care of her anymore. The web series also stars actor Tracey Dukes. The dynamic duo was a bit coy about Goods onscreen involvement, which likely means shell be making an appearance sooner or later. The Q&A session was lively, candid and revelatory on many levels.  Check it out.

Ricardo A. Hazell: How did All That Matters Come about?

Meagan Good:  Originally, it started with Tam and I wanting to make stories that showed Black people in a more positive light. A lot of the times, when you see us, it tends to be this caricature or that caricature and it tends to be the same thing.  They never show the girl next door, who tends to be a lot of who we are at heart.  So, we wanted to start creating vehicles that represented us as people and represented us across the board.  Tam wrote this project, I read it and I fell in love with it.  So we just decided to do this, and do more things like this.  Lets create content that not only shows who we are as people but also more positive. Lots of stuff you see is very dysfunctional and only represents one kind of person and its not true to who we are, as a whole, in our community. 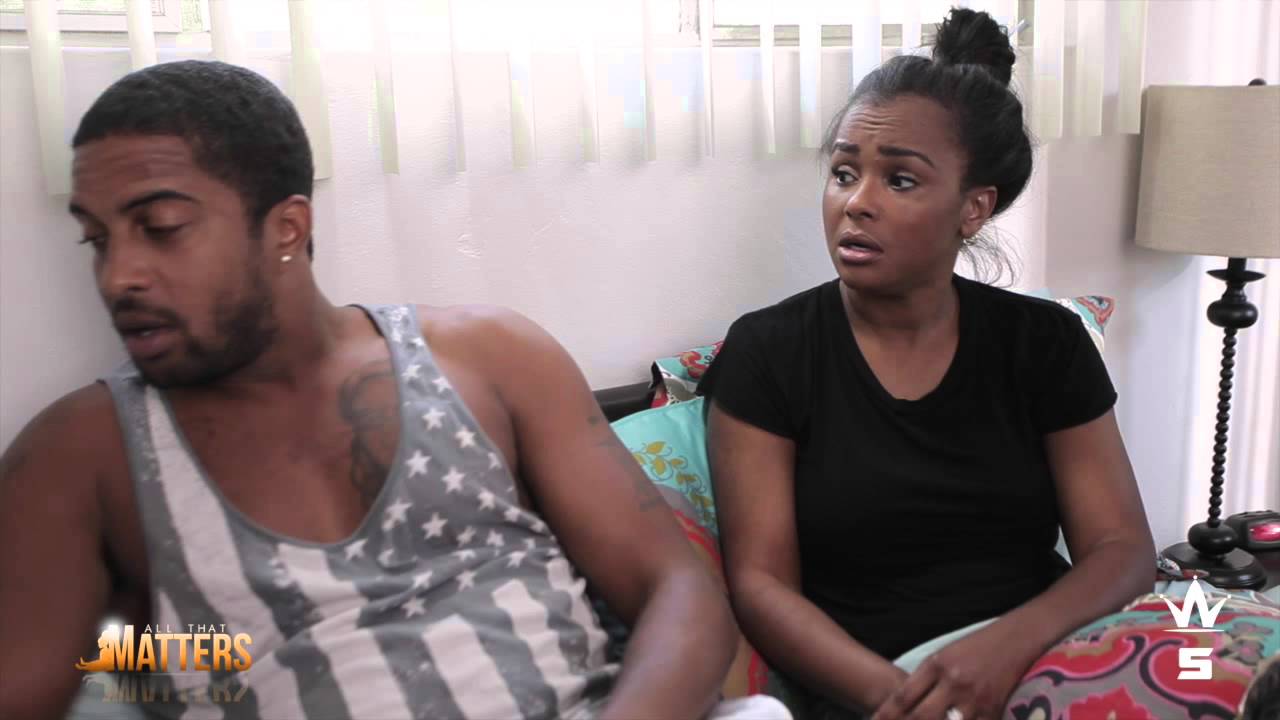 Ricardo A. Hazell: Web series are short by nature. Yet, actors are trying to convey various sets of emotions and to hit their marks in a very short period of time. How difficult was that for you to accomplish, if at all?

Tamara Bass: As an actress I approached it as I would approach anything. Whats great about this is we shot the pilot episode by itself then we came back and shot the next four episodes together.  So, our shooting process was the same as if it were a film, and as if it were a TV show, we shoot based on location, so I got to display the truth of every scene.

The harder aspect of it was editing it, actually. Like you said, the highs and the lows in a short period of time. How do you make sure, in every episode, that those beats are there because we only have seven to ten minutes to put those beats in there.   As an actress, it didnt affect my process. As a writer, director and editor, it did.

Ricardo A. Hazell: What were some of the nuances of being actress that you were able to convey to the other performers when you wrote the script.

Tamara Bass: At the time, I knew the actress who was going to be involved was Alexis Fields because I created it for her.  Other than that, I felt like I wanted to give these actors something to play with, something to breath with, let them be. That was my approach as a writer. As a director, I had the same concept. Meagan and I co-directed, but we took the lead on individual episodes. I have episodes 1, 2 and 5 and she has three and four. We really sat down together and said Okay, we know what the framework is going to be, but lets give them room to play. If something feels inorganic lets give them room to make it real. Thats how it kind of all got framed together.

Meagan Good: Definitely, this is something that Tam and I directed and co-directed together and this is the first of many. Its a day-by-day step. Just wanting to put my best foot forward as TB and me collaborate, wanting to put OUR best foot forward. The wonderful thing about working with her is we do different things. Like she said earlier, we have different eyes, different strengths and different weaknesses. As she said before, our strengths and weaknesses tend to be different.  Even with both of us having strong personalities and strong opinions and insights, we know to differ to each other. Theres an amazing mutual respect for each others abilities. We challenge each other in a great way. Its good to have that support from somebody that you really trust.

Ricardo A. Hazell: This is such a high-quality offering that it was difficult to understand why it was on a site that has something of a reputation for publishing low-brow content. How did that come about?

Meagan Good: The reason why we thought Worldstar would be the best fit is because there have been some cases where theres been a negative connotation thats gone with (the site).  A lot of times we sit around and complain about some of the negative things that have been going on out there. Instead of complaining about it, why not actively go out of our way to replace it with something more positive.  The wonderful thing about that is, Q mentioned that he wanted to start putting more positive content up there and also, put some original  content up there. And, as we were just deciding on how to put this out we thought this generation and this particular demographic is paying close attention to what Worldstar puts out there. So, we thought, lets change the narrative and lets be proactive about it and specific about it.  Lets cater to an audience thats already paying attention and give them some other options.

Tamara Bass: The owner of Worldstar was so embracing of us. His heart is amazing and he wanted us to succeed just as much as we wanted to succeed.  So, you can ask for a better collaboration. You cant ask for a better situation where the person youre in business with trusts you wholeheartedly.

Ricardo A. Hazell: Meagan, you have a great deal going on right now.  Its shaping up to be quite a productive year for you.

Meagan Good: Me and Tam are always in conversation about where we want to go and the things we want to do. I was telling her earlier last year that I really wanted to do some comedy and I really wanted to do some action and she was just really encouraging.  Because, shes seen my entire process, my entire journey and shes been one of my biggest champions.  So, when I did get Minority Report and Mr. Robinson it was just really exciting for me.  Its a really good time for me because everything I wanted to do is just now coming together.  Im just exciting to create in every facet of my career in entertainment. Im just excited across the board.