Craig Sager, the quirky dresser with the affable personality who was a fixture on NBA sidelines for Turner’s NBA broadcasts for over 25 years, passed away after a long battle with leukemia. He was 65.

While most recognize him for his work and iconic suits on Turner, many don’t realize that Sager had been working in television for over 40 years at NBC, CNN and TBS. Today, Sager’s Turner family, NBA well-wishers and colleagues across television and radio are mourning the lost of a consummate professional.

Diagnosed with leukemia in 2014, Sager’s fight has been well documented, going through several treatments, including chemotherapy and stem cell transplants. After missing much of 2014, Craig returned to the NBA sidelines in March 2015. However, that celebration was short-lived as he was forced to step away from his duties once again due to health concerns. 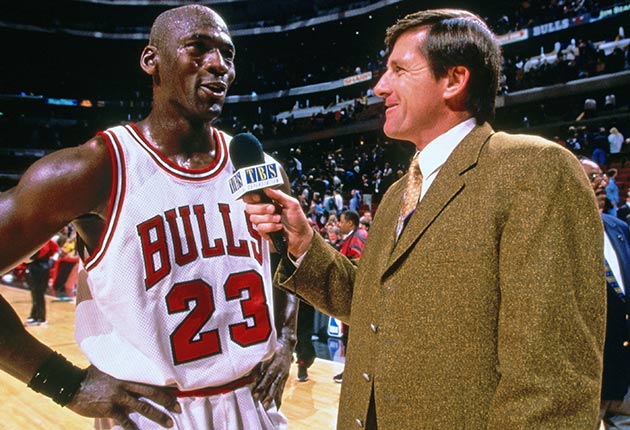 Craig Sager would undergo a bone marrow transplant thanks to a donation from his son Craig, Jr. and would return for Media Day in September 2015. During the fight for his life, Sager would remain resilient, proud and positive. Though San Antonio Spurs head coach Gregg Popovich may have appeared to be responding in a curt manner during many of his sideline interviews with Sager, Coach Pop and Sager were actually the best of friends and it was Sager who would often expose the humanity of the seemingly gruff coach.

It was their heartfelt exchange after the his first post-treatment hiatus that initially showed a side of Popovich that some outside of San Antonio never knew even existed. Throughout his career, Craig Sager would take a considerable amount of flack for the bright colors and adventurous patterns of wardrobe, but those threads would become his signature over the years.

But even though he appeared to be back in the swing of things after his first hiatus, Sager would still take monthly trips to Houston for additional treatments over the course of the season. He resumed responsibilities at the 2016 NBA All-Star Weekend in Toronto. Though the NBA family and fans were relieved to see him once again at the NBA’s mid-season classic, Sager’s health would take a turn for the worse. Later it was revealed that Craig’s condition had worsened. His fight would garner the hashtag #SagerStrong.

Even as all seemed loss, Sager was steadfast in his regiment of jogging, travel and work duties. He never worked for the network responsible for broadcasting the NBA Finals throughout his illustrious career. However, that changed this year when he got to cover Game 6 of the 2016 NBA Finals due to an agreement between Turner Sports, ESPN and ABC.

In recognition of his uncommon positive attitude and mental toughness in the face of his ailment, Sager was honored with the Jimmy V Perseverance Award at the 2016 ESPY Awards. His emotional acceptance speech was dedicated to enjoying every moment of life while he still had the energy to do so.

There wasn’t a dry eye in the house afterwards.The lifelong Chicago Cubs fan from Batavia, Illinois was all about living life to the fullest. He was beloved by all and will be missed deeply.  He is survived by his wife Stacey Sager and five children from two marriages.