The Sudanese-born phenom’s statuesque height and shot-blocking prowess captivated NBA fans in the 80s. But he’s equally remembered for his profound NBA legacy, his loyalty to his homeland and his humanitarian spirit.

Happy birthday and RIP Manute Bol! -With 7-foot-7, he is the tallest player to ever play in the NBA. -He once killed a lion with a spear because it attacked his family’s cattle. -Now his son Bol is preparing for the professional scene like his father. https://t.co/5E2SNiXbpH

He also beat NFL icon William “The Refrigerator” Perry in a celebrity boxing match and donated the proceeds.

Born on this day in 1962 in South Sudan, Bol, the son of a Dinka tribal elder who gave him the name Manute, which means “special blessing,” would have turned 56 had he survived the acute kidney failure and complications from the skin disorder Stevens-Johnson syndrome that killed him on June 19, 2010.

He was an avid soccer player growing up but sized out of the sport and started playing hoops. In a sport where giants rule the landscape, Bol holds the distinction of being the tallest player in NBA history, along with Gheorghe Mureșan.

Bol was officially measured and listed at 7 feet 6 3⁄4 inches tall in the Guinness Book of World Records. While his height was impressive, Bol was no superstar. He was considered more of a “character of the game.” His offense never developed into a viable weapon, but when it came to the lost art of shot-blocking, Bol was probably the best to ever do it.  He is still the only player in NBA history to finish his career with more blocked shots than points scored.

He did, however, briefly develop a three-point stroke, which would have served him well in today’s NBA.

Look back to when 7-foot-7 Manute Bol surprised the Phoenix Suns and hit six 3-pointers in a half.

In 1985, Bol left college and opted for the NBA Draft. His intention was to earn enough money to get his family out of Sudan which was in a state of major political unrest at the time and considered one of the most lawless and dangerous regions in the world.

The Washington Bullets selected him as the 31st overall pick in the first round. Bol was a major project, but he ended up playing a decade in the league for the Bullets, Golden State Warriors and Philadelphia 76ers. An iconic photo of Bol and 5-foot-3 teammate Muggsy Bogues was taken in 1987 and is still one of the most recognizable NBA photos in history. Two men on the opposite sides of the height spectrum with tremendous character, who helped raise the NBA’s international and overall marketing profile.

Manute Bol was born 56 years ago today in Gogrial, Sudan, tallest player in NBA history at 7 ft 7 in, only NBA player ever to block more shots than he scored points https://t.co/HKoF4Q8zB4

Bol was active in charitable causes throughout his career, using his celebrity and finances to help the war-torn country start to build for the future. Bol says he spent much of the money he made during his NBA career supporting various causes in Sudan, he frequently visited Sudanese refugee camps and was a strong advocate for reconciliation efforts, while also working to improve education in South Sudan. 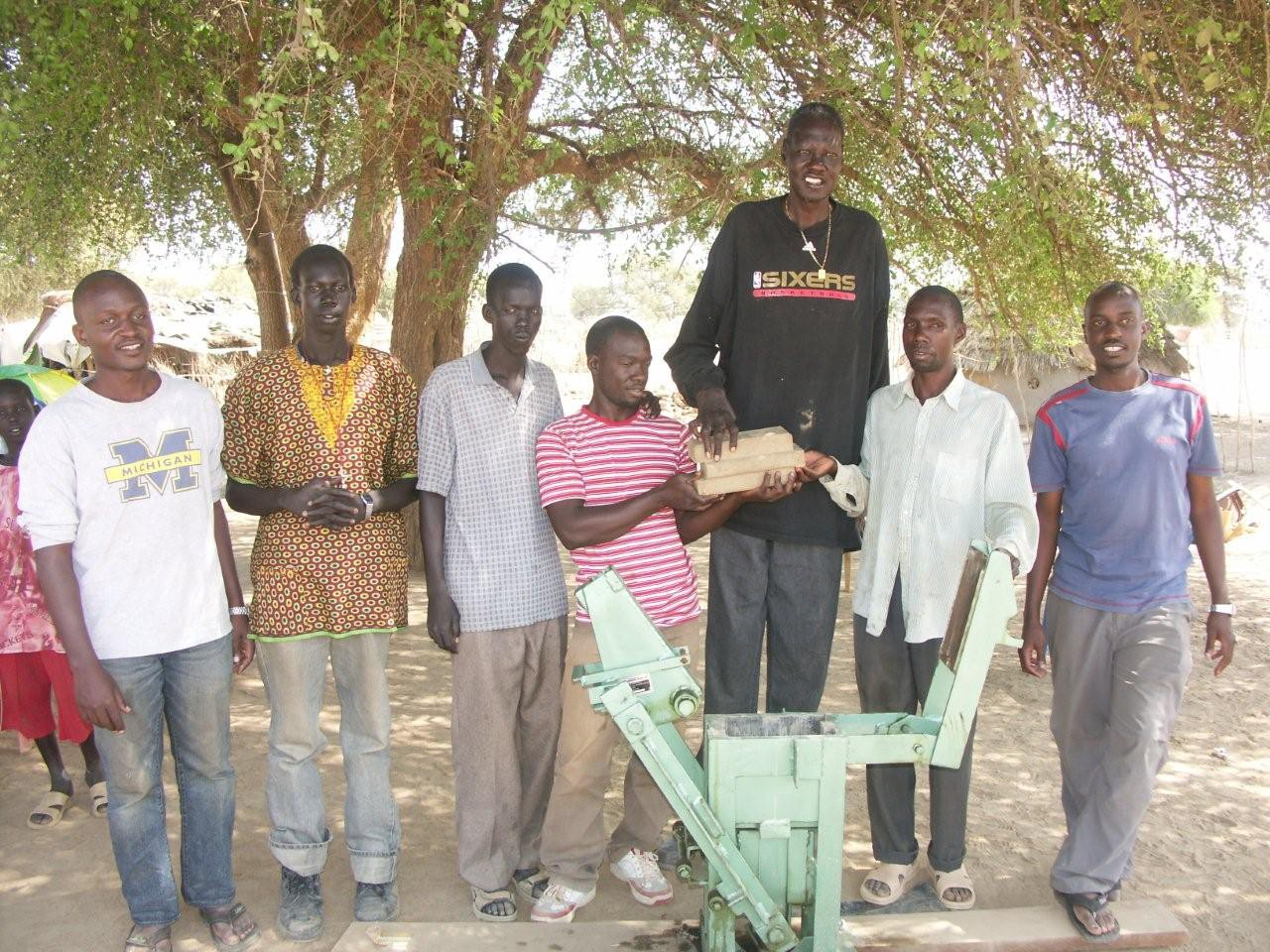 While Bol was alive, he didn’t waste any time building his legacy. He left behind 10 children. One of those kids, Bol-Bol has emerged as a top NBA prospect.

The 7-foot-2, 235-pound center is about to embark on his college career at Oregon as a freshman in the 2018–19 season and looks to continue his father’s rich, meaningful legacy.

The late Manute Bol made a name for himself on and off the court with his 7-6 frame, unique game and his political activism and charity work on Sudan. Now to get to know his @nikehoopsummit prep star son and Oregon signee Bol Bol in @TheUndefeated. https://t.co/YijaKNBvDA