Early in the Western Conference Finals between Memphis and San Antonio—when it was still a series—Grizzlies coach Lionel Hollins stood up, leaned over from the sidelinesto let Tony Parker know that he loves his game and that point guard Mike Conley “is learning from you.”

Apparently, Conley and his Grizzlies are still struggling with the learning curve.

Conley gave it the old college try in Game 3, leading the Grizzlies with 20 points, but he missed the potential game-winning shot at the end of regulation that could of won it like his teacher’s done so many times. Conley’s free throw miss in O.T. didn’t help either.

To add insult to injury, Parker capped his 26 point, five-rebound performance with a killer O.T . to help lift the Spurs to a win that had “Memphis” written all over it . At this point, Conley would surely like to start dispensing some knowledge of his own.

So would the rest of his teammates. 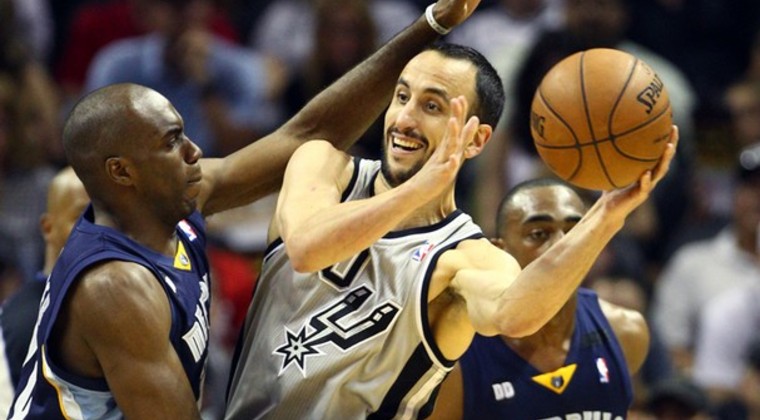 Professor Duncan has his chalk and charts ready at all times as well. The four-time NBA champ has been schooling “The Bash Brothers” on how to make every shot count—especially in overtime.

Experience and recognizing opportunity is a key difference between the teacher and student.

In this series, the Spurs benefited from playoff savvy, a run of good health, solid coaching decisions and inspired team play.

Memphis entered the series as the benefactors of a wack LA Clippers effort and a freak Russell Westbrook injury.

Not too many people picked the Grizzlies to advance to the WCF, but the chips of destiny fell squarely in their favor. The opportunity of a lifetime materialized and they basically pissed their pants, flunked the SAT, and dropped the food tray in the aisles.

Memphis may not have another opportunity to advance to an NBA Finals in the near future. Westbrook is expected to have a full recovery and OKC will come back with boulders on its shoulders next season. Golden State has shown that it has a banging young nucleus with some gully marksman in Steph Curry and Klay Thomson. If CP3 hangs out in LA for a few more joints, the Clippers have another couple cracks at it. Let’s not forget the expected revival of perennial powerhouses Dallas Mavericks and the Lakers—both ravaged by injuries to their Hall of Fame centerpieces.

Staring at a 0-3 hole and having to defy unchartered historical odds to advance any further is not a good look for Memphis.

Tim Duncan’s own mama didn’t expect the Spurs to be on the verge of a sweep against a Grizzlies club that just a few days ago, seemed serious challengers to Miami’s supremacy.

Now’s as good a time as any for Memphis to stop taking notes and start executing the syllabus—or risk becoming another “what if” story.

The Grizz was supposed to painlessly usher the “Big Three” into official retirement. Instead, they have these geezers looking to stick around for another couple of semesters with a real chance to get back to the finals for the first time since their last title in 2007.