In the final battle scene from 300: Rise of an Empire, Queen Gorgo states “It begins as a whisper.”

That’s how the war of words in the NBA Finals began, with an alleged whisper of the “B” word from the mouth of Draymond Green to LeBron James. That incited more beef, including a Klay Thompson press conference where he stated, “I guess LeBron’s feelings got hurt.” 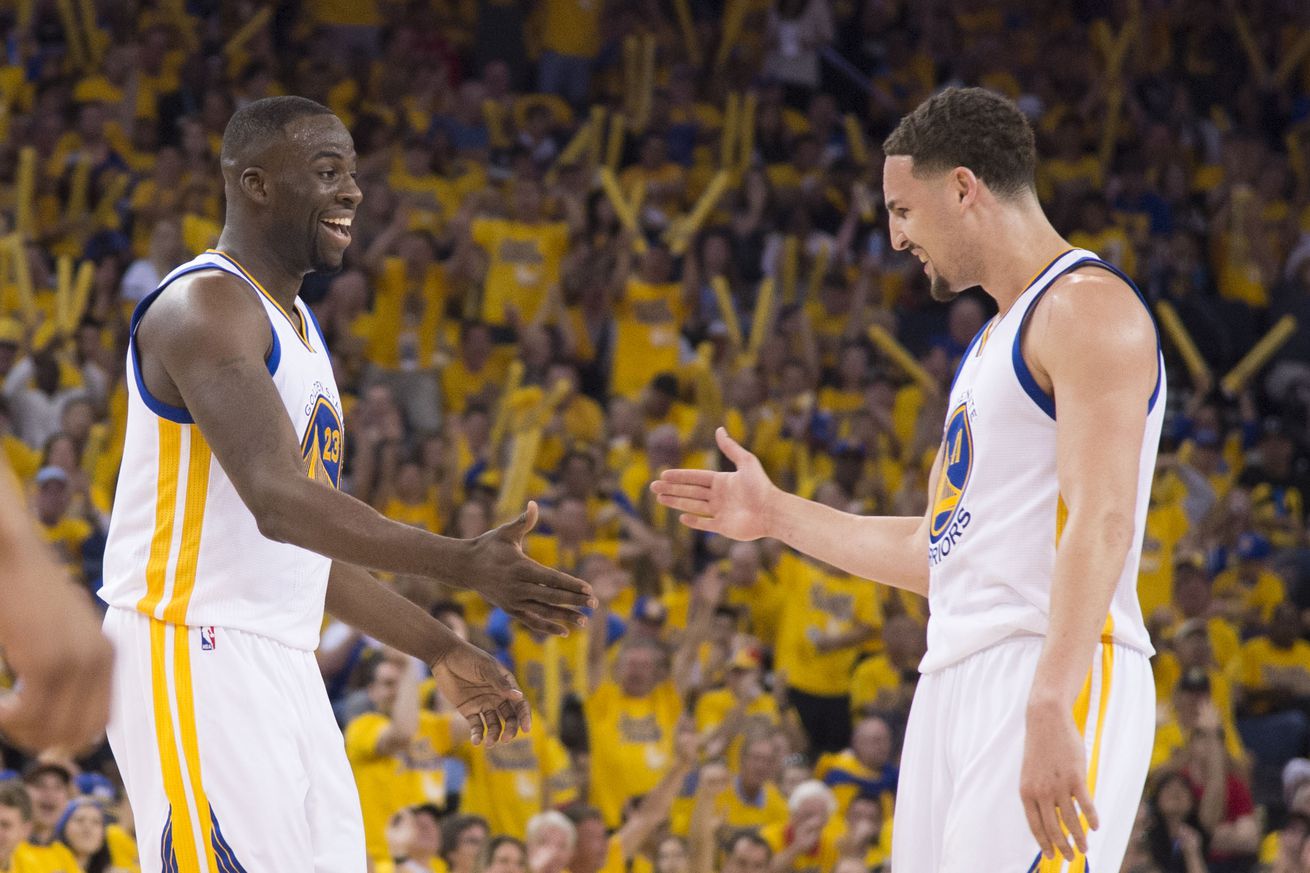 But it didn’t stop there. The war raged on Twitter, where the Warriors’ Marreese Speights put out the following tweet:

We witnessed how things went down in Game 5 for the Warriors after all of the disses aimed at LeBron. Apparently they forgot to watch “The Wire” because otherwise they would have learned “You come for the King, you best not miss.”

Not only did they miss with their clowning of the King, they completely neglected to take shots at the prince, aka Kyrie Irving, who proceeded to partner with James to become the 40/40 brothers en route to a 112-97 win at The Oracle.

Well the Cavs returned fire off the court, as Richard Jefferson loaded up and let loose on Klay on The Vertical with Chris Mannix:

“James blocked it out, ignored it, but make no mistake: Others didn’t. Privately, Cavaliers officials wondered how Thompson can complain about a Timofey Mozgov screen one day and declare the NBA to be a “man’s league” on another, how the toughness, mental or otherwise, of a star player who has yet to see the benefit of many whistles can be so openly questioned.”

“If it’s a man’s game, shut up about the [illegal screen],” Jefferson told The Vertical. “Or don’t say anything about LeBron. Klay, he’s like my little brother. But we can’t contradict ourselves.”

Jefferson and Thompson were teammates on Golden State for almost two years, so this appears to be a warning shot across the bow.

But with Game 6 on Thursday, and an injury to Andrew Bogut added into the drama of the Finals, the Warriors should view this as an “Incoming!” cry and prepare to fire back to the tune of a win on Cleveland’s home court.