Despite the New York Knicks' five-game winning streak, Mike Woodson is teetering on the brink of unemployment. The additional development of Phil Jackson's impending hiring as the public relations face of the front office spells doom. However, Woodson may land on his feet if Indiana Hoosiers boosters have their way and eject Tom Crean from Bloomington.

According to a source, Woodson would be a top candidate at his alma mater, Indiana University, if current coach Tom Crean does not return. The source claims that several prominent IU boosters are pushing to buy out Crean and install Woodson, a product of Indianapolis, as the coach.

In all truth, it all seems like a longshot based on the dream of hiring a high profile Indiana alum. Every college booster wants an alumni, but Woodson doesn't translate well to the college game. Despite a down year, Crean's momentum doesn't appear to be swaying out the door. Crean hasn't been as successful in the NCAA Tournament as most fans would like, but it's too early to pull the plug after he helicoptered in an rescued the program from crippling NCAA violations. Especially, if the next best option is an NBA coach who'se never advanced past the second round and lacks the charisma to make a significant impact on the recruiting trail with 17 and 18 year olds. Here's a thought though. The Hoosiers may be staring at the right franchise, wrong person. If Crean does get brought out, maybe Phil Jackson would be willing to listen.

One thing Woodson does have going in his favor is that he's more even-keeled and has a more stoic coaching poker face than the current face of the Hoosiers program. 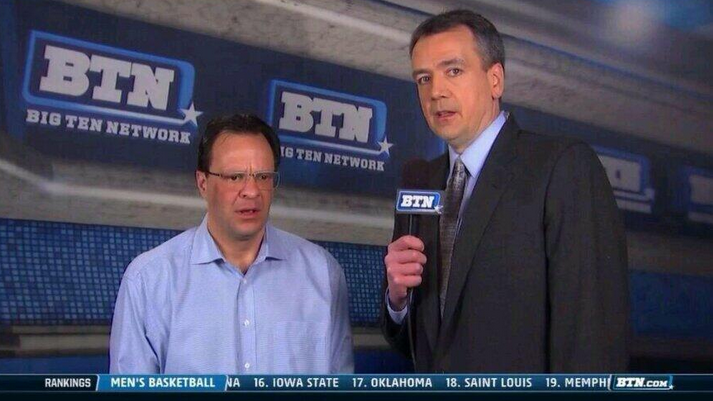