With Charlotte, North Carolina suffering from civil unrest at the end of the week, authorities declared a state of emergency. Is it cliche to say that Black America has been in a state of emergency for centuries? Judging by the turmoil that is currently engulfing the country, that would be a resounding no.

As the morbid parade of black bodies continues, so too does the protesting, which was initiated by Colin Kaepernick, followed by others like Brandon Marshall of the Denver Broncos and Philadelphia Eagles LB Malcolm Jenkins, and spreading across the national sports landscape in the pros, college and even high school. Sportscasters who were once former athletes and coaches are continually being asked their thoughts on the situation.

The very idea of former Chicago Bears Hall of Fame player and Super Bowl winning coach Mike Ditka having something to say about race in America would be laughable if a great number of Americans didn’t actually believe him and his dull, antiquated logic.

Here’s what he had to say about Kaepernick, which is his prerogative as a analyst, and about Black struggle in America, which he could have simply passed on commenting about considering his extreme lack of expertise and perspective on the subject. But passing is not something that Ditka does. He simply jumps headfirst into the fray. But that mode of attack, which endeared him to football fans, is ill-advised when it comes to commenting on police brutality and injustice in America.

His words are yet another example why, though painful, race and oppression needs to be constantly discussed.  Not doing so means individuals like Ditka, and others like St. Louis Cardinals manager Tony LaRussa, can be revealed as ignorant at best. 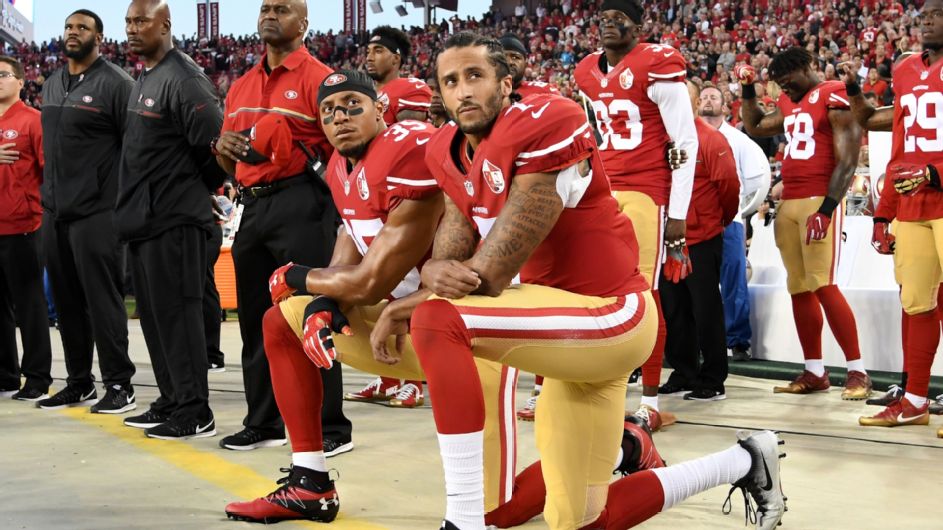 “Anybody who disrespects this country and the flag, if they dont like our flag then get the hell out, Ditka said on Dallas 105.3FM The Fan. Thats what I think. So if youre asking me, I have no respect for Colin Kaepernick. He probably has no respect for me, thats his choice.”

When debating a particular idea those who speak in absolutes are not trying to come to any understanding but rather wish to dislodge the conversation. Though there have been numerous military veterans from various wars who have spoken out in favor of NFL players’ right to protest the national anthem, there are still people within the sports zeitgeist that are coming out in droves to voice their opinion on Kaepernik and others.

Ditka’s comments are indicative of a scenario in which once respected names from eras long gone are weighing in on modern affairs as if that old “Little House on the Prairie”, Mayberry logic has anything to offer to a contemporary America that is still awakening to the significance of its original sin, and the ongoing legacy it bears.

There are any number of institutions, corporate, non-profit and collegiate, that support the fact that there are fewer opportunities for Black males in just about anything but jail and death. Yet, Ditka is using dog-whistle code words here to express his belief that Blacks are just lazy.

Funny thing that “lazy black man” stereotype is.  It only came about when blacks started demanding fair pay for their wages. Basically Mike Ditka is saying Black folks problem with opportunity is we’re too lazy to look for it.  Glad he cleared that up.

As stated before, 76-year-old Mike Ditka simply is not equipped to speak on race. The man who considers himself an “ultra-ultra-ultra-ultra” conservative used to be one of my favorite NFL legends.

However, the older he gets the more racist drivel keeps falling out of his face.

Ditka’s logic hearkens to a lily white lie that never manifested for Black folks in America. Though disappointed in his words, Mike Ditka is a dinosaur. Lumbering, dimwitted and slow. In fact, far too slow to change with the times. But as much as we cringe and get angry at their thoughts, he and like-minded individuals must be allowed to speak their minds. No more closet bigots allowed.