23-year-old Korryn Shandawn Gaines was shot and killed by Baltimore County Police Department officers on August 1st after they entered her residence to serve her with a warrant for failing to appear in court, and to answer charges of disorderly conduct and resisting arrest from a traffic stop, as well as for failing to address traffic tickets resulting from the stop.

The details were slowly revealed in the immediate aftermath as bits and pieces of information were released.

According to their report, police entered the residence with a key provided by the landlord after knocking for 10 minutes. According to their story, Gaines was pointing a shotgun at the door while holding her son in her lap. A police spokesperson said the officers then retreated into a hallway and called for backup. Gaines’ boyfriend then fled the home with the couple’s one-year-old.

The “official” version says Gaines barricaded herself in her home at 9:40 am and refused to surrender before ultimately being killed, and her child being wounded by gunfire. Additionally, and predictably, the discourse amid Black intellectuals, journalists, academics and bloggers fell along the lines of gender and class.

People blamed her, people dissed her mate for grabbing their youngest child and running, people said she was crazy, but nobody addressed the validity of her mindset. Credibility for law enforcement among many black folks has always been tenuous at best.

Now, with the explosion of amateur video showing the cheapening of life by law enforcement, we have a sick, sad scenario in which Korryn Gaines is being called “crazy” and “erratic” after being shot dead by the police. They “say” she fired first. They “say” she was being irrational. Her mother says she refused to give up after repeated pleas from family members to do so. Fear will do that to you.

According to Psychology Today, fear is a vital response to physical and emotional danger — if we didn’t feel it we couldn’t protect ourselves from legitimate threats. Traumas or bad experiences can trigger it.

In the meantime, video of a March traffic stop involving Korryn has only made the firestorm of judgement and speculation even worse.

The video shows Ms. Gaines questioning the officer’s delegation of authority, a legal term that basically means an individual has been given power to carry out his or her job by a higher authoritative body. The demeanor of the first officer in the traffic stop video appears to be both courteous and professional.

Indeed, Gaines seems a bit misinformed as to her legal rights. She eventually brandishes her information for the law enforcement officials during the traffic stop and continues recording when allowed to return to her vehicle. Though she does not appear demonstrative or physically animated during her initial exchange with officers, she is clearly taking a rebellious stance.

In the traffic stop video, Gaines states repeatedly that she will resist the officers and advises her children to do so as well. It is at around 9 minutes into the exchange that Gaines becomes verbally combative.

For some, this video is used to claim a window into Ms. Gaines mental instability, yet all I see is a woman who is not adequately versed in law. She didn’t seem “crazy” to me. When Gaines describes her arrest as kidnapping she is referring to an actual belief, albeit a misinformed one, that she is legally able to rebuff a law enforcement officer.

Her fear and concerns were real even if the information she had was wrong. It wasn’t until 14 minutes into the exchange that Ms. Gaines began using profanity and raising her voice. In a vacuum, her actions do not appear rational, but her distrust of authority is a legitimate side effect of today’s racial realities.

Some experts believe she may have been a member of the sovereign citizens movement. According to the Southern Poverty Law Center, adherents believe they can decide which laws to follow, which to ignore, and also believe they should not have to pay taxes.

But being part of a cultural group that is the target of a great number of law enforcement, political or economic initiatives could easily lead someone to pick an alternative in which they have say, even if one’s grasp of said alternative is loose.  Better than the yielding to an obviously oppressive system. On Thursday, the Houston Chronicle released video of 28-year-old social worker Earledreka White that was recorded in March. Like Gaines, Earledreka was pulled over for a traffic violation. She is alleged to have crossed the white double lines. However, Ms. White called a 911 dispatcher because she feared for her life and wanted other officers present. The victim is never violent toward the arresting officer nor does she make any sudden moves.

The video, captured by surveillance cameras from a nearby business, shows the officer behaving violently and erratically. White filed a complaint back in April but, of course, the Metro PD sided with the officer.

The highly publicized and tragic death of Sandra Bland after a violent altercation with a Texas Department of Public Safety officer still weighs heavy in the mind of conscientious Americans. She was found dead in a jail cell three days later. Her death was ruled a suicide. 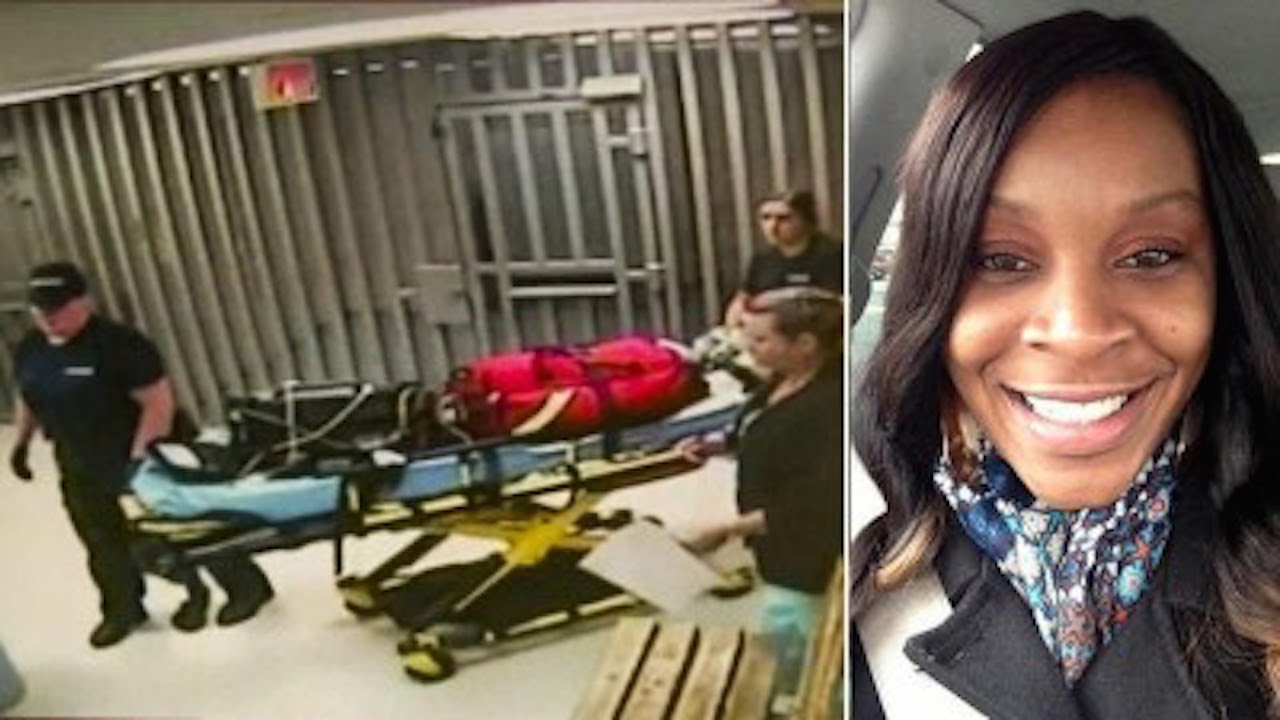 Just days after the killing of Korryn Gaines by law enforcement a significant portion of their story was revealed to be a flat out lie. There was no key entrance. Law enforcement officers kicked her door off its hinges.

What else did they lie about? Give the police benefit of the doubt? Why should we? How many people have to die, how many lies have to be discovered, and how many grotesque videos of officers behaving with total disregard for human life do we have to see before police are held accountable for these deaths?

The parade of Black death keeps marching on as new video of a police shooting comes to the surface. 18-year-old Paul O’Neal is being pursued by Chicago cops after stealing a car. He is seen trying to avoid hitting officers as he tries to get away. Officers are seen firing at the fleeing vehicle. O’Neal is struck in the back and dies.

The demeanor of the officers is celebratory and jovial as a teenager is basically executed for stealing a car. Many will certainly say O’Neal caused his own death by stealing the car, but auto theft isn’t a death sentence. At least it shouldn’t be.  Nor should selling cigarettes, CDs, driving, or just being black.

While I cannot agree with Ms. Gaines interpretation of her rights nor with her confrontational stance at that moment in time, I feel her mindset was absolutely understandable in light of our current environment.