Topps company announced that it has selected 2012 National League MVP and the three-time World Series Champion Buster Posey as its Brand Ambassador for 2015. Posey, who is also on the cover of Topps’ 2015 Series Two MLB Set, will handle promotional appearances for Topps, and assist in various social media outreach programs.

The first of these promotional events took place on Wednesday at the Topps Company office on Whitehall Street in Manhattan.

“This is great to be able to be associated with Topps, a brand I grew up with and something which connected me to so many generations,” Posey told The Shadow League. “I think that cards, real cards, virtual cards, are a way to get kids more involved in baseball now as well because we live in such a visual world and the artwork and the information is so quality, its a great way for young people to really stay in touch with baseball still.”

The move coincides with the June 17th launch of Topps Series Two Baseball, featuring a 350-card base set that combined with February’s Topps Series One Baseball makes this year’s card set the company’s largest in 10 years.

“There are few things that are more American iconic than baseball cards,” added Posey, who is represented by CAA. “From rookies to seasoned veterans, everyone knows the special excitement the players get when they see their cards, and our goal is to make sure that experience is transferred to the collector whether he has been collecting for years or just starting out.”

That entire thought process is similar to how Posey handles his pitchers. Whether they are new jacks like Heston or polished hurlers like Matt Cain (2012 perfect game) and Tim Linceceum (2013) — the last two pitchers Posey caught no-hitters with — Posey makes sure he gets the most out of his guys. Posey had as much to do with pitcher Madison Bumgarner’s 2014 World Series lockdown as anyone.

The Shadow League was in the building and had the opportunity to speak with Posey the morning after he caught an 11 K, no-hit gem by 27-year-old rookie Chris Heston in a 5-0 win over the New York Mets on Tuesday night.

It was the third no-hitter Posey has caught in his career, all coming in the past three seasons. As true leaders often do, when asked by TSL about the no-hitter and his success with the staff, Posey deferred his praise to pitching coach Dave Righetti, who as a New York Yankees pitching ace in 1983 had a dramatic no-no of his own against the archrival Red Sox.

“One guy who doesn’t get as much credit as he deserves is Dave Righetti, our pitching coach,” Posey said. “He is the connection through all the success we have had on the mound. Our pitchers are always prepared and know how to execute, and last night was another example of that.”

Back in February I interviewed Clay Luraschi, Topps’ Vice President of Product Development. Luraschi has been with Topps for 15 years. We spoke about how the card collector game has evolved, how Topps was able to take over the game and corner the market in the past two decades and how it plans to stay relevant with the youth in a digital age.

With the Topps 2 set, which includes several popular offerings and some new First Pitch Cards (actor Jon Hamm, comic and pop culture icon Stan Lee, Bill Kreutzman and Mickey Hart of The Grateful Dead), the movement continues with guys like Posey who are considered the elite performers at their positions and are helping carry baseball’s marketing machine into the future and sustain the relevance and popularity of the game. . 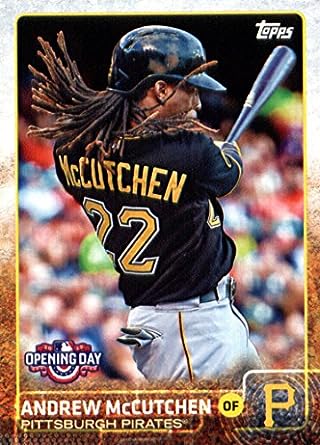 “We welcome Buster as our official ambassador for 2015, Luraschi told The Shadow League. “There are few people, let alone athletes, who are better role models than he is, not just in the way he plays, but in his dedication to off-field activities such as family and community service.”

Certain people just catch blessings because they have everything in order. Posey seems to be that kind of guy. This was evident in his actions on Wednesday. With adult media swarming and waiting to engage him in some convo, Posey took the time to give his most lengthy and thought-provoking interview to a young elementary school reporter. His acknowledgment of her request is a prime example of why baseball fans can’t help but like this dude. He has the “Jeter Effect,” and in the midst of a 162-game season when ball games tend to become extended blurs of one another, Topps and the baseball gods gave Posey a week he’ll always remember.