From the Shadows is a series of articles designed to shine a bright light upon those who move in the background of sports, film, television and the corporate sphere, to show love to those involved in philanthropy, and athletes, actors and artists who are on the verge of emerging from the shadows of obscurity into the light of success.

We want to tell stories about incredible people doing incredible things, whether you have heard of them or not.

Today we bring to you a woman whose accomplishments are enormous, yet the scope of which remains obscure to many.

Though her list of accomplishments are many, TV producer Lucia Kaiser is not a household name. She is responsible for helping raise millions of dollars for such worthy organizations as the Children’s Ballet School, the Hawaii Symphony, American Cancer Society, Special Olympics and much more, as well as mingling with such groundbreaking A-listers as Oprah Winfrey, Quincy Jones, Angela Basset, Burt Reynolds, Carol Burnett and a host of others in music, film, television and politics. She was also recognized as one of President George H.W. Bush’s “Points of Light.”

I ran into Lucia at a recent philanthropic affair, was advised of her lengthy career in television and Broadway and was intrigued. She’s a legend in her own right, owning two Emmy Awards.

We spoke about her becoming the first female PR lead for the Johnny Carson Show, her dealings as president of Bruce Lee Studios in Hong Kong, Oprah Winfrey’s first impression of her brown skin and more.

TSL: How did you get into the entertainment business as a woman back then?

Lucia Kaiser: I was just turning about 18 years old and I was dating this guy who was a camera man at NBC and Johnny Carson was the biggest thing on television. He was the king. (My boyfriend) got me an interview because I was always pestering him about working at the network. I became an intern for Johnny Carson and it is too long of a story to tell you how and why but all I can say is Carson ended up interviewing me personally. I think it was because, in those days, the way I looked. But I had a brain.

After about a year, I was the first woman in management for the Johnny Carson Show. He had so much faith in me that he put me in the position of publicist talent coordinator. That was an extraordinarily powerful position. I picked that talent on the show. I have lifelong friends that I have actually booked on the Johnny Carson Show all those years ago that are still alive. Quincy Jones, Dionne Warwick, some who will not be attending the award ceremony this week, will be sending heartfelt testimony. 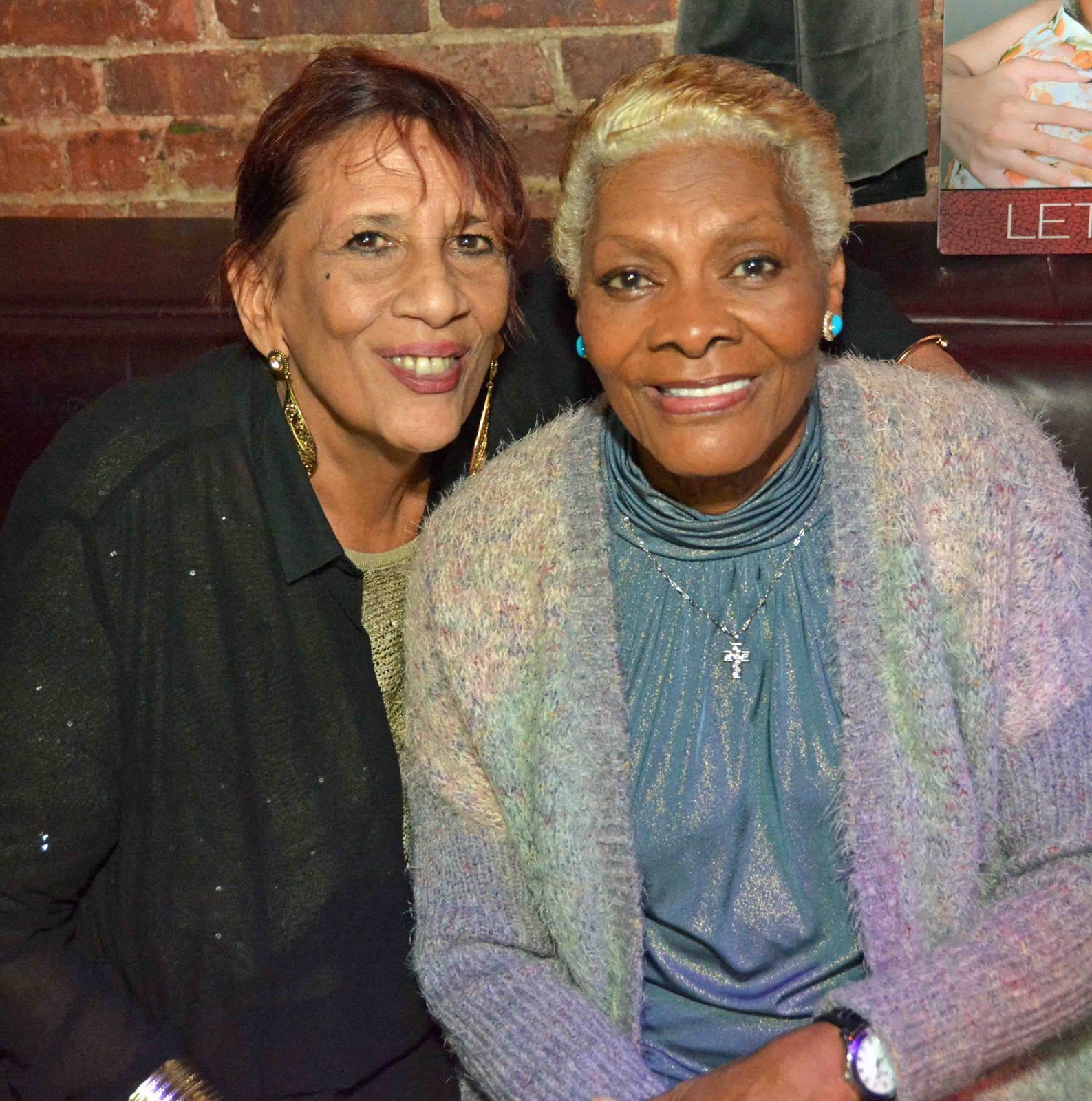 I was with him for five very long years. In those days women and girls, which I was really a girl, had a very hard time getting the respect they deserved. Johnny treated me with a lot of respect but women in general were not treated with the respect that they are today. Even today, women have a hard time in the field that I’m in.

Having that career with Johnny Carson catapulted to me into many firsts. I was the first president of the first all women advertising agency in New York. I left that company after a year. I made a lot of money but the guy who ran it was not the nicest or brightest. He just had a lot of money. After that I traveled to Europe, Asia and ended up in Hong Kong. To this day I think I was the first woman president of Bruce Lee’s production company. Eventually, I fell in love with my future husband while living in Munich after leaving Bruce Lee. After living in Munich for three years and at that point I hand the credentials to become a TV producer.

Even though I spoke German, Germany was still very chauvinistic in those years. I asked my future husband did he wish to move Hawaii and I married him there. Donna Summers threw our engagement party. She was his best friend and quickly became mine as well. I helped her with her career and she was in my life all this time until her tragic death a few years ago. While in Hawaii I did many things. Two time Emmy Award winning TV producer, I started the Maui Film Festival. I became famous for raising millions of dollars for charity by throwing these lavish parties. These days, it’s more difficult to raise money. In those days, it was the ’80s, people were rolling in dough and I had the credibility.

TSL: How did you come to the attention of Pay It Forward?

LK: This organization heard of me a few years ago and gave me the original Pay It Forward award, as well as named me Pay it Forward ambassador for the United States. Now this is the Lifetime Achievement Award that they’re giving me at the Yale Club.

TSL: When we first met you told me you wanted to win an Academy Award. How do you plan on doing that?

LK: Many people, if they’re not in the entertainment industry and the film industry, wonder why I haven’t won an Academy Award. Right now my primary function is to bring in film financing, TV financing, and Broadway financing. But mostly film financing because now I want to produce my first feature film.

Finally, after years of trying, I finally have the right investors. In the past I never had the right project. A lot of people in Hollywood know my name. I’ve been known to get projects before they go to the studios because they know I have real investors.The Pay It Forward project is actually benefiting an organization called Girl ePower. All monies raised goes to Girl ePower in New York.

TSL: I have witnessed the manner in which you work the room at an industry party, seemingly able to successfully decipher the true intentions of all you interacted with. That’s not an easy thing to do.

LK: I truly believe it’s a gift. It’s nothing you teach. I think this is why I was so successful. I’ll tell you a brief story; about four or five years ago a major group that I will not name came to be and offering me a reality show because they found out about all the people in my life. I turned them down. The show was to be called ‘Lucia: The Girl with the Golden Rolodex.’

They wanted to follow me around parties and show people how I do what I do. I turned it down for two reasons; the people that I know who are at these parties don’t like to be on camera. Second, you can’t teach what I know. It’s a gift. You either have it or you don’t. I love people. I’m a people collector.

TSL: You are of Sicilian descent. However, I initially thought you were African American. How has your brown skin affect your career in entertainment?

LK: Absolutely, 100 percent it has affected me. In fact, the TV program that I’m working on right now is called Caged Obsession and is based upon my escape from sex trafficking in Cairo. That’s too heavy a subject to go into right now. I’m very involved with ending human sex trafficking.

But I get called different things. Especially when I have had short hair and I’m usually tanned because of living on an island. I have gone through my whole life with people not knowing what nationality I was. People were thinking mostly mulatto, Brazilian, Cuban, Mexican, Israeli but mostly African American.

TSL: Tell me about the time Oprah Winfrey thought you were Black?

LK: It’s a funny story but it was a very private situation, a party for Maya Angelou’s 82nd birthday. Quincy Jones invited me. When I finally got a moment to talk to Oprah I told her about Caged Obsession. That name has been registered with the Writer’s Guild for years and will be my book, my movie and my TV show.

So, I told her about being born in the middle of the ocean and about the book, and she grabbed my hand and said ‘Oh, so you mean you’re not one of us?’ And I dance like a sister so the brothers always thought I was Black.

There has also been a lot of negative stuff. I had a boyfriend from Jonesboro, Arkansas and forget it. I can write a movie on what happened to me down there. So, I’ve experienced a tremendous amount of prejudice because of my skin color. Absolutely, but I’m happy I have. It made ma strong woman. A lot of my best friends are African Americans so people also associate me with them. Believe me, I’m glad I’ve gone through that. It has made me a much stronger woman to go through what my friends went through.

Lucia Kaiser has had a grand life worth recognition and will be receiving a Lifetime Achievement Award from the Pay it Forward project at the Yale Club in New York City on Thursday.