In October of 2015 ussportshistory.com wrote a piece about a historical tragedy that recently occurred in Pittsburgh.

The Pirates — a franchise that has been among the the leaders in embracing diversity within Major League Baseball, fielding the first all-minority starting lineup in 1971 — decided to purge local African-American history from PNC Park.

Former Pirates owner and CEO Kevin McClatchy was a huge fan of acknowledging the contributions of Black Knights who not only fought the pitcher to get hits, but battled a vicious form of segregation that kept them off the field and relegated them to second-class citizen status.

In 2006, McClatchey supported the creation of a permanent exhibit space in Legacy Square. It included seven statues of the Homestead Grays and Pittsburgh Crawfords dopest black ballers, highlighting Cool Papa Bell, Josh Gibson, Oscar Charleston, Judy Johnson, Buck Leonard, the mythical Satchel Paige, and Smokey Joe Williams. Legacy Square celebrated the history of the Grays and Crawfords, both of whom played in the Pittsburgh area.

Said McClatchy at the exhibits opening: This exhibit inspires, educates and emotionally connects people of all ages tothe remarkable story of the Negro leagues. A lot of people say PNC Park is the best ballpark in America. Well, PNC Park just got a lot better.

McClatchy sold the team to a group led by Bob Nutting the next season and by 2014, the entire spiritual and harmonic connection that was created between the city, its baseball history and embracing the illustrious Negro League past had been wiped out and discarded.

Sort of how Andrew McCutchen has been treated by a team that he almost single-handedly lifted out of oblivion.

With the team on a recent string of success and under new ownership, the franchise …simply decided as an organization that they dont need Pittsburghs black history anymore.

The Pirates are effectively saying that the Pittsburgh Crawfords and Homestead Grays have nothing to do with the Pirates anymore, and if you want the Crawfords or Grays or black history in general then go to the Forbes Field landmark, the Western Pennsylvania Sports Museum, or the Negro Leagues Baseball Museum.

That’s kind of what the Pirates said to their franchise Black Knight too, as they tried to shop him during MLB Winter Meetings.

Last week, I wrote a story about how the Pittsburgh Pirates were looking to trade AM off of one down year.

To satisfy business priorities, Pittsburgh looked to relinquish the 2013 NL MVP, who took them from rags to riches and three straight playoff appearances after several decades of bottom feeding. 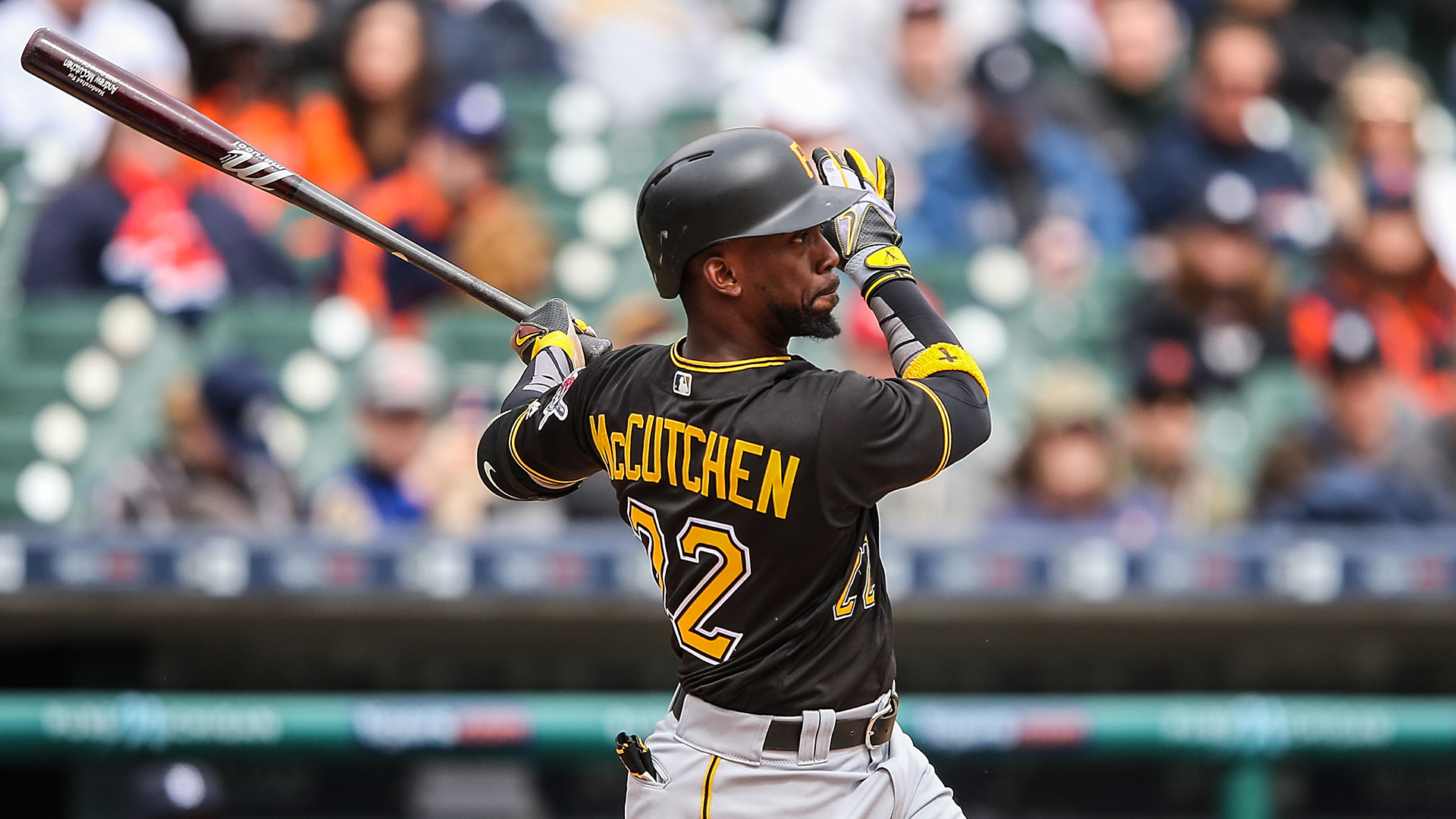 A guy who at just 30 years of age has great years left in the tank. As the story unfolds we find out that the team never really made it clear to him that they would be publicly and vigorously shopping him…Ouch!

That shows a lack of executive decorum right there.

The Rangers also re-signed Carlos Gonzalez, so barring a miracle, McCutchen will most likely be returning to Pittsburgh and harbor the ill feeling of betrayal that is sure to rot away at him this season.

Its hard to give the effort McCutchen has given over the past eight seasons to a team that has announced to the world that it doesnt really want you back despite everything you mean to the franchise and community.

In terms of respecting greatness, McCutchen is getting a raw deal.

Joe Starkey of The Pittsburgh Post-Gazette put it best in a piece written as trade negotiations with the Nats heated up last week.

How did we get to the Pirates apparently cold-calling teams like telemarketers, desperate to deal the face of their franchise?

In the same one-sided fashion that those grand and magnificent statues, representing everything good and bad and rectified within baseballs rich, dark and glorious history, were basically discarded and eventually auctioned off during MLB All-Star Weekend FanFest. 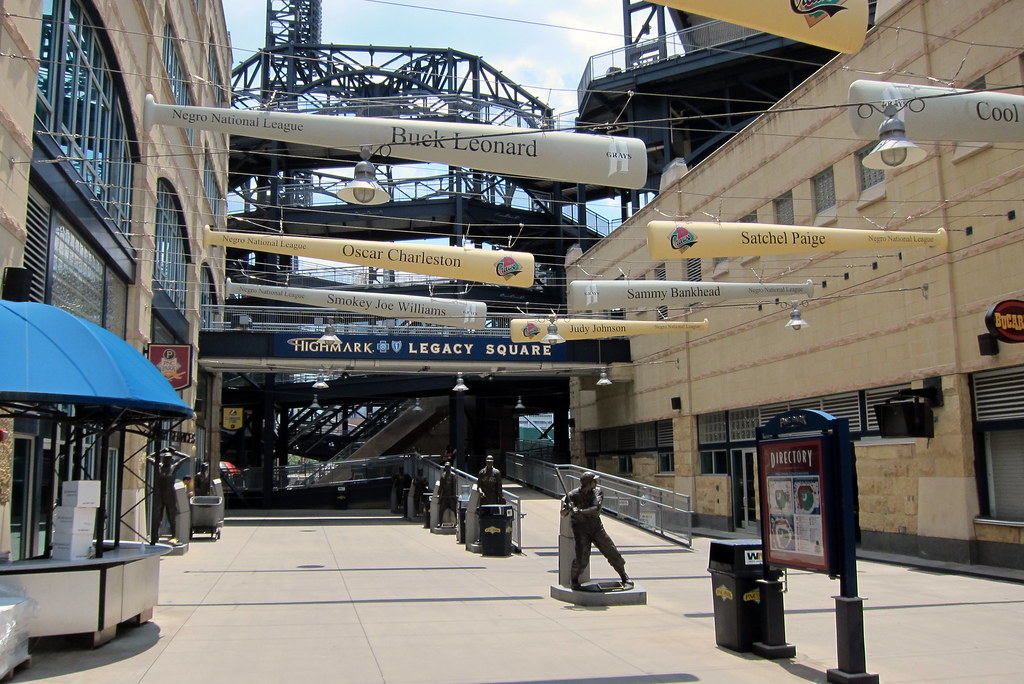 Each of the statues went for more than five times the expected return, raking in $226,950 and The Josh Gibson Foundation receiving about 75% of those proceeds, but Sean Gibson, son of the immortal slugger expressed his displeasure with the outcome.

To me, that money will be gone in a few years. My history is priceless, Gibson said in October of 2015. Yesterday, the Pittsburgh Pirates had one of the highest attendances of the year, and how many people saw these statues? And its not just my history, but part of the city, club, regional, and national history. Im not mad, just disappointed.

It seemed like a calculated mission to erase Negro League history from the city.

As written in the article, The previous spring, two statues depicting Negro leagues baseball legend Josh Gibson were on the move. In Washington D.C., the Nationals quietly relocated a Gibson statue along with two others to another section of their ballpark; in Pittsburgh, the Pirates tried to throw theirs away.

Specifically, the Pirates gutted Legacy Square of its seven statues of Negro leagues ballplayers along with the associated interpretive panels. As Opening Day approached, the Pirates were set to destroy the statues after having already destroyed the large Legacy Square baseball bats.

Purely by coincidence, Sean Gibsongreat-grandson of Negro League legend Josh Gibson and Executive Director of the non-profit Josh Gibson Foundationwas offered a chance to rescue the statue of his great-grandfather. With insufficient storage or transportation, Gibson initially balked at the offer, instead suggesting the statues be redistributed throughout PNC Park, but once he realized the urgency of the situation, Gibson informed the Pirates that he would take the Josh Gibson statueas well as the six others.” 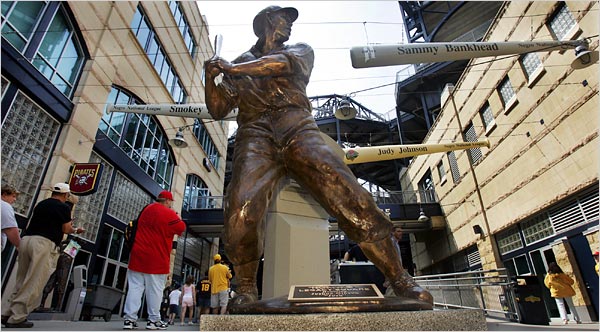 The choice to honor and respect history is a matter of taste. For the past two decades MLBs commissioners office and owners have been celebrating Negro League history and healing the wounds and reviving the legacies of the great players that were shut out of pro baseball because of bigotry and discrimination in our country.

Im not sure if this is who Pittsburgh ownership wants to be, but they have obviously lost their appreciation for baseball’s complex, contentious racial history.

“Legacy Square is technically still part of PNC Park of course, but it now looks very different, very empty, and very sad…Legacy Square was originally designed to be a place to exclusively interpret and educate fans on Pittsburghs black baseball past, and that is quite simply no longer true.”

The removal of Legacy Square is the first example. The franchise’s classless treatment of a class act in McCutchen — the premier African-American player in MLB and equally important to the Pittsburgh community  — is the second indication that ownership devalues the significance and contributions of African-Americans throughout baseball history

The fact that Pirates ownership dangled him out there like meat, with no respect for his service and historical significance to the franchise shouldn’t come as a surprise to anyone.

And like the excuses they will make as to why they tried to trade their superstar, the organization tried to rectify their hasty decision to demo Legacy Square by putting up a diminished display of Negro League banners, which only added insult to injury.

Disregarding McCutchen in the same way they disregarded those statues and reducing Legacy Square to rubble is just downright ignorant and disrespectful to the game.

Look at how Pittsburgh is treating a guy who is not only valuable to MLB but valuable to an entire race of people, potential fans and various communities.  While baseball continues to make efforts to be progressive, inclusive and more diverse at every level, the Pirates organization seems to be trying to make America great again.