Reportedly, Dallas Cowboys franchise player Ezekiel Elliott was injured in a car crash on May 21, hurting his head in a collision. The extent of his injuries are unknown, but they were apparently bad enough for him to miss his second straight day of OTAs according to a tweet by NFL insider Adam Schefter.

Ezekiel Elliott will miss his second straight day of OTAs today after being a passenger in a car accident Sunday, per @toddarcher and me.

The NFLs website says the accident is minor, but its another incident outside of the norm that Elliot has been involved in. As exciting as this kid is on the field, he stays making waves off the field, whether it be hanging at a pot dispensary when smoking weed violates the NFLs substance abuse policy, or pulling down a woman’s top at a Dallas rooftop bar and exposing her breasts on video for the world to see, or failing to practice safe driving habits. 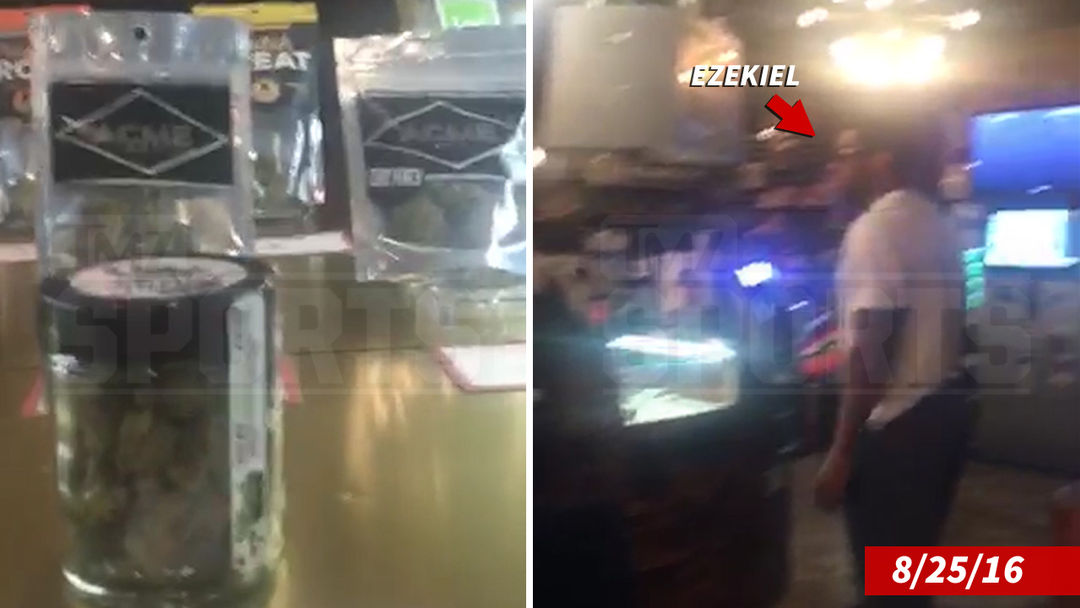 The NFL preseason training regiment is underway and the kid doesn’t seem focused. This is his second fender bender since 2017 dropped.

Back in January Frisco police confirmed that Elliott was involved in a minor vehicle crash in the area of Dallas Parkway and Gaylord Parkway. There were no injuries sustained as a result of the minor crash.

Elliott tried to make light of it.

Unfortunately, with this latest collision, we are seeing a pattern of behavior that can be hazardous to Zeke and the future of the Dallas Cowboys. There’s an immaturity present that doesn’t affect him on the field, but seems to be hindering his life a bit off of it. He was fortunate that the rooftop incident died down and the woman didn’t want to pursue any charges. He’s just too young and rich and successful to see it right now.

Its always an adventure with him. Lets hope he recovers quickly and manages to keep his name out of the tabloids for things not involving football, championships and MVP candidacies.