Actor Hampton Fluker appears on the NBC crime drama Shades of Blue with Jennifer Lopez and Ray Liotta, playing NYPD detective Marcus Tufo. Moviegoers and fans of dramatic television will recall his work from The Blind Side, the Whitney TV biopic, and Major Crimes.  The Shadow League recently spoke with him about this outstanding opportunity, his on-set experiences and much more. 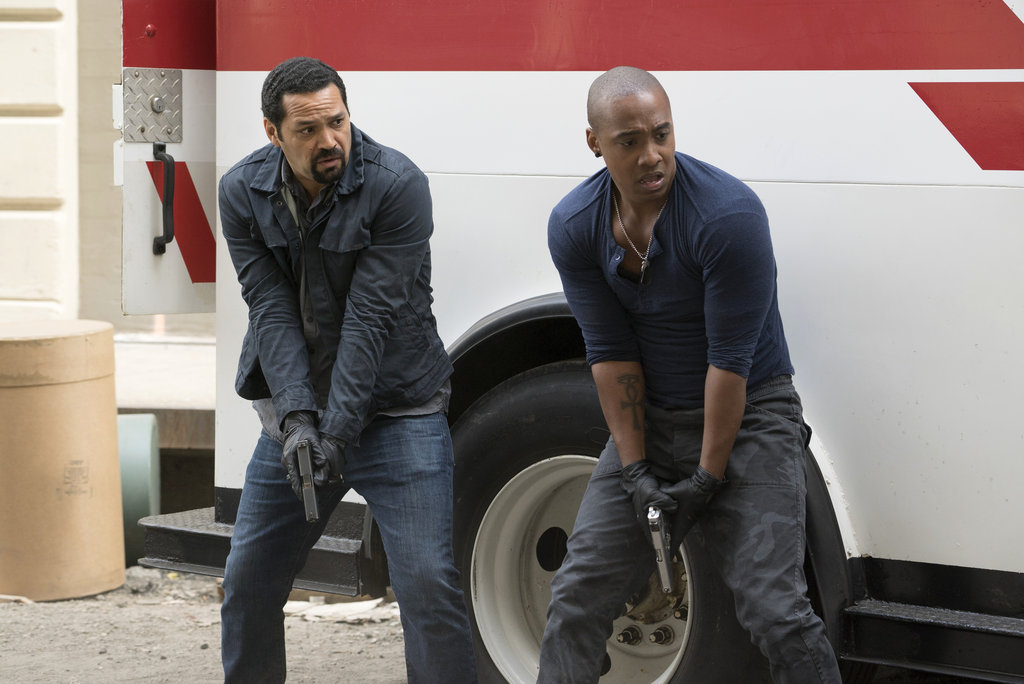 The Shadow League: What has been the biggest difference between past stints on episodic television and your current experience shooting Shades of Blue, as far as your interpretation of what is being written and how you’re able to consistently translate that when the cameras are rolling?

Hampton Fluker:  From the pilot through the first 13 episodes it’s really the actors and the writers having this kind of relationship. I think that with this particular show, with all the twists and turns, they definitely had to have actors who could portray these characters.  For me, discovering Marcus Tufo just came from looking at the writing, figuring it out and following what the writers had in mind.

We don’t read the script until a couple days before the shoot.  So, when we see it it’s like ‘Okay, I guess this is what we’re doing.’ Every actor has to capture the flavor of what’s going down.  So, I really give it up to the writers for writing such great material.  It’s really 90 percent them.

TSL: What are some attributes that you and Detective Tufo share?

Fluker: In my life, I am really in tune with loyalty. That’s something that attracted me to the show and is what really attracted me to playing someone like Officer Tufo.  To me, his loyalty with family and friends, and not asking questions, resonates with me. Now, this could be a negative trait as well, following blindly.  But I think that’s a very big part of Marcus, and a very big part of me. So, it gave me an edge.

I also like that every single character has a very sensitive side too.  That’s the trick, to be loyal as a dog but also have a heart.  That heart is only shown when someone you have been loyal to betrays you or is hurt.  For me to already have those traits in real life worked so well.

TSL: How are you dealing with the grind of being on set and working everyday?

Fluker: It’s a lot. It’s emotionally trying and physically tiring as well. But it’s been great to be given the opportunity to carry it there and to be given that trust as a young actor to become this character.  When it comes to being on every episode and really being given the opportunity to follow everyone, it’s a learning experience to be on set for that long.  You’re with these actors for 6 1/2 months, you can’t really go to school for that. It was the best place to build my confidence and learn.

TSL: What is it like working with such veteran actors as Ray Liotta and Jennifer Lopez?

Fluker: I think a lot of the cast members would agree that acting with (Liotta) just makes you a better actor. I think one of the attributes a great actor has to have is being free to tell the story and not tense.  Ray Liotta is all of those.  As a young actor going in, I’m trying to pick up everything I can. To be able to work with a legend like that is wonderful.

J Lo has her plate full.  To be able to walk in and act next to a strong, independent woman like that, doing a Vegas show, doing American Idol, and carrying Shades of Blue, and I’m doing a scene with someone like that? It’s like ‘Man, okay!’  They’re a combination of what I would want to be one day. A mixture of Ray Liotta and J Lo.

You can catch Shades of Blue on Wednesdays at 10pm on NBC. Starring Jennifer Lopez, Ray Liotta, Dayo Okeniyi, and Fluker, among others, Shades of Blue follows NYPD officer Harlee Santos as she goes undercover to fight corruption in the FBI.