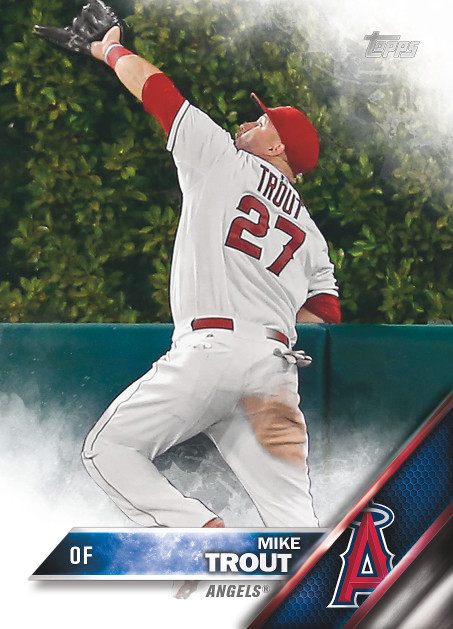 The Shadow League was in attendance and spoke to both players about their love for baseball cards and the upcoming MLB season.

Longoria had a down year in 2015, as did his Tampa Rays squad who finished with a losing record (80-82). The slugging third baseman posted the second-lowest homer (21) and RBI totals of his career (73). His slugging percentage has dropped almost 100 points since 2012.

Im just trying to get back to some previous years when I felt a little bit bigger and stronger in Spring and not as light at the end of the year, Longoria said. Its tough when you go into the season a little bit light and at the end of the year your body starts to wear down. The goal is to just play in as many games as I can. You got to be on the field to make an impact.

“I think last year there were times when I was struggling real bad and it kept spiraling downhill trying to do too much. I really have to just do what I do and allow the guys around me to help and just not put too much pressure on myself.

Coincidentally, Longorias recent decline coincides with Joe  Maddons goodbye. While he misses the manager who nurtured and encouraged his rise to superstar status, Longoria told TSL that new skipper Kevin Cash also has his positives.

You miss Joe to a certain extent because he was all that I knew, Longoria said. He was the guy when I came up that really made it easy for me to play the game and relax. Ill never know how my career would have gone had I had another manager.

Some managers are really hard on rookies, riding you and making you feel like youre not doing enough and Joe never did that and I think thats why hes had so much success with the Chicago Cubs now. They have a similar young group to what we had. A lot of young kids that are exciting to play the game and hes just that guy whos able to coax young guys on to just relax and play the game.

I asked Longoria about rising Black Ace Chris Archer, who replaced the departed O.G. David Price as the meat and potatoes hurler of the rotation. Archer had a losing 12-13 record, but he was dominant at most times, striking out 252 batters and holding down a solid 3.23 ERA. It’s clear that the young pitcher is a leading Cy Young candidate this season.

Wins and losses for pitchers is talked about a lot but now we are starting to realize that its not as important a stat to judge a pitcher by, Longoria said. I think last year was his breakout year and this year hes going to be a more polished pitcher, Same with David Price when he was here.

He had one good year and then year after year he continued to get better, better and better. Same with Archer. Hes the guy that works really hard and studies the game…Knows his strengths and weaknesses and wants to improve everyday, so we will continue to see that evolution.

Longoria says the similarities between Archer and Price extends beyond them being the two best African-American pitchers in MLB,

They both are ultra competitive, Longoria said. They care about the team…Great teammates. They are leaders naturally. They dont necessarily go out and speak about it. They just know their role and what they have to do every fifth day. You know they are going to be the guy you look too when you need stop.

Longoria also spoke with TSL and SNY about his optimism for the 2016 season and his love for baseball cards growing up in California.