When former San Francisco 49ers Colin Kaepernick kneeled during the National Anthem before a game last season in a protest against police brutality, safety Eric Reid was beside him. Reid also shared the same thoughts about the things that America has historically ignored.

Reid, a member the the 49ers leadership council and the teams union rep, reportedly disagreed on how Kaepernick conveyed his message.

The Shadow League spoke with Reid, a 2013 first round draft pick of the 49ers, before Kaepernicks Know Your Rights Camp in Chicago.

Reid discussed the events that led to the protest, the players only meeting where Kaepernick explained his actions to his teammates, the way he was treated after publicly supporting Kaepernick, the social media backlash and why he believes that Kaepernick is being blackballed by the NFL, among with the impact of the Know Your Rights Camp.

My brother, you have been such an inspiration to the community. I’m so glad to have been able to attend another @yourrightscamp@kaepernick7pic.twitter.com/AUhTYZxft4

The Shadow League: How did the people who attended the previous Know Your Rights Camps in Oakland and New York receive the information provided?

Eric Reid: I came out to support Colin. The support has been overwhelming. I know the media puts out a lot of the backlash he has received, but theres a large amount of people who have told us that they love what weve been doing. And they want us to keep it going.

TSL: Colin won a team award (The Len Eshmont Award, which is given to the 49ers players who best exemplifies the inspirational and courageous) that was voted on by you and your teammates despite the fact that media pundits often called him a distraction. Can you discuss what were the conversations in the locker room like after you and Colin made the protest public?

ER:  We had real conversations in that locker room weve never had before. We had a players only meeting and Kaep explained to us what he was doing and why he was doing it. And people said that even though they didnt agree, they respected it. They respected it when they heard the reason why he was doing it. It actually brought us closer together. I think that was misrepresented in a lot of stories that were published. I think him getting that team award speaks to that.

TSL: Throughout last season, was there something you believe that the fans, media pundits and players from other teams who spoke out against your protest might have missed?

ER: Colin stepped up to the plate and made a difference in the community. And for me, I dont understand why hes being punished for doing that. In any other situation, for Kaep to do what hes been doing, hed be the poster boy of the NFL. The NFL would be trying to put his face on everything. Because of what he did, it was controversial to some people. They suppressed him.

TSL: Was there a specific incident that happened that led you and Colin to make the protest public?

ER: I remember when he first started to kneel, he tried to keep it to himself. He was actually hiding behind some coolers on the field. And some of the media started to notice. We talked about it. I said Hey, I feel exactly how you feel. I want to support you. Lets figure out a way to do this in a way to not be disrespectful to the people who are going to feel disrespected. What we decided to do was kneel because its more of a respectful gesture than standing or sitting. We took a knee. In our hearts, it was the right thing to do. 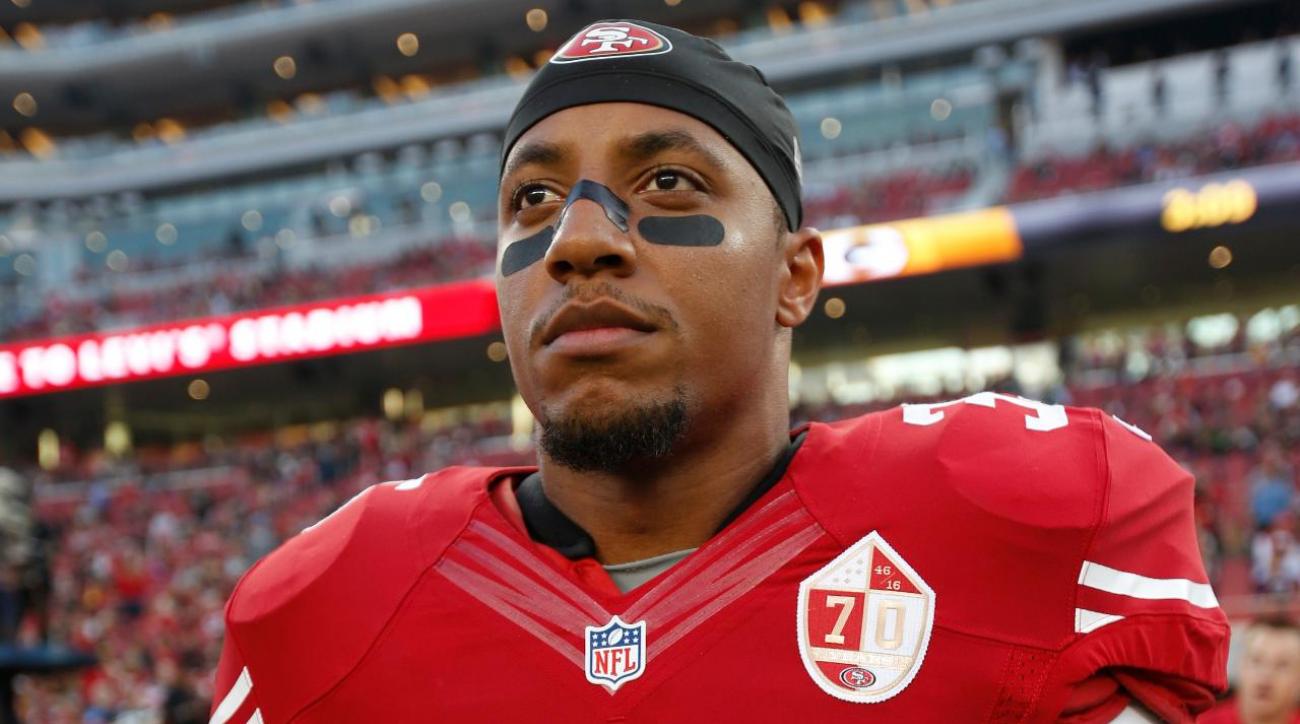 TSL: Since you took a stand with Colin, have you received any backlash from fans, media or other players?

ER:  All the backlash Ive received has come from fans on social media who hide behind their keyboards. In person, I cant recall anyone saying anything negative to my face. People have been supportive and have appreciated what we are doing. Online, I got the classic, Go Back To Your Country stuff. But then again these are people who hide behind their keyboards. They have that false sense of confidence. And most of them didnt even have a picture on their profile.

TSL: Each offseason, weve seen guys sign free agent deals and get drafted after theyve hit women, gotten arrested and used racial slurs. And Riley Cooper who once said, Ill fight every nigger in here at a concert, reportedly got a tryout with the Buccaneers. Do you believe that Colin is being blackballed for speaking out?

ER: I do believe it is because of the political stance he has taken. And teams are shying away from the PR that comes along with that. I feel as if you change the scenario and you take away the protest that we did, he went to take food on a plane to Somalia, he would be the poster child of the NFL if the protest wasnt seen as negative in some peoples eyes. Its upsetting and I struggle with it because I know the caliber of player he is. I know teams in the NFL that need a quarterback. But they are staying away from him.

TSL: We saw Mike Glennon, an inexperienced player, and Mark Sanchez, a journeyman quarterback get deals.

ER: Exactly. Im still hoping that he gets the phone call and can get on a team. I know what type of player he is. If he gets an opportunity, hell take advantage of it. That speaks to my point. We have a quarterback who took a team to the Super Bowl and has done things that have never been done before. And the two quarterbacks you mentioned got deals and Colin hasnt.