Philadelphia – Despite not being associated with the likes of North Carolina, Kansas, Kentucky and Indiana in college hoops’ old-boy network, No. 7 seed Wisconsin is working on becoming the first squad to make it to three straight Final Fours since UCLA had it humming from 2006 through 2008.

Most thought this would be a down year for them after losing Frank Kaminsky to the NBA and former head coach Bo Ryan to an abrupt retirement shortly after this season started. The Badgers had gone 66-12 over the last two years, but no one expected this year’s team to have another shot at the Final Four. Right?

Well, they’ve lost as many games this year as the last two Wisconsin teams combined, but they’ve still got a shot to keep the good times rolling in Madison.

On the other side of the ledger in tonight’s first game at the Wells Fargo Center in Philadelphia is another school more associated with its football program, No. 6 seed Notre Dame.

The Fighting Irish are trying to go a step further than they did last year, when they reached the Elite Eight. Both of these teams could easily be sitting on the couch tonight, as they survived some harrowing, close calls in the opening two rounds.

Notre Dame will go as far as their steady point guard Demetrius Jackson will lead them, augmented by the inside presence of Zach Auguste. The kids from South Bend hang their hats on an efficient offense, while Wisconsin boasts a defense that routinely limits teams to under 40% shooting.

After starting the year 9-9, Wisconsin won 11 of their final 14 games. They are making a very impressive fifth Sweet 16 appearance in the last six years. My favorite player for the Badgers is junior guard “Action” Bronson Koenig, who scored 20 points on 6 for 12 shooting in the Second Round against Xavier.

In tonight’s late game, we’ll be treated to the third NCAA Tournament matchup ever between No. 1 seed North Carolina and No. 5 seed Indiana. For long-time Tar Heel fans, those two earlier games remain a cause of great angst.

In 1981, the tourney’s Most Outstanding player, Isiah Thomas, led the Hoosiers to the national title with his 23 points in their 63-50 win over UNC.

Three years later, in the East Regional Final, North Carolina was the country’s top ranked team, Indiana was unranked in the Associated Press Poll. The Tar Heels were led by the land’s most talented player, Michael Jordan.

But in one of the biggest upsets ever in the history of March Madness, Indiana shocked the world by winning 72-68, led by star freshman point guard and current UCLA head coach Steve Alford, who dropped 27 points on MJ’s crew.

Indiana hopes to continue that winning streak tonight. And that is exactly what these teams will be doing, streaking. Because both the Hoosiers and the Tar Heels, in addition to being very good defensively, thrive in transition while each averaging over 82 points per game. 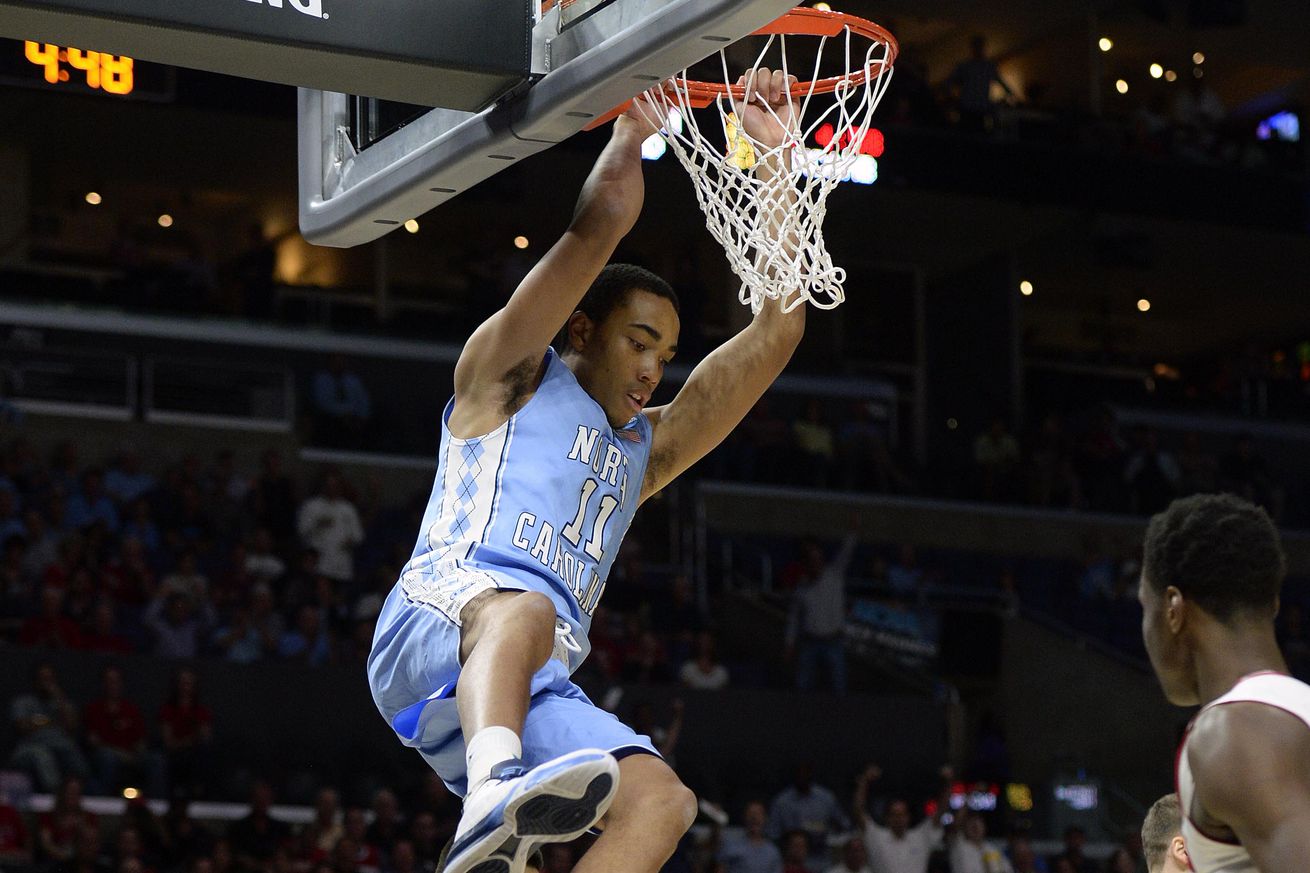 Expect to see a great running game with outstanding passing. The one area that separates them is shooting the three ball, where Indiana makes nearly twice as many as Carolina.

Indiana’s key player is Yogi Ferrell, a dynamic scorer and floor general who can also pass and rebound. He scored 20 points and snagged 10 rebounds in the first round against Tennessee-Chattanooga. He followed that up in a great point guard matchup with Kentucky’s Tyler Ulis in the second round, with 18 points, five rebounds and four assists in the exciting 73-67 win over the Wildcats.

Their most important key to a victory for the Hoosiers, though, will be keeping UNC off the boards. And when watching Indiana in the running game, keep your eyes on the mercurial 6-foot-7 junior forward Troy Williams, whose flight game and athleticism is stupendous.

North Carolina likes to run, but they’re anchored by their big men: Brice Johnson, Justin Jackson, Kennedy Meeks and Isaiah Hicks. While Michigan State’s Denzel Valentine and Oklahoma’s Buddy Hield got all of the attention in the national Player of the Year race, Johnson should have been mentioned right up there with them.

But tonight’s key lies in streaky shooter Marcus Paige, who has connected on close to 42% of his deep balls thus far during the tournament.