Dusty Baker is old enough and has been in the game long enough to know how to avoid a loaded question. Hes also too old to give a damn about how people interpret his words when hes asked a question in an interview. He does, however, need to catch up on how fast social media takes a soundbite and flips it into a personal guillotine for people who are in high positions and want to express themselves freely on the issues of race and or politics. Fresh off being hired as the new Washington Nationals manager, the 66-year-old baseball lifer is getting his first taste of the new age of journalism and the destructive sword that can be video and social media. Baker was public enemy number one on Twitter yesterday afternoon after comments during his media session about Reds reliever Aroldis Chapman, who is facing allegations of domestic violence.

According to sfgate.com, a police report first made public by Yahoo.coms Tim Brown and Jeff Passan states that Chapman, who played for Baker in Cincinnati, allegedly attempted to choke his girlfriend and fired eight shots, not directed at her, during an incident in October.

Asked about Chapman on Tuesday, Baker, always the straight shooter, said, I don’t believe reports. Who knows why? I’m not one to judge on how the whole thing happened.

And asked about his impressions of Chapman as a person, Baker responded, Oh,, he’s a heck of a guy. I mean, a heck of a guy. I’ll go on record and say I wouldn’t mind having Chapman. No, no, he is a tremendous young man with a great family, mom and dad, and what he went through to get here and what his family had to go through to get here. I was with him through the whole process. … I got nothing but love for the young man.

Baker then was asked about MLBs domestic violence policy.

I think it’s a great thing, Baker said. I mean, I got a buddy at home that’s being abused by his wife. So I think this policy needs to go further than the player. I think the policy should go to whoever’s involved. Sometimes abusers don’t always have pants on.

I think we need to get them both in a room and try to come up with something. It’s a bad situation. That’s the first thing my momma told me when I was a kid. Don’t hit a woman, even my sister. Man, I was like you better leave me alone before I tell my momma. It’s a bad situation. I learned that young, but a lot of people maybe didn’t learn that.

The piranhas went in and attempted to paint Baker as a sexist proponent of domestic violence because he didnt just blast Chapmans actions off the rip. Baker wasnt privy to the police report at the time of his comments and says he got the information second hand from his son. In addition, Baker gave his opinion of Chapman as a person and his honest opinion at the time was that he couldnt see Chapman wilding out like that for no reason.

I mean, whos to say the allegations are true, number one,” Baker said. And whos to say what you would have done or what caused the problem.

People went into a hissy roar over Bakers stern truth, but let’s think about it. Who in the world would just publicly denounce or criticize a friend or respected co-worker for an incident or accusation in which they know none of the details? That’s not Dusty Baker’s style. He doesn’t deal with people he has established relationships with in that modern day, acceptably-savage manner.

And Baker was hired to win baseball games and finally get the Nationals to the World Series, not give his expert opinion on the domestic abuse tendencies and off the field character of Chapman. A Great Manager, Not Oprah Winfrey

Baker is a respected baseball guy, who has worked with players of all nationalities since he hit the MLB field for the first time with the Atlanta Braves in 1968 — still a rough time for Blacks in America. Martin Luther King Jr. was assassinated that season and the South was still trying to hold on for dear life to Jim Crow living.

MLB has a domestic abuse policy in place for these situations and obviously the Dodgers are concerned because, according to Pedro Gomez on ESPN, an apparent deal that would have sent Chapman to LA is stalled because of it.

Its a dirty situation to begin with and to wrap old man Baker up in the madness is a low blow by the media. The stories already vary from publication to publication, so Bakers lets wait and see attitude is very understandable. According to a Yahoo Sports report, Chapman allegedly pushed his girlfriend against the wall and choked her during an Oct. 30 fight in Florida after the two argued over something she found on his phone. The eight shots in the garage allegedly followed. Chapman, however, told police that he just pushed his girlfriend with two fingers and she fell down. ESPN later reported on TV that Chapman admitted to discharging the weapon. Charges were never filed in the case due to conflicting information and lack of cooperation from all parties involved.

Theres a lot of things going on and the fact that he wasnt arrested should mean that we have to wait until actual details are released to even form an opinion on the matter. Thats just common sense unless you are a vocal domestic violence advocate looking for an easy target to voice your platform of disdain for privileged pros who use their wives as punching bags and vice versa. Potentially explosive abuse stories such as these are prime platform hangers for advocates with a motive or desire to draw needed attention to their cause. They often don’t care how the case ends up, their objective is to use Chapman’s unfortunate situation to boost their interests, no matter the cost to him or what the real story is.

Maybe Baker should have been more sensitive to the issue; but honestly, hes occupied 24-7 with his lofty baseball responsibilities. Baker’s managerial clock is ticking and after being dumped by the Reds, he sees this as one last opportunity to win a World Series and bring the Nationals franchise their first c’hip in the process. It would be a fitting bow on a brilliant baseball career. The opportunity was unexpected and came as a blessing from above, when first-choice Bud Black thought the money Nats GM Mike Rizzo was offering looked funny and skated on the job.

When I spoke to Baker at a youth baseball tournament at Baseball Heaven in Yaphank, Long Island this past summer, he told me he had “no interest at all” in managing. Maybe he knew something we didn’t. Like the fact that politically incorrect truth in these days and times gets hunted and stomped out and the person who honestly expresses their self gets tied to the stakes and burned like the witches of Salem.

Baker expounded on his comments later in the day in an attempt to quell the media frenzy that erupted after his interview.

“I didn’t even know,” Baker insisted. “I just saw it on ESPN, the subtitles this morning, so how am I going to have an opinion on what a guy did? All I can have an opinion on is the kid that I know and like I said, especially in this modern climate that we live in, you’re hearing it more and more and more and there’s a great chance that it happened a whole bunch of times but it never was reported, and so we’ve got to stop it big time and I’m hoping that he’s innocent.”

Baker also had to double back and elaborate on his comments about the games lack of players with minority-driven skill sets. Baker claimed he wasnt being racist after saying youve got a better chance of getting some speed with Latin and African-Americans,

He added, “thats what the game needs. Speed.” He even mentioned the stolen base king, Rickey Henderson, when talking about the kinds of players he needs on his Nats team. 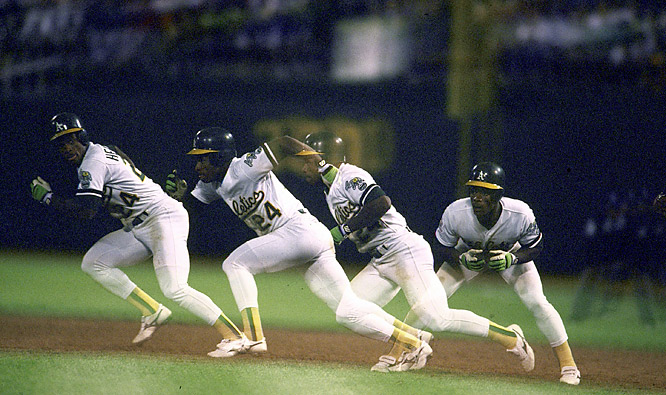 You can jump the gun and do the typical 2016 spiel and call him a racist or you can respect his half century (48 joints) in the game as a winning player and manager and rely on the assumption that this is an educated, personal and professional assessment Baker has made after coaching and managing 1,000’s of ball players.

Baker managed the Reds from 2008-2013. They went 509-463 with him behind the whip (wheel), including 90-72 in 2013. They finished third in the NL Central but claimed the second wild-card spot before being booted out of the postseason by Pittsburgh.

Under Baker, Cincinnati won two division titles and had 90-plus victories three times and made the postseason   thrice. Before leading the Reds, Baker was previously skipper of the San Francisco Giants and and Chicago Cubs. He navigated all three clubs to the postseason and won the National League pennant with Barry Bonds and San Francisco in 2002. His career managerial record is 1,671-1,504 (.526).

Its an understood and ongoing MLB recipe. As far as the game needing a re-infusion of speed, I have written endlessly about that. The end of the steroid era has reintroduced some lightening quick players to the game. The normalization of offense has once again made speed a coveted weapon. As an African-American former MLB ballplayer and manager, Baker understands the benefits speed provides a team offensively and defensively. He’s lived through an era where speed ruled and an era where an addictive thirst for the home run almost rotted the purity of the game to its core.

So lay off of Dusty. Let him rock. Hes got a job to do in Chocolate City. Sounds like some right wing reporters stirring up the pot. In any event, his viewpoints on the world are not going to change. These are the opinions of a seasoned black man who has lived through the era of segregation and seen how racism and race discrimination still pollutes our country and still nips at the heels of baseball as far as African-American players, managers, executives and owners being represented goes.