The words, “There isn’t a person or player I would trade places with that’s playing now or ever,” pretty much sums up Derek Jeters iconic career as the shortstop of the New York Yankees.

On Sunday night at Yankees Stadium, Jeter addressed a sellout crowd, infested with fans of all ages and former teammates, who came to get one last glimpse at the heart and soul of the ’90s Yankees Dynasty. The most notable of the Core Four Baby Bombers. 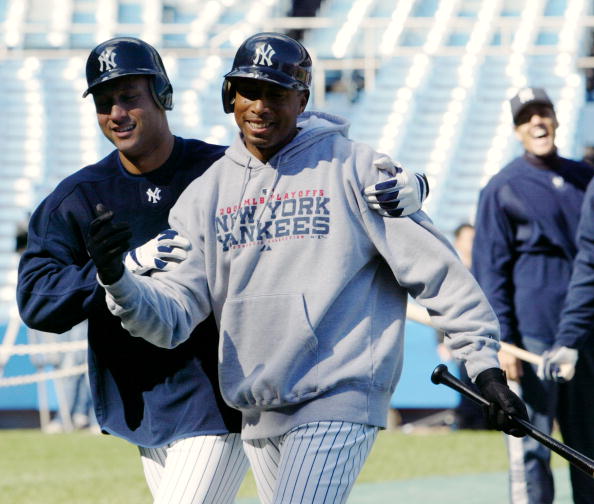 It was a moment that completes the all-encompassing dopeness of Americas last great sports role model.  A kid from Michigan, with a Black dad and a white mom. A living, walking example of the perfect American hero.

In a time where self-serving, over-the-top narcissism and conceit is celebrated by our major media outlets, Jeter always let his play do the talking. He spoke concisely, carefully and with the exception of his brief battle with Alex Rodriguez over Rodriguez’s disrespectful comments in a 2001 Esquire article, and a forced narrative about Yankees owner George Steinbrenner not being happy with Jeters vibrant nightlife, Jeter has never had any controversy associated with his name.

The 2017 Yankees turned back the clock and put the final touches on The Book of Jeter. With a ceremony befitting of a King, but oozing with the incomparable modesty and class that Jeter conducted himself throughout his illustrious 20-year career, the Yankees retired his number and put a plaque in Monument Park in his honor.

The Bronx Bombers also gave him framed replicas of both, plus a 14-karat white gold ring that lists his accomplishments. 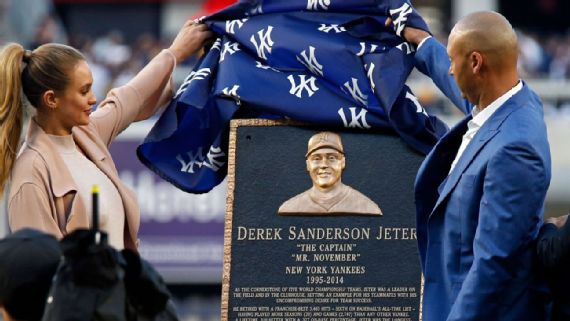 No. 2 is the 21st number retired by the franchise and is the final single digit to be honored by the Yankees. The No. 0 is available, but the Yankees have never issued it, though manager Joe Girardi and general manager Brian Cashman said they are not opposed to doing so.

While the game didnt go the Yankees way, as they were down 6-0 in the first inning, before eventually losing 10-7, the impact of Derek Jeter on the game of baseball was evident and masterfully celebrated.

The icing on the cake and the greatest symbol of reverence for Jeter was not produced by a Yankees player.

Houston Astros third baseman Alex Bregman, who wears No. 2 in honor of his idol, hit his first home run of the season. Bregman launched a first-inning grand slam off Masahiro Tanaka.

When Bregman got to the Astros dugout, he pointed to the No. 2 on his jersey, which he wears because of Jeter. According to the Houston Chronicle, Bregmans family even named one of their Labrador retrievers after the Yankee legend.

It was a magical evening in Yankees Stadium and as Jeter starts a family with his wife, puts the playing field behind him, continues to position himself for team ownership and life after 40, Sunday night will play over and over again in the annals of MLB history as we officially say goodbye to the the baseball player of baseball players, The Captain, Derek Sanderson Jeter. Baseballs Captain America.