As we head into this weekends swansong of the storied career of Filipino boxing superstar, Manny Pacquaio, one of his former opponents, Chris Algieri, told me his thoughts on Saturdays bout.

Algieri, the tough-as-nails Long Island native and former kickboxing champion turned former boxing champion faced Pacquaio in late 2014 in Macau for the WBO welterweight title. Although, Algieri was knocked down six times and eventually lost via a unanimous decision, it was his first professional loss.

During an interview for The Shadow League’s upcoming Power Hour podcast, I asked Algieri his thoughts on Pacquaio vs. Bradley 3.

Its hard to say this time, said Algieri. Pacquaios coming off that shoulder injury and if he is the Pacquaio of old and if his shoulder surgery went well and everything goes good and he performs like usual, I see him winning again. These guys have shared the ring for 24 rounds and even though Bradley won on the cards in the first one, I had Pacquaio winning most of the rounds altogether.”

Known as a humble warrior with a bachelors degree in Healthcare Science from Stony Brook University, Algieri harbors no resentment towards Pacquaio for handing him his first loss. However he is very aware of the danger that Tim Bradley presents. 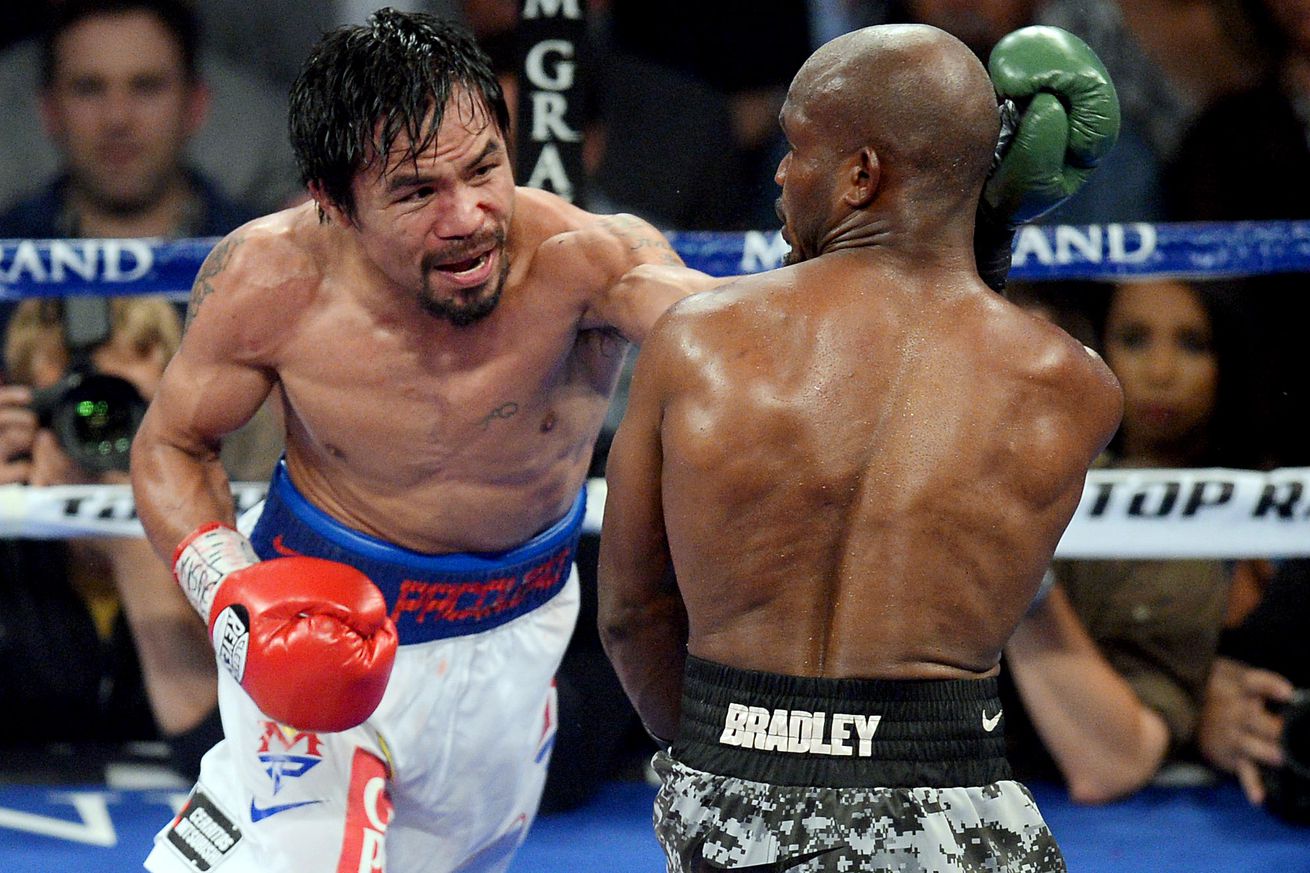 So I do see that if Pacquaio can perform as he has in the past, he will get the victory,” Algieri said. “But if theres ever a guy that you dont want in front of you if your not 100% prepared, its Tim Bradley. So if Pacquaio is lacking in any way, I can see Bradley pulling it out because hes a grinder, hes a sharp guy, hes always in great shape. You know with him hes going to bring it. If Pacquaio is not 100%, I can see Tim pulling it out. But Im going to lean towards Pacquaio.

Bradley beat Pacquaio via a split decision in their first pairing back in 2012, taking the WBO welterweight title. That win and subsequent unanimous decision loss in their 2014 rematch were both overseen by then Bradley head trainer, Joel Diaz.

However, after the Jessie Vargas fight, where Bradley won the interim WBO welterweight title via a unanimous decision, he decided to part ways with Diaz and reached out to ESPN boxing analyst Teddy Atlas to take over as head trainer.

The result was a dominant performance recently over Brandon Rios. Algieri isnt so quick to attribute that win to a change in coaching pastures.

Its only been one fight and he fought Rios, who I dont think was at his best that night, so its really difficult to say if those changes are apparent yet and it takes time,” said Algieri. “You got a guy whos been doing it so long with the trainer that he had. He did one camp with somebody else, and you generally dont see that much of a difference in a guy and honestly, I dont think he really did that night anyway.

Chris Algieri faces off against Errol Spence, Jr. at the Barclays Center for Premier Boxing Champions next Saturday, April 16th.