Cam Newton is the new face of the NFL and hes learning very quickly how it feels to carry that burdensome honorjust like Tom Brady, the man from whom he has taken the crown of being the leagues top quarterback.

Both are adored and hated equally, but, of course, for very different reasons. Brady is a future first ballot Hall of Famer and lifetime member of the NFL establishment, the New England Patriots. The organization is as known for being one of the best-run businesses in all of sports as much as it is for its Spygate and Deflategate scandals.

Newton is hated for being great at this position and having fun in ways that run counter to how the NFL establishment feels a player of his stature should behave.

Being great and unforgivingly black attracts a special form of vitriol that only intensifies when one does not perform as expected. On Sunday, Newton felt the unbridled wrath of what he can expect moving forward.

The 26-year-old superstar was minted league MVP and AP Offensive Player of the Year on Saturday, and was sacked seven times in a primetime beatdown some 24 hours later at Super Bowl 50.

Given his dominance during the regular season and the unmatched passion he brings to the game, few should be surprised that Newton took the loss particularly hard. He hugged Peyton Manning on the field before entering the locker room, but the disappointment on his face during the postgame press conference was clearly apparent. 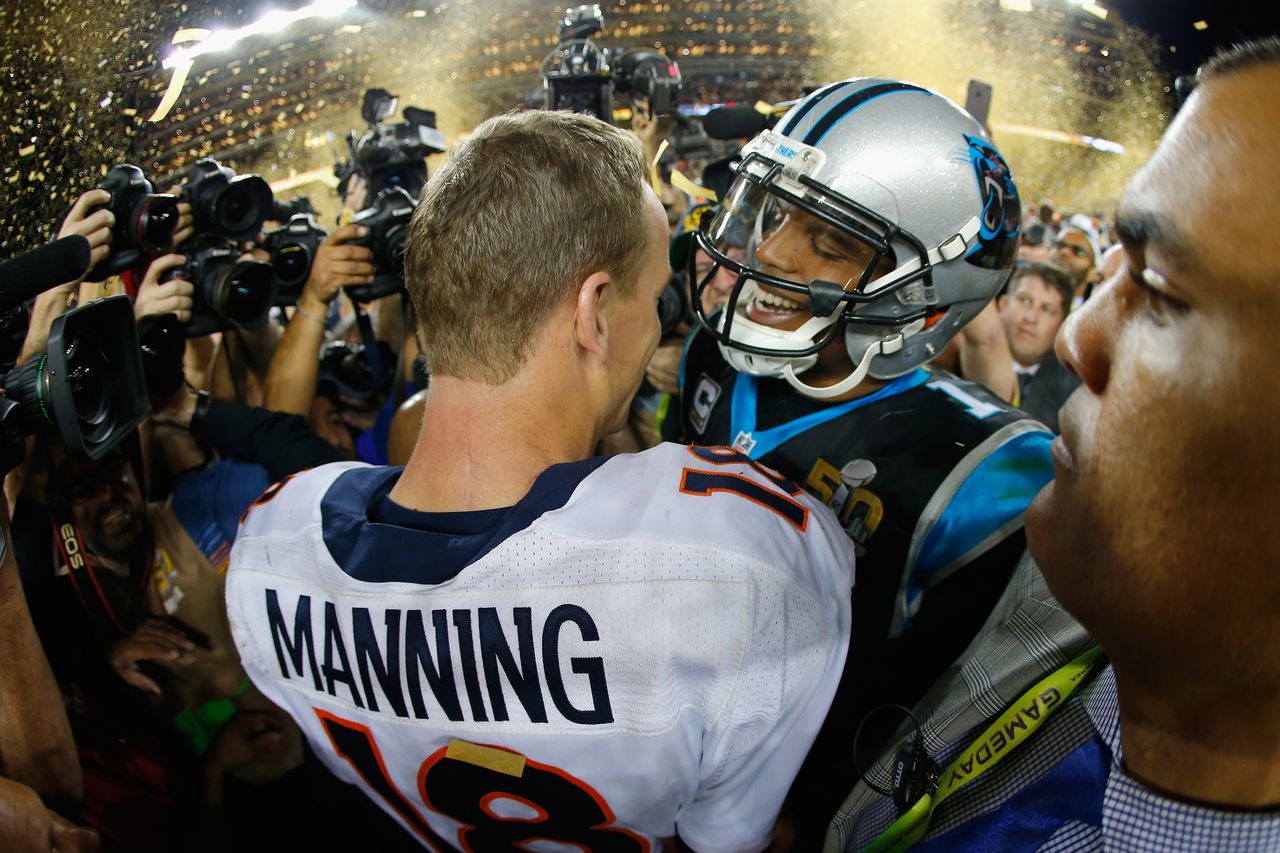 His responses to questions over the Panthers loss were melancholy, at best. Could you blame him, though? A champion at the  junior college, and D-1 levels, Newton is hyper-invested in winning. Losing on the biggest sports stage of the year wasnt going to go over smoothly. And it shouldnt have.

Lets not forget that Brady, too, walked out of a 2013 press conference after the Patriots lost a critical regular season game. He even dropped an expletive.

In 2010, Peyton Manning stormed off the field after his Indianapolis Colts lost Super Bowl XLIV to the New Orlean Saints, failing to shake the hands of players from the winning team. Was he dogged and vilified for his supposed poor sportsmanship and attitude?

Frustration comes with giving something your all, only to fall well short of the expectation of victory. Of course, unlike Brady or Manning, Newton must deal with racist commentary over his character in ways great white QBs never have to fathom. Former Denver Bronco linebacker Bill Romanowski called him a boy in a now deleted tweet after Super Bowl 50.

When critics werent aiming racism at Newton, shots were taken at his character for not falling on the forced fumble. One writer even wrote that his failure to fall on the fumble defines his first Super Bowl appearance. Mind you, these criticisms are made against a man who, during the regular season, ran, head first, on drives that were third or fourth and a yard or less. The dude risks his life and physical well-being to get the ball in the end zone!

Yet, people are accusing Newton of not having heart?

Please! From my angle, it seemed like Newton wasnt sure where the fumbled ball was going to bounce, thus him being unsure of where to position himself.

At any rate, all of these criticisms, some based on football, others based on pure racism, is what Newton should expect for the rest of his career. He is wearing the crown now and people will be coming for him, just as they have Brady and, perhaps, to a lesser extent, Manning.

What makes Newtons case even more challenging than his white QB predecessors is that no one dared to call them boy for feeling salty after a devastating loss. Nor did they ever have to face the burden of representing their race on the football field. Though most black people will tell you they like Cam, many of them would be lying if they didnt admit they wanted to see him win  the Super Bowl because of his style of blackness.

Be it Joe Louis, Muhammad Ali, Serena and Venus Williams, Gabby Douglas or any other great black athlete, being black and outstanding comes with a very special burden that white athletes will never have to experience: you are super human in victory and dehumanized in defeat.

For all that Tom Brady experienced when he lost the big game, he never had to deal with that.