For sure, there are many fans giving the New York Yankees Da Bronx cheer today. Instead of the Yankees making a last-ditch effort to make their team better for the playoff run – the MLB Trade Deadline ends today at 4pm Eastern – the Yankees are trading off talent.

That to-die-for bullpen, once armed and dangerous with three of the best in the game, is now down to just one – Dellin Betances.

A week ago, the Yankees sent stud closer Aroldis Chapman to the Chicago Cubs. The Yankees got four players in that deal, including top shortstop Gleyber Torres.

On paper, some baseball people think the Yankees are winners, grabbing top prospects that will help rebuild the Yankee empire in years to come.

The here and now, the people used to the Yankees being players, not played, arent happy and see the Yankees throwing in the towel on a season that was so-so at best, but definitely not over yet.

The Yankees did the right thing.

Yes, even Spike Lee, a Yankee fan, would agree when you think about both current factors and a look at the future. If the older players performed the way they did a year ago – and it was amazing – added with the three-headed monster in the bullpen, the Yankees had a shot to make another serious run at a World Series appearance.

That was saying a lot, but the bullpen was that good, probably the best MLB America has ever seen assembled.

But, the first part of the equation just never happened.

Today, the Yankees stand at 52-52 in the A.L. East in fourth place and seven games out. Some franchises would be excited to still be in the race with the calendar turning to August 1. But this is the New York freaking Yankees. Another feeble wild card appearance would do nothing to make the fan base feel good about the pinstripes or about where this is headed.

For sure, the Yankees were at a crossroads. They did make it to the postseason in 2015, losing a wild-card game against the Houston Astros. Still, the Yankees are a team filled with vets on the way down rather than in their prime.

Mark Teixeira, 36, has battled so many injuries and just cant hit anymore. He is in the final year of that eight-year contract that delivered a World Series title in 2009, his first year with the Yankees. 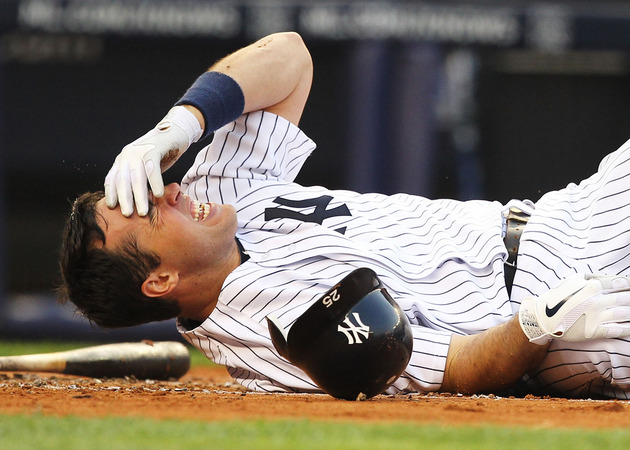 Alex Rodriguez had a tremendous season in 2015 with 33 home runs. But this season, the 41-year- old DH has struggled mightily and is a bench player. Still, hes just four home runs away from 700.

Some have called for the Yankees to ditch both veterans and move on from the past.

The chessboard is a lot different in how you can access talent, Yankees GM Brian Cashman said to reporters recently. You cant just buy talent, you cant just throw money at late-prime free agents.”

Nearly every team that succeeds now endures a shedding cycle, even if it means a down year or two or even three. The Yankees might not have to wait that long, but even if they do, the franchise is moving in the right direction.

And Yankees fans at the gate are telling management all it needs to know. The Yankees have the ninth largest dip in attendance from last season, losing about 2,100 fans per game. Its the second straight season they have seen a drop-off from the previous season.

It tells you the act is old and tired.

But Yankee fans have never been into rebuilding or waiting for kids to develop. For decades, they have paid big bucks to see some of the best players in the game play for the home team. Hence, this is new ground.

Still, sometimes you have to give up something to get something in return. The Yankees are giving up talent, more could be dispatched by the deadline today. In the past, it would have never been accepted.

This time, it should be embraced.