Middle Tennessee State has been starving for an NCAA Tournament victory since the last one, which was during the 1989-1990 season when they lost to the University of Virginia in the second round. In comes Tom Izzo and his tough-minded Michigan State Spartans, led by Mr. Everything senior guard Denzel Valentine.

MSU had all the clout and gloss from the moment the brackets were announced, with many placing them in the Final Four before a single minute of the tourney got underway. But all that ended when the final seconds ticked off the clock of Middle Tennessee State’s 90-81 upset victory.

The No. 15 seed Blue Raiders used a balanced scoring attack to overwhelm and eventually wear down a Spartans squad that usually does that to its opponents. We guess it’s just no fun with the rabbit’s got the gun, huh?

Reggie Upshaw dropped 21 points while Giddy Potts chipped in with 19. The entire starting unit scored leading in double digits. This was the eighth upset of the NCAA tournament and the first time a no. 15 seed topped a no. 2 seed since Florida Gulf Coast jumped all over the Georgetown Hoyas in 2013. It might be, perhaps, the biggest upset in the history of the tournament. 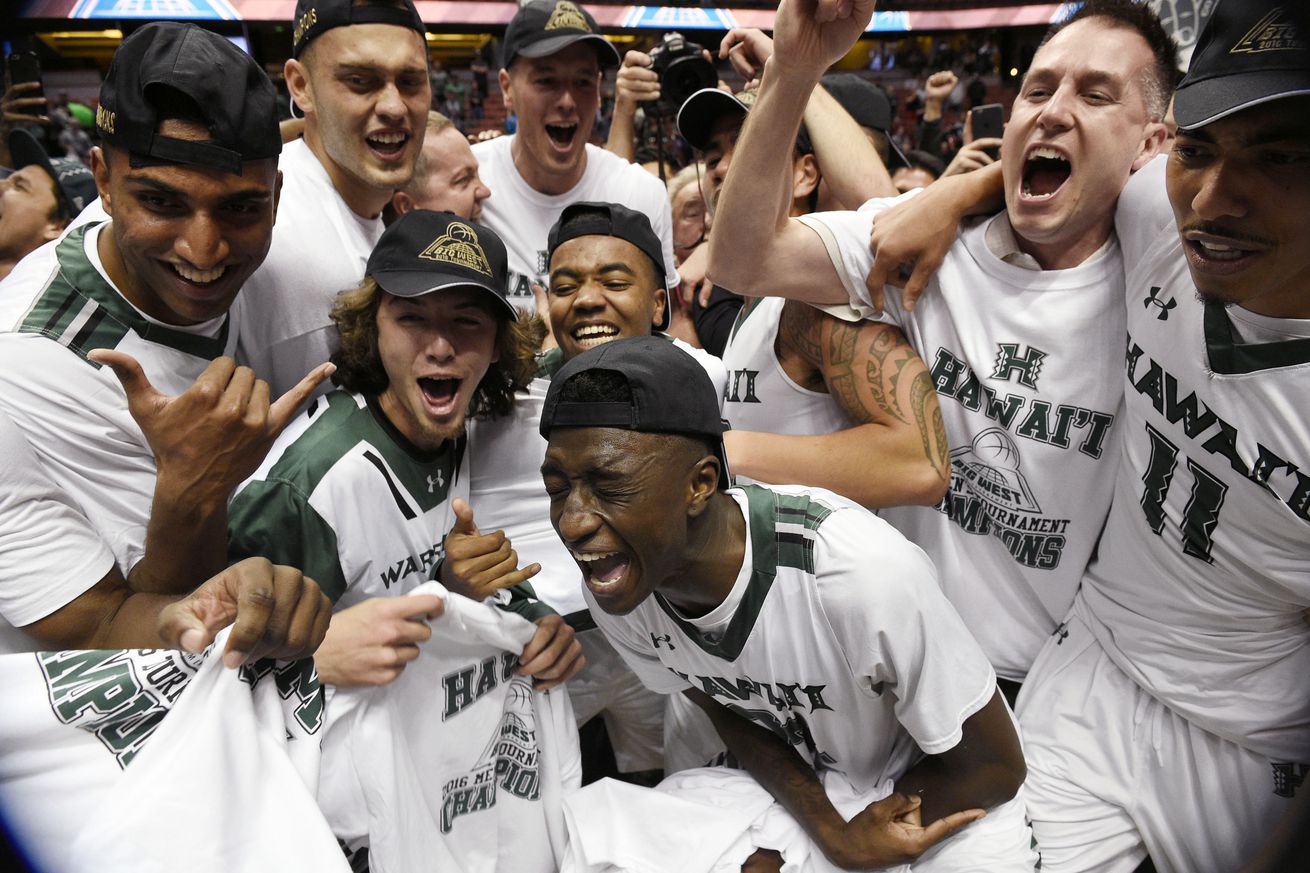 Remember all that talk about how Jim Boeheim’s Syracuse Orange didn’t deserve to be in the NCAA tournament with their 19-13 record? Well, clearly Syracuse freshman Malachi Richardson, a native of Trenton, NJ, must have wanted to silence the critics as he went plum-crazy to the tune of 21 points on some sizzling shooting from beyond the arc in the Orangemen’s surprisingly easy 70-51 victory over Dayton..

Boeheim employed his signature matchup zone which threw the No. 7 seed Flyers completely out of wack.

Virginia Commonwealth University is no stranger to forcing upsets and this year was no different. That No. 10 seed looked awfully funny to me when it first appeared on my bracket and their 75-67 victory over No. 7 seed Oregon State was indicative of that. Gary Payton II did his thing with 19 points, six boards and four assists, but he got very little help from the rest of his crew.

And just when you thought the day of upsets had come to an end, No. 13 seed Hawaii gunned down the No. 4 seed Cal Bears and their roster of future first round NBA Draft picks. But you would never know that Hawaii was supposed to be the underdog as they latched on to the Bears’ throat right out the gate and refused to relinquish it. Two Cal Bears showed up, the rest of the squad may as well had still been asleep in their hotel rooms as Hawaii, which earned their first ever NCAA tournament victory, cruised to a 77-66 win.

Quincy Smith scored a career-high with 19 points, Roderick Bobbitt had 17 and Stefan Jankovic added 16 for Hawaii, who was 0-4 in the last tourney appearances. The Warriors will now face No. 5 seed Maryland in the second round.